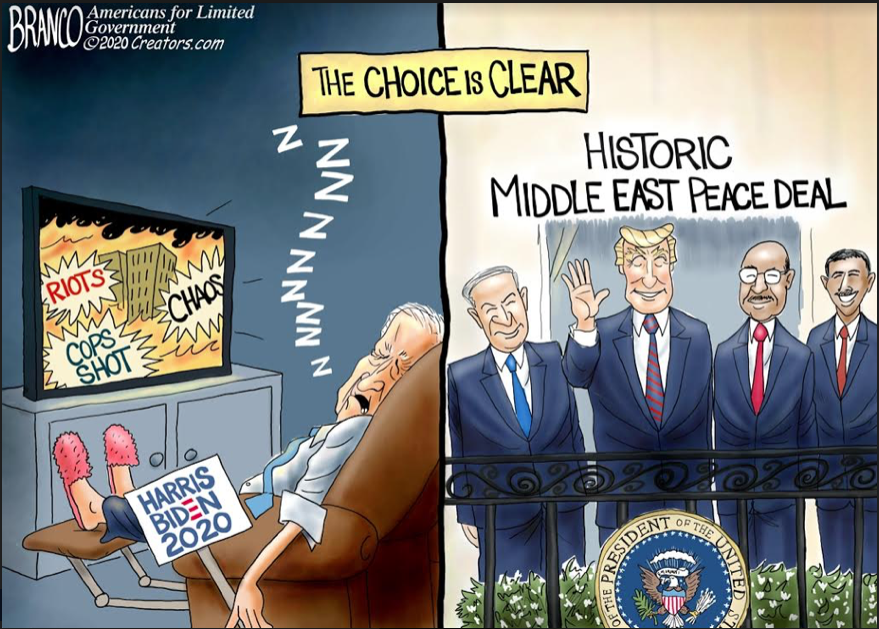 When Donald Trump announced he was running for president in 2016 many thought it was a lark; that he couldn’t possibly be serious. Most of us didn’t see how offended he was by what Obama and Biden had done to America. How concerned he was they had divided Americans by race, religion, and income; reduced our military to cannibalizing parts off non-working ships and planes to get other non-working ships and planes running; made America a subject of ridicule around the world; forced people to work two lousy jobs to keep their families together; and constantly imposed unjust regulations, rules, and taxes on businesses, workers, and schools.

Many people weren’t convinced Donald Trump even wanted to be president. But when they saw him on the debate stage, among 15 other candidates, tell it like it is; they got excited by his candidacy. He talked about the way elites in our country had corrupted the process so they could enrich themselves, and gain power, while ordinary Americans suffered.

He talked about the lousy trade deals, like NAFTA and the China Trade deal, that hurt working Americans so the wealthy and the well-heeled could benefit.

He told the truth about the dumb Iranian deal designed solely to make Obama look good even while it encouraged Iranian aggression, funded terrorism, and gave the Iranians carte blanche to produce a nuclear weapon in 10 years.

Every idea he proposed was clearly about how we make the American people happier, safer, and more prosperous – in short, how we make American great again. It had been a very long time since Americans had heard that kind of language. Certainly not from Obama and Biden who’d spent 8 years telling our own people, and the rest of the world, America was NOT exceptional, NOT great, NOT worthy of world leadership. They spent their time apologizing to the rest of the world for America’s freedom and prosperity – and then doing their very best to undermine both.

Donald Trump is just the opposite. He caught on quickly, learned the ropes, and told the truth. People loved it. Tens of thousands attended his rallies and cheered, shouting ‘“lock her up” and “build the wall.” They cried and laughed, at and with, this guy with the screwed up hair who had never even run for dog-catcher before, much less ever been elected to anything.

The American people were mesmerized: some were enchanted, and others hopeful, that finally someone was speaking out for them. Many others were put off by this billionaire egomaniac who put his name in huge letters on everything he built, owned a 757 with his personal logo plastered all over it, and who was his own biggest fan. But what really drove them is his unflinching courage in challenging the political norms. What those who supported him saw was his honesty, spontaneity, and authenticity. His opponents could only see crassness, arrogance, and showmanship.

You either loved Donald Trump or, well, not so much.

Donald Trump debated Hillary Clinton with her long political resume and massive experience, and he took her to the shed. She badly mis-calculated when she assumed he wouldn’t attack her. It wasn’t the last mistake she’d make.

The pollsters, pundits, and tv news thumbsuckers were ready to call the race for Hillary before the polls even closed, but as election night unwound, more and more states declared Trump the winner. Liberals started jumping out the windows.

Hillary whined and cried and blamed everyone but herself. “How could Americans be so stupid?” They must hate women. They must love reality shows. In either event, they must be deplorable. What the liberals never questioned was their own role in Trump’s success. The lies they told us, the corruption they barely bothered to conceal, their snotty attitudes toward the essentially American values we loved and that defined who we were.

So Donald Trump became the 45th president, but the establishment liberals who thought they knew better than America’s voters couldn’t accept it. Not ever. They worked night and day to hamstring Trump, to sabotage his presidency, even to remove him by insurrection or coup.

Almost daily now, evidence is emerging that shows just how far they were willing to go. It’s seems increasingly obvious that Obama, Biden, and the FBI were in cahoots to spy on the Trump campaign, and then once he won, to tarnish his presidency with false allegations of Russian collusion. If they didn’t have the evidence, it didn’t matter, they just made it up. It’s insane the number of individuals who reported to the nightly news media that Trump was “probably” a traitor, but when under oath, told Congressional committees they had no evidence of collusion, treason, or even much communication between Trump supporters and Russia.

Those chickens are coming home to roost as one senior attorney for the FBI has already pleaded guilty to tampering with evidence.

As more revelations come to light, it’s vital we remember why we elected Donald Trump. He put America and America’s families first, and that’s not the Democratic Party’s ways. Their 2020 platform proves it.

It promises free stuff and special favors for illegal immigrants, college students, union members, and every other aggrieved group they can divide from the rest of us.

It confiscates the wealth from one group, in order to provide free stuff to another group – with a healthy cut for the government middle-man in between.

It calls for restrictions on our freedom of speech while encouraging more political correctness.

It encourages America’s enemies without recognizing our friends. It endorses ideas that weaken our military, hamper law enforcement, and hurt our kids’ chances for a high quality education.

It advances policies that put hundreds of thousands of Americans out of work, penalizes job creators, and once again makes us dependent for energy on foreign countries that hate us.

Nothing’s changed. We elected Donald Trump because he stood up to the elitists and took the side of the American people. The Democrats will never forgive him for that. And they won’t forgive us for supporting him. If they win the White House this November, you can be sure they’ll make us pay.

Greenfield: Black Mayors and Police Chiefs are Being Accused of White Supremacy