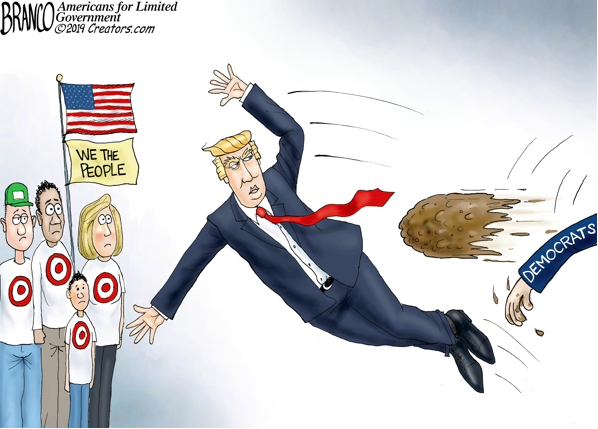 I personally have no doubts that President Trump will win a 2nd term in next week’s election. It’s a matter of common sense. All one needs to do is look at the enthusiasm and consider the history. In 2016, large crowds showed up to Trump rallies, yet the polls told us that Hilary Clinton was destined to win in a landslide. She had a 90% chance of winning according to the pollsters. Her victory on election day seemed only a formality.

To some extent, it was impossible to know just how fraudulent those polls would prove to be. Four years ago, Trump was running for office for the first time. While, his speeches and rallies were far more inspiring than anything Clinton had to offer, the fact remained that Trump was still an unknown quantity. Did Trump supporters and Trump rallies represent only a small yet highly enthusiastic group of people…or did they reflect the feelings of a large percentage of the electorate? Would people stick with a traditional politician or would they choose a radically new direction for the country? It was impossible to know the reality until election day…the day we learned the truth. The enthusiasm for Trump rallies did represent the actual support for the man. Trump won in the electoral college 304 to 227.

It was one of the most astonishing moments (if not the most astonishing moment) in American political history. A person that had been portrayed as having no chance of winning, pulled off the greatest upset ever seen in a Presidential election. More importantly, the presidency was now held by an individual who wouldn’t operate according to conventional political methods. Trump has been anything but orthodox in how he has carried out the duties of the Presidency but all that matters is that he has been a great President. Under his leadership the country has grown stronger. The economy, the military, and many other things have flourished during the Trump Administration. Contrary to what the mainstream media would have us believe, Trump has proven to be a highly competent and effective President.

Trump’s victory in 2016 was also quite revealing. We learned some ugly truths about our own country in the process. While the news media has always leaned towards the Democrats, they dropped all pretense of impartiality in 2016. The Democrat Party, embarrassed by Trump’s win, also took off the gloves. They impeached the President based on bogus information and pretenses. When that failed, they decided to shift radically left, attempting to portray themselves as the opposite of Trump.

Now things seem to have come full circle. In 2020, we are being told that Joe Biden will easily defeat President Trump, and that Trump has no chance for re-election. However, as in 2016, this makes no sense. Trump rallies are as popular as ever. Crowds are chanting ‘we love you’ to the President. Not even the great Ronald Reagan had people chanting ‘we love you’ to him. In fact, I’m not aware of any President being greeted by such a chant. I haven’t had the opportunity to attend a Trump rally, but I’d be joining the crowd in their chant. Why all the love for the President? Who ever heard of people sincerely expressing love for a politician?

The answer is easy: Trump isn’t a politician. Over the past four years, he has remained above establishment politics. He hasn’t sold anyone out. Unlike most candidates elected to office, Trump has kept his promises. He has built the wall…he has secured our borders…he has withdrawn the United States from deals that don’t benefit us. He has remained faithful to the notion of American exceptionalism. By golly, he makes his supporters proud to be American! Of all people, shouldn’t the President of the United States, above all others, represent American patriotism?

In stark contrast to President Trump, we have Joe Biden, the Democrat Party, and the mainstream media (which for all intents is the propaganda department of the Democrat Party). The Democrats want us to believe that America is no good, that American heroes of the past were villains that our country isn’t the land of opportunity, and that law and order is unnecessary. They hate their own country and they see socialism as the answer to all our problems. So, to no one’s surprise, this platform is inspiring no one…or at least no one who is in their right mind. So, just as we saw in 2016, no one is attending Democrat rallies. No one cared to show up to support Clinton and they seem even less interested in showing up to support Biden.

Why should I believe the polls? They were wrong four years ago and based on what I can visually see, nothing has changed. I refuse to believe America has lost its mind. What has Trump done during his time in office to alienate those who voted for him? Nothing. What has he done to win over some of those who didn’t vote for him? Plenty. I’m confident that Trump will once again roll to victory because I can narrow it down to one specific thing: American IS the land of opportunity and those who are successful are often those who work the hardest. Trump is holding many rallies while Biden largely stays in his basement. Who wants it more? Who is working hardest for it? Trump.

So, as Trump closes in on a second term, he should and will accomplish things of a massively historic nature as he continues to right the ship and get America heading towards capitalism and prosperity. This is bad news to his enemies:

There are lots of great things Trump can do during his second term. I’ve only listed a few. America is going to be greater than ever! It is time for optimism!