Politics is a curious animal. It has been described as blood sport, Rush Limbaugh has characterized it as, “show business for ugly people”. Quite often, the things and people you think could never happen often do, especially in 2020. It is a rough and tumble practice not for the faint of heart. This might be seen by most people as simply a local story; a story of what happened in one place. But as you read, think about where you live, and the candidates that not just you and your neighbors support, but who your state Party supports, and just how much they know about who runs under the banner of their Party.

Missouri’s first congressional district is like a lot of other places. There are good parts and bad, affluent people and working class. It includes the city of St. Louis, which has not had a Republican mayor since 1949. That should give you a good idea of the political make-up of the area. Urban legend has it that back in the late 60’s, perhaps in one of those famous, or infamous smoky back rooms, a deal was made. The Democrats at that time were trying to get William Clay Sr. elected as the first African-American Congressman in the state. The story goes that in order to do so, Republicans would basically “cede” Missouri’s largest urban areas, St. Louis and Kansas City to the Democrats in return for the rural areas of the state. Long story short; Democrats get the cities; Republicans get the rural areas. Neither one touches the other one’s “turf”.

Whether this is the stuff of urban legend, no one knows, those who may have been in on this mafia-style dividing up of territory are long gone, and if they made any death bed confessions to a still breathing soul, said breathing souls are not talking. Here are the facts. Yes, St. Louis city and the surrounding area have always been a Democrat stronghold, and those numbers have only grown. But why won’t the Missouri Republican Party support the candidates who run in this district? There are several former candidates, many of them African-American, who will tell you that they got no support whatsoever from the state Party. It is as if they will not even pay attention to those races.

This year, it appears we have proof that the state GOP does not pay attention to Missouri’s first congressional district. Case in point, meet Anthony Rogers. 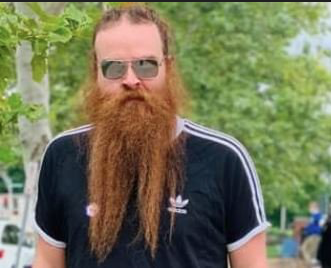 Anthony Rogers is new to the political arena. His bio describes him as an actor/comedian. His resume lists some podcasts and a few movies. There are old sayings like, “first impressions are everything”, and, “dress for the job you want not the job you have”. Anthony Rogers says he introduced himself to the area’s Republicans by showing up to local Republican meetings in shorts and a T-shirt. That is fine, if you are in your basement playing video games, a location Rogers implied he would be in lieu of having to show up at a meeting. And Rogers certainly fits the description of your textbook gamer. He sports what might be described as a “ZZ Top” beard, and an equally popular hairstyle among millennials known as the “man bun”.

While looks do not always tell the story, Rogers behavior and language did that for him. He immediately attacked his opponent, including a few F-bombs along the way. He did not appear to have any stance on any issues that voters might care about with the possible exception of immigration. He took a few questions from those at the meeting, but when challenged, he accused that person of being a “Democrat plant” on more than one occasion. After being called out on his language by several people in the room, Rogers and the few that were with him did not stick around after the meeting.

While this might look like a hit job on the candidate, it is not. In fact, there is plenty of blame to go around. It is easy, but let’s start at the top. The Missouri State Republican Party has again, for years ignored the needs, the predicament, and the people of this district. Was it in order to fulfill a long-time-ago agreed to shady deal? Who knows. What needs to be asked now is how did we get to this point? How did this person, who clearly sees this run for office as some sort of addendum to his comedy routine, get elected? How did he sneak under the nose of the State Party? And most importantly, does the State Republican Party find the residents of this district so disposable that they feel that they can continue to let “candidates” of this caliber make a mockery of this congressional seat and the Missouri Republican Party?

The blame however, does not just lie with the State Party. This should be a lasting lesson not just on the people of this district, but a reminder for anyone interested in the political process to do your homework. Research your candidates. We are all busy, we all have kids, jobs, lives. The reality is that it is sometimes very hard to be the educated voter we all want to be. But don’t just research the candidates, research your local and State Party. Are they paying attention to the voters? There has been more than one election cycle where trips have been made to the State GOP office trying to make the powers that be aware that the citizens of the MOCD1 feel they are being written off and ignored. No one listened. Now the people have to pay that price.

It remains to be seen what will happen in November. More than likely, the same thing that happens every election in MOCD1, a Democrat will be elected. But at the least, the people of this district deserve a fair fight. It should make everyone ask themselves, could it happen where I live?

Whether Leftists Win or Lose This Election, Don’t Assume 911 Will Work in Your City