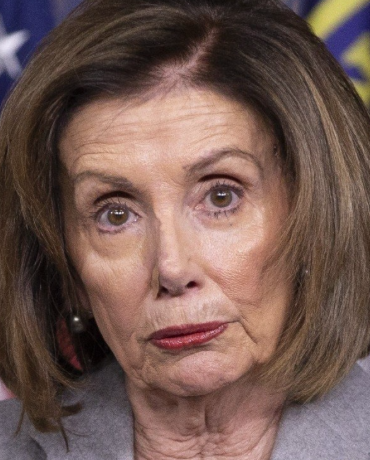 I know beyond doubt that there are still good Americans in Congress who are registered Democrats. Most are probably from districts that are close to a 50/50 split between Republicans and Democrats but, for some reason, picked a Democrat for Congress. Or maybe they have a history of voting for moderate Democrats – what we once called “blue dog” Democrats.

These are among the Democrats that people like AOC go after every two years so that she can replace them with loyal socialists who enthusiastically join Nancy Pelosi’s army of robots.

These robots jump when Pelosi says jump, then in mid air, ask if it’s high enough.They have no original thoughts, and if they dare voice their own ideas, Nancy comes down like a ton of bricks. Her power isn’t limited to Congress, Democrat members of the US Senate are just as frightened of landing on the wrong side of the Speaker. Obama and Biden were also terrified of her.

I can’t believe our founding fathers wanted a Speaker of the House so powerful she could force the rest of her party, up and down the line, to dance to her tune. Granted she is the third in line of presidential succession should something happen to the President and the Vice President. Now that’s a terrifying thought given our current Speaker.

I know for a fact there are Democrats in Congress who believe the government should be helping small businesses and those who have lost their jobs due to the pandemic. Nancy Pelosi could not care less about these businesses or the working families who are suffering.

She refuses to do a damn thing to help them unless Republicans agree to more than a a trillion dollars in bail outs for progressive politicians who have mismanaged their cities and states. Cities and states run by progressives owe hundreds of billions of dollars to public employee pension funds. How did this happen? Simple. Progressive politicians sold their soul – and their taxpayers’ futures – to public employee and teacher unions for political and, especially, financial support.

Democrats promise to do their bidding — bigger pay, fatter pensions, end charter schools, earlier retirement, teacher tenure (even for the worst teachers,) union control of curriculums, and on and on it goes. In exchange, the unions supply millions in political donations. It’s a system as corrupt as it gets.

Just to be 100% clear, Nancy Pelosi believes all American taxpayers should chip in at least a trillion and a half dollars to bail out leftist politicians who have hung their own taxpayers out to dry in order to gain and keep political power.

To put it another way, the American taxpayers become poorer and the leftists who sell out their own people to public employee and teacher unions get fatter and richer.

And it won’t work. Bailing out corrupt and incompetent politicians today allows them to do the same thing all over again. In a few years, we will be right back where we started. And when it happens, we’ll have Nancy, or someone like her, demanding that again we reward leftist corruption.

Pelosi believes she is the ultimate leader of a vast cadre of elitists in the United States. She believes the laws don’t apply to her or her elite class – she thinks all she has to do is snap her fingers and us little people will do her bidding.

She never dreamed someone would stop her; that someone who would stand in her way and remind her who really matters, the people of America she is supposed to serve. That’s what President Trump has done, and it’s why she will never forgive him. But Donald Trump will continue to fight her … when she tries to deceive Americans, raise their taxes, kill their jobs, deny them the best health care in the world, and make illegal immigrants citizens so Democrats never again have to contend in a competitive election. America First! Not a phrase that exactly causes Pelosi or her army of robots to swoon.

Nancy Pelosi, since she became Speaker, has blocked nearly every legislative initiative Donald Trump and Republicans have tried to move through the legislative process.

Nancy cheered as Biden and Obama tore down our military, she and her robots refused to stand for a young single mom and her daughter who Trump announced at the State of the Union would receive an opportunity scholarship.

They refused to stand when the president introduced a heroic cop. And they almost booed when Trump told the American people that more minority Americans were working then ever before; and that they were making more money than ever before.

Nancy and her robot clowns totally ignored the Chinese virus in favor of pursuing an unfounded impeachment trial against Trump … with no proof, no evidence, and no witnesses. And this was after she self-righteously claimed she’d never move on impeachment without bi-partisan support. She never got it, but she moved forward anyway.

In fact, Nancy was so busy fighting Donald Trump, she had no interest in fighting the pandemic. She, along with her East Coast soul mate, Bill de Blasio, even encouraged all their constituents to forget the pandemic and party in China Town.

The irony is that as much as Nancy hates Donald Trump, that’s how much Trump’s voters hate the corruption personified by Pelosi and all her robot friends. Nancy hasn’t changed. But voters have a chance to change her job this November, while keeping Donald Trump in his. Now that’s the comeuppance Nancy Pelosi deserves.

Greenfield: The Rising Islamic Threat in Austria Strikes a Synagogue