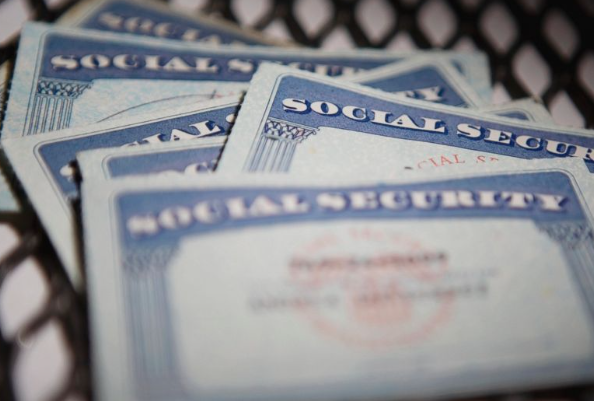 Some of the best ideas for my writings come from some of the ridiculous thinking among commenters on Facebook. Yes, I participate, but primarily in hopes that in some small way the voice of sanity will occasionally break through the bubble of leftism and awaken some useful idiots into sanity again. Hope springs eternal, right?

In a recent thread a writer took exception to the idea of ending Social Security as we know it today and replacing it with something different that allows people to have individualized control over their retirement while ensuring that nobody ignores the need for retirement funding and expects taxpayers to foot the bill 50 years later.  With Social Security still making some waves in the current political campaigns, most notably with Biden claiming Trump will end it, it seemed a good time to revisit the issue.  My response to the complaining post follows:

Common sense tells us that the current system is unsustainable as the number of working-age adults declines with the retirement and death of many boomers. What I am suggesting is a gradual phase out of the present system to one that puts at least a modicum of power back into the hands of the people themselves.

To protect the people generally from those who will not do what is best for themselves, a small percentage of wages would still be withheld (likely less than currently is the case) but it could be invested in a variety of opportunities that could be decided by the wage-earner (like a 401K is handled now). Any employer contributions would be determined by the sort of retirement benefits already offered by the company on a sliding scale. If the employer provides a match to a 401K plan, then the employee would be eligible for that plan with any funds placed in their account being subject to transfer to the “New Social Security” account if they leave that employer.

The funds would remain sequestered in a private account but administered by a designated entity approved by Social Security. If an employee moves to another employer, the same process could be repeated there. If the employer offers no plan, then they would match the employee contribution as is currently done but the contribution would, again, be kept separate and owned by the employee.  In addition to the mandatory minimum withholding (to keep someone from not contributing something to their later years’ upkeep) more could be voluntarily withheld and deposited into that person’s account if they chose to do so, again, as is done with a 401K plan.  The difference is that they could recover every cent they contributed when they retire or should they become disabled before retirement.

This system could be implemented immediately for people who are more than 25 years from retirement age (which, due to increasing longevity, could be determined to be 62-65-68-70 years of age). Any contributions already made to the old system could be re-allocated to individual accounts for these people.

Those with less than 25 years would remain in the current system and within about 50 years you have phased out the last of the old system completely.

There is nothing wild or extreme about this approach, but it does provide a greater amount of personal freedom while still safeguarding the public from being responsible for supporting indigents in their old age because they were irresponsible and did nothing to prepare for it.

Eventually, such a system could be freed from government control completely through the use of private investment management companies. The returns would be far greater than the 2-3% currently used as the benchmark for the money contributed to the Social Security system which is paltry when compared to modest private investment vehicles.

Only those who expect some sort of iron-clad guarantee in life that nothing bad will come upon them would object to having more self-control over their futures. Life is full of risks, but the leftists have continually pounded the dogma into the people’s minds from childhood that risk can be completely avoided if you let government be your all-encompassing protector.

‘Breeding dependence’ is what I call it and it has worked well. It is like putting an entire population into individual little bubbles so that nothing can ever harm them. It is both unrealistic and a sick sort of way to destroy any incentive for self-determination. That, itself, sucks the life and the joy out of someone by the time they are out of High School. Also keep in mind that the bureaucracy that supports the current Social Security system is monstrous and could be significantly reduced by allowing those private accounts to opt for private management selected by the individual or assigned to a manager selected by the smaller Social Security system.

As to why I don’t give up the SS fund myself (I was asked) – I am 72 years old and contributed nearly $90,000 to my SS taxes (not counting Medicare which I do not use because I am covered by the VA – although I get no refund of that payment either) and will be lucky if I break even on my “investment” before I die.