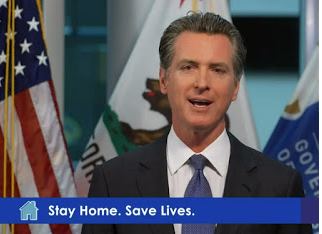 The media shot back at public disgust with Cuties, a Netflix film, with sneers about QAnon.

Dismissing objections to Cuties, a movie sexualizing young girls that would have been illegal to film in this country, as a right-wing conspiracy sums up a poisoned marketplace of ideas in which nothing is so unacceptable that it can’t be normalized by associating it with the other side.

The normalization of pedophilia is usually accompanied by references to QAnon, as if only conspiracy theorists could possibly object to the sexual exploitation and abuse of children.

The release of Cuties comes as California, where Netflix’s headquarters and that of the entertainment and tech industry that it intersects, is located, turned SB-145 into law.

Unlike a lot of California bills which have dramatic names, SB-145 carries a bland tag: “Sex Offenders: Registration.” Its digest curtly states, “This bill would exempt from mandatory registration under the act a person convicted of certain offenses involving minors if the person is not more than 10 years older than the minor.”

A 24-year-old year-old sexually abusing a 14-year-old would qualify.

“This bill has no application to anyone under the age of 14,” Senator Wiener assured.

The bill, introduced by Senator Scott Wiener, who represents San Francisco in the State Senate, was passed by its Democratic majority, while the media sympathetically presented it as fighting anti-gay discrimination, and Weiner, as being targeted by QAnon harassment.

It’s not just fictional pedophilia that can be normalized through ideological tribalism.

SB-145 passed the California State Senate by 41 to 25, and Governor Newsom signed it into law even while massive wildfires were turning the skies of San Francisco an ominous red.

Modern leftists, like members of any fundamentalist faith, are capable of seeing a message in a firestorm, but only the one that accords with their theology in which sexually abusing children is a step forward for civil rights, while failing to set up enough solar panels is a grave sin.

“Mother Earth is angry. She’s telling us — whether – she’s telling us with hurricanes on the Gulf Coast, fires in the West, whatever it is, that climate crisis is real and has an impact,” House Speaker Nancy Pelosi told MSNBC while playing oracle to her imaginary goddess.

Democrats can hear Mother Earth, they can’t however hear the cries of abused children.

Normalizing pedophilia is the inevitable outcome of the leftist shift from individual rights to identity politics. Children are only protected from abuse by the vestiges of a criminal justice system that is being dismantled by leftists because it oppresses those groups who disproportionately engage in criminal behavior. In a worldview in which criminals are victims and victims are criminals, the rights of pedophiles are more morally compelling than their victims.

Children are not an oppressed group and their rights are often sacrificed to the demands of identity politics, whether it’s Somali Muslims engaging in female genital mutilation in Minnesotta, a bill tackling the question was opposed by Ilhan Omar, or chemically castrating young boys to make them identify as girls, there are always collective issues of identity politics, the assertion of some oppressed group’s rights, that are more important than the bodies and lives of children.

When ideas are more compelling than people, then people are sacrificed to ideas. And a society that is increasingly uninterested in the old family structures is sacrificing children to its ideas.

Modern Molochs have many ideas for saving the world by passing children through the flames.

Environmentalists insist that people shouldn’t have children to save the planet. Feminists argue that people should abort children for gender equality. Activists who claim that there is no gender are tinkering with children to demonstrate their ideas. Critical race theorists are indoctrinating children with their poisonously racist ideas in kindergarten. Why not throw in a little pedophilia?

Two parallel moral systems are inhabiting the same country, the vice of one is the virtue of the other, and only one of those moral systems is shocked and horrified by the abuse of children.

After the United States attempted to extradite filmmaker Roman Polanski for drugging and raping a 13-year-old girl, an army of famous celebrities signed a Free Roman Polanski petition.

“In Roman Polanski case, is it Hollywood vs. Middle America?” the Los Angeles Times asked.

That’s the Cuties situation again. And Hollywood has a way of winning these fights. Roman Polanski may have successfully avoided extradition from France to America, but Harvey Weinstein has spent the better part of the year fighting extradition from New York to LA.

Due to the pandemic, the extradition hearing has been delayed until December.

And by the time Harvey gets shipped over to Los Angeles, California Democrats may find a way to change the law to make it more accommodating toward these so-called crimes.

Culture is more compelling than law. It’s why Harvey Weinstein was able to get away with it for so long. Rape might be on the books as a crime, but in an environment in which no one thinks it’s a crime, no one will report it, and hardly anyone one will enforce the laws if they do.

And the entertainment industry is at least as abusive toward children as it is to women.

Netflix, with a market cap in the neighborhood of $200 billion and 200 million subscribers, has far more power than any mere studio, and Cuties is a test of that power in the same way that Harvey Weinstein tested his power. After a certain number, money becomes meaningless. The degeneracy of absolute power comes from powerful men pushing their appetites to the limit.

And there’s no place where the ruling elite push their power to the limit as much as California.

The average person, even perhaps the average Netflix subscriber, may be disgusted by Cuties, but a brief history of the entertainment industry and the nation’s morals shows that Americans have been adapting their tastes and tolerances to those of their entertainers for 70 years.

Not the other way around.

Complaints like “Shut up and sing” or “Don’t preach to us” are hollow protests when pitted against the power of someone like Netflix CEO Reed Hastings or Amazon CEO Jeff Bezos.

We live in Hollywood’s world where marriage, family, and religion are on the decline.

Mere law, as California showed us, won’t stop the normalization of pedophilia, and public revulsion won’t either. Is there reason to think that the same cultural machine that convinced a majority of the country to support men showering with young girls will fail for the first time?

In 2016, a majority of Americans opposed the idea. By 2017, a slim majority supported it, and by 2019, a majority were in favor of a law that would force transgender bathroom use.

That’s the rate of speed at which these battles are fought and lost these days. The Bostock decision, in which Gorsuch and Roberts joined the leftists in inverting the meaning of sex, was inevitable if you were paying attention to the polling, not in rural Arkansas, but in New York, D.C. and San Francisco, and the major cities that act as incubators for the ruling class.

(And if you want conservative judges, try looking in rural Arkansas, not the Ivy League.)

How fast can actual pedophilia be normalized? We may find out sooner than we think.

America is undergoing a catastrophic clash between two incompatible moral systems, one of which, as Yeats wrote, lacks conviction, while the other is full of passionate intensity. Both moral systems are highly detailed ways of explaining the world and the place of human beings in it.

But only one of them believes that what we do as individuals, apart from the group, matters.

Only one finds value in the existence of a child, not as a prop for an idea, but as a person.

Their messianism of the collective liberation of all has no room for individual rights or morals. Decadence isn’t a sin, it’s revolutionary. Liberation requires the destruction of the old mores, and, even when practiced on a child, sweeps away the old repressive order with its false ideas about sexual morality and replaces it with the creative destruction of the endless revolution.

That’s why prominent figures in the German, French, and British Left openly endorsed pedohphilia in the seventies, only to have the awkward fact swept under the rug afterward.

The Left is not a mere ideology. It is a belief system with its supernatural elements, like Mother Nature, with redemption, damnation, and a crusade whose value system is being perpetuated through government institutions, schools and universities, and through the entertainment industry that has become the common culture of a country whose people have little in common.

It’s not enough to cancel Netflix, turn off the NFL, or skip the latest movie. We must restore the soul of a nation, its values, purpose, and meaning that popular culture displaced and replaced.

Or we will find out that what’s coming up next is a thing worse than we can even imagine.