“I would have so much more respect for the Bail Fund if they had bailed him out and then let him stay in one of their homes,” Suffolk County District Attorney Rachael Rollins blasted the Massachusetts Bail Fund.

A statement from a DA blasting the MBF for freeing a rapist wouldn’t usually be extraordinary, except that Rollins, whose campaign was backed by George Soros, was supposed to be different. Not only had Rollins run on a pro-crime platform promising not to prosecute shoplifting, breaking and entering, and resisting arrest, but she had reacted to the Black Lives Matter riots with a hysterical rant about her rage and the white community.

Rollins had dismissed the damage from Black Lives Matter riots because it “could be fixed”.

And then the Massachusetts Bail Fund freed Shawn McClinton, a convicted sex offender, who had been accused of raping a woman a few weeks after he was let go, leading Rollins to snap.

The Massachusetts Bail Fund, whose motto is “Free them all”, really meant it. 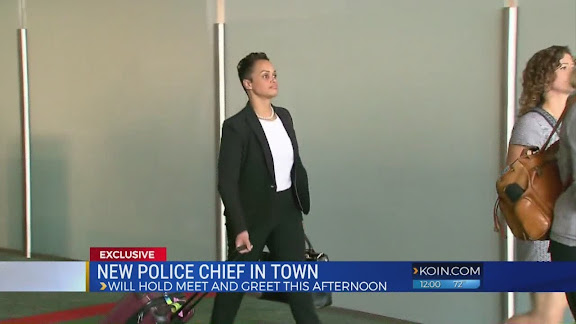 The problem that Rachael Rollins, the first black DA of Suffolk County, a pro-crime black nationalist activist, ran into is a familiar one for a new generation of leftist politicians, many from an identity politics slate, who learned the hard way that they will always be out-radicaled.

It’s no longer enough to just support riots and property crimes, you have to support rapists too.

The Black Lives Matter wave destroyed the credibility and leadership of a new wave of identity politics Democrats who had seemed exciting until they were actually tested and failed miserably.

A few years ago, Jenny Durkan was being hailed as the first lesbian mayor of Seattle. Then she was besieged by a Black Lives Matter mob, and, after hailing CHOP as a new Summer of Love, had no choice but to shut it down. Carmen Best, Seattle’s first black police chief, was forced to resign after facing police defunding budget cuts that decimated her department.

Chief Danielle Outlaw, formerly Portland’s first black police commissioner, who got away from the city’s perpetual riots to become Philadelphia’s first black female commissioner, discovered that there’s no escaping the violence. Many of the cities at the center of the violence have tried appointing black police leaders and electing black DAs only to realize that doesn’t appease.

“The fact that I, as a very obvious African American female police chief, have been accused by those within that group or those who support that group, as being a supporter and protector of those who are believed to be white supremacists—if that’s even the case—is ridiculous. Right?” Chief Outlaw had wondered back in Portland.

Chief Outlaw may have thought that she would leave that kind of craziness behind when she left Portland, but she was soon being accused of white supremacy in Philly when the police didn’t crack down on white business owners protecting their businesses from BLM rioters.

“We do not condone any acts of violence, and as an agency we don’t take sides,” she argued.

Lori Lightfoot’s victory was supposed to calm the radicals in Chicago who had bedeviled Rahm Emanual. The city, for the first time in its history, had a number of firsts, a black female lesbian leader, who represented everything that the identity politics slate wanted or could possibly want.

But the pandemic and the riots left her hopefully outmatched and outclassed. Like many other leftist city leaders, Mayor Lightfoot was forced to ban BLM rioters from rallying on her block.

Black Lives Matter activists were soon accusing Lightfoot of “creating problems in black and brown communities to protect white people” and having “bloodied people for their disobedience to white supremacy”, by which they meant taking the minimum possible steps to stop the riots.

And so the black lesbian mayor of Chicago had officially become a white supremacist.

The speed with which the ‘firsts’ who break glass ceilings become the enemy is breathtaking.

Los Angeles DA Jackey Lacey went from being hailed as “the first woman and first African-American to serve as Los Angeles County District Attorney” to having her house besieged by Black Lives Matter racists and when her husband waved a gun to get them to leave, he, like the McCloskeys, was charged by the connivance of the Democrat machine.

“A lot of the cases that people shout the loudest at me about are those cases where the man who was killed had a gun or was shooting someone or harming someone,” Lacey pointed out.

But, like the right to rape in Suffolk County, harming and shooting someone is a right in LA.

You can even run on a pro-crime platform backed by George Soros and it’s still not enough.

If the problem really were racism, it would be solvable. But radicalism has no stopping point. As soon as a mayor, a DA, or police chief seems to fit the bill, they’re not radical enough.

Mayors, DAs, and police chiefs who try to actually do their jobs are the first to fall.

Just ask Danielle Outlaw, who was hounded out of Portland, or Carmen Best, who was forced to resign in Seattle. Checking the right identity politics boxes doesn’t matter if you’re not a radical.

But no amount of radicalism is ever enough. Just ask Rachael Rollins.

History is full of examples of revolutions where the radicals ate each other. The story of CHOP and of Portland’s over 100 days of rioting, the guillotines and people’s committees, is the familiar one of the French and Russian revolutions, of the radicals killing anyone less radical until there’s no one left except either a tyrant or a populace who is tired of the endless violence.

What the revolutionaries want is a society so unlivable that it even horrified a Soros DA.

The most obvious symptom of a political movement’s descent into extremism is its inability to describe the problem. Extremism has no language for criticizing its own extremism except by warning that it’s undermining the larger cause. And that’s been the Democrat response. The riots and the crime, they keep warning, are eating into Biden’s lead in some swing states.

That’s a compelling argument for those making it and a contemptible one to those it’s made to.

Not only the Democrats, but even the Left, and even the radicals are losing control of a movement that is turning on them for not being radical enough. And no amount of identity politics can stop the crackup of a movement that has lost its mind and its brakes.