Even though the racist organization had demanded the dismantling of the Virginia Beach Police and its judicial system, it had dedicated its Shut Down the Oceanfront 2.0 rally on Independence Day to demanding that the police, whom they wanted to eliminate, arrest Manny Wilder.

“We are calling for Hampton Police & Virginia Beach Police to get this menace off of the streets IMMEDIATELY!” the hate group had posted. 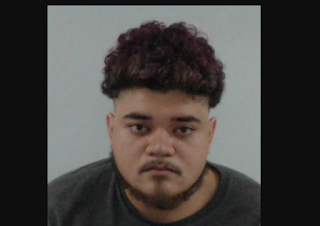 The lines of Black Lives Matter radicals, most of them white, crowded the street demanding that the police arrest and put away a black man. A skinny white girl in an oversized Black Lives Matter t-shirt brandished a pricey cell phone while screaming at a tired police officer. An obese white man wearing a stretched BLM shirt mumbled incoherently through the folds of a mask.

And then everyone, white hipsters and occasionally black people, marched down the boardwalk screaming, “Black Lives Matter”.

Except for the life of Emanuel “Manny” Wilder.

Black Lives Matter 757’s Facebook post complained that “MannyWilder is still a free man on minimal charges”. And Manny was one black man they didn’t want to see roaming the South.

Manny was one of many drivers to be caught in the tide of Black Lives Matter violence. And, like many of those drivers, he made a run for it, past the racist mob that was coming after him.

“I was creeping forward. I wasn’t going to stop because we were under attack. I mean look at my arm. We were getting attacked. They literally knocked my dog out. They hit my fiancé with a bottle as she was riding in the back of the pickup,” he told a reporter a day after the attack.

Even though video showed Manny being attacked by one of the Black Lives Matter rioters and photos showed that his arm was bloodied and his truck battered, none of the BLMers were busted. Instead the authorities came after the “white male” who had confronted them.

Manny’s mother is black and his father is Mexican.

The media had assumed that Manny was a white male because his truck was flying American flags. Who, except a white racist, the media concluded, would have American flags on his truck? Anyone flying the flag and getting into a fight with Black Lives Matter must be a white male.

And four months later, most media accounts still haven’t acknowledged who Manny is.

The Virginia resident is not the first black driver to end up in a confrontation with Black Lives Matter thugs. In the worst incident to date, Secoriea Turner, an 8-year-old black girl, was shot and killed at the Black Lives Matter protest for Rayshard Brooks in Atlanta while her mother was trying to make a U-turn around the barricades erected by the violent racist hate group.

The alleged gunman’s lawyer claimed that he was protesting “peacefully.”

But at least Secoriea was safely out of it and couldn’t be arrested for interfering with a Black Lives Matter riot. The same was not true for Manny or other black drivers similarly arrested trying to escape the illegal roadblocks and violent assaults of the racist hate group.

Manny’s story is a familiar one. He tried to evade the Black Lives Matter bigots, came to a stop when one of them blocked his vehicle, was assaulted, and then did his best to escape. The hate group accused the black man of shouting racial slurs at them and trying to run them over. The media echoed the BLM narrative, falsely claiming that the hate group members barely survived.

And Manny, who is black, was turned into a white male who shouted racial slurs at the rioters.

“Of course people are going to get upset. This is a protest. It is very clear what we are doing. You shouldn’t even been on the street, which you were,” a Black Lives Matter 757 organizer ranted.

So much for the peaceful protests.

But while Manny’s Black Lives Matter attacker wasn’t charged, he was hit with charges of reckless driving, disorderly conduct, disturbing the peace and abusive language. Black Lives Matter 757 was right that these were “minimal charges”. These weren’t real criminal charges because the black driver targeted by the racist hate group hadn’t done anything illegal.

Manny was just one more sacrifice that local authorities had to make to the racist lynch mob.

Meanwhile, Black Lives Matter activists and supporters had widely circulated Manny’s name and address, along with pictures of his fiance, on Facebook and Instagram. And despite the social media company’s eagerness to censor militia groups, it did nothing to stop the doxxing.

“Yes sir, see you then. Wanna beer when you come?” Manny asked.

“Put it on your head, I’ll play target practice,” was the reply.

“Anybody know where #MannyWilder is hiding out at? I’d like to pay him a visit,” a white supporter of the BLM hate group posted on Facebook, and then added Manny’s address.

A white political science student boasted of having “screenshotted his location”.

Yet another white BLM supporter commented, “why does he look like a coconut”, a racial slur implying that a black man acts white, followed by three skull emojis.

The media, in its typically biased fashion, failed to report on the harassment or death threats.

Instead of staying to face the lynch mob, Manny got out of Virginia Beach, was tracked down and arrested in Florida, before being sent back to the local authorities and the BLM lynch mob. He was only arrested in Florida because he “fit the description of the person they were looking for, but he ended up not being the suspect”. The irony of the profiling should be obvious.

Manny’s back in Virginia Beach now and faces a biased system aimed at lynching him.

The irony of Black Lives Matter organizing a lynch mob to hunt down a black man, and then dispatching white protesters to demand that the police and justice system they claim represents white supremacy do the lynching for them is also abundantly obvious and obscene.

Virginia Beach isn’t going to all this trouble during a pandemic and the breakdown of law and order to secure a suspect from another state for using “abusive language”. It’s doing it to appease the Black Lives Matter lynch mob and keep them from spoiling another weekend.

“I was flying the American flags. Everyone wants to stand for what they represent, ” Manny had told a reporter. “I represent patriotism. I stand for the unity of one. I support Black Lives Matter, but I do not support the violence.”

Manny’s Instagram account now carries a different message, “Better to be judged by 12 then carried by six.”