I am risking folks thinking I am just another old guy reminiscing about the past and I admit that we can overdo that. The past is past and here in the present we should do all that we can to assure that future generations will have a better life. The problem is that there are too many who have a perverted view about what would be better for our society. Hence we are faced with anarchist groups that Socialist Democrats, like the Biden/Harris ticket, excuse as victims. Victims who have the right to vandalize and commit arson. 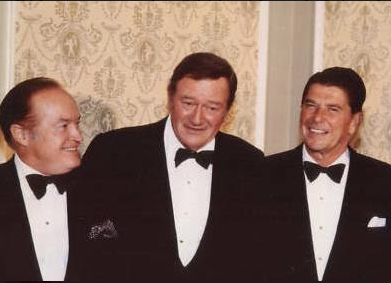 I must talk about the entertainment media having grown up as a fan and a user of the media in my classes as a teacher. A media I love. Sadly what has been happening is the film and TV industry using a degeneration of society for story purposes. And promoting things we would never want our children involved in. I would never say that the golden age of Hollywood was a time of virtue and purity. However, there were expectations and while film makers and their stars may have felt restricted, there seemed to be some effort to keep programming family friendly and faith was not discouraged. I know I am not alone in missing the great films and TV shows of the past as the many cable TV channels have big audiences for the old productions they show. There may have been restrictions in the golden years of Hollywood however it would seem that the ones making these productions knew where to draw the line.

It is good news that we are getting away from the idea that good films can only be made in Hollywood and that it is a task strictly for the so called big studios. Today we have independent film companies growing all over our nation and though faced with the obstacles of finances and distribution, this is being overcome. The DVD market is growing by leaps and bounds and Covid 19 has taught us that you do not have to go to a theater to see a good film.

Things have changed for stars too. I have interviewed many who are strong Christians discriminated against because of their faith. Wearing a cross in a film or even on the set has been prohibited according to reports I have read. Actress Grace Lee Whitney tells of one time being fired from a film because of a comment she made. A director and an actor was arguing whether Elvis Presley was “The King.” Grace Lee commented “Actually the King is Jesus Christ.” She was given her walking papers.

There was a time when acting performers were given a little more leeway when it came to their personal beliefs and I have to reference some film icons of the past. One in particular, Humphrey Bogart. Bogart made a name for himself in the thirties with gangster and detective films and by the fifties was established as a top actor with an Academy Award under his belt. He was also established as a dedicated member of the Democrat Party and the Truman administration was glorified by having Bogie and his wife Lauren Bacall as guests in the White House. Then things changed.

Humphrey Bogart became alarmed that there was the growth of the Communist Party in Hollywood and there was a growing socialist influence in films. Like future President Ronald Reagan he decided his party had left him as it turned a blind eye to what was going on and like Reagan he was willing to testify before Congress about this concern. There were many stars willing and able to advocate their views at one time in Hollywood. Among Republicans there were people like Charleton Heston, John Wayne, Ronald Reagan,Bob Hope, Roy and Dale Evans Rogers and a special example Rhonda Fleming. Rhonda along with Jane Russell and Connie Haines went so far as Christians to organize Bible Studies which at times numbered fifty to a meeting.

This is not to say that Christian films have ceased to be made in Hollywood as in the past three years Hacksaw Ridge has become the number one money making faith film in the industry. It’s creation came about due to the efforts of Gregory Crosby, grandson of Bing Crosby, a project that took a decade to achieve. Gregory’s wife Spice Williams-Crosby has been making short faith films including Duke, Talk To The Animals and has one in production now, Life Goes On. None the less, the makers of faith films have found better homes in other states.

There is a problem we could face if the coming election goes Biden/Harris. The censorship of films, something we could see in the future. Already there has been the banning in many places in our nation of mainstream message films which have been regarded as classics. This includes To Kill A Mockingbird, Huckleberry Finn, Song Of The South, Gone With The Wind and Fahrenheit 451. Given the philosophy of the leaders of today’s Democratic Party, which sees nothing wrong with abortion and other anti Biblical ideas, faith films and those involved in their productions may be closed down. Next would be Christian Churches that are not deemed politically correct.

It is interesting that Vice Presidential Candidate Kamala Harris has said that California would be a good model for the rest of the nation to follow. In her recent debate with Vice President Mike Pence she claimed that she and Joe Biden were people of faith without defining the word. Even demons have a faith.