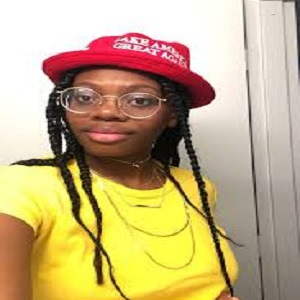 It has been said on more than one occasion, that this is without a doubt, the most important, the most pivotal, the most do or die election for this nation in its history. It may sound a bit dramatic, but maybe we must be a bit dramatic, throw caution and decorum to the side for this one. The stakes literally could not be higher. It has also been said that the Constitution itself is on the line.  Again, however dramatic that is, it is the truth. The proof of this is being held up to America’s face in the most brazen and blatant of ways. Specifically, mainstream media and their willing accomplices, social media, covering up the Hunter Biden story of selling access to his father, then Vice-President and current Democrat nominee Joe Biden to the likes of Ukrainian and Chinese business interests, all the while raking in billions for his family and of course, “the big guy”, a.k.a. sleepy Joe, and social media’s unabashed censorship of conservatives, and anything said conservatives might post that would hinder them propping up Joe and the Democrats to the finish line.

We also know that social media does not like anything that might mess up their narrative. You know, the one that goes, Donald Trump is a racist, sexist, bigoted homophobe. Try to post something that puts that narrative in question, and you have a perfect argument for breaking up Big Tech. Case in point; Jamie Allman has been a fixture in St. Louis media for decades. A hometown boy, Jamie spent a number of years at the CBS affiliate as a reporter. He made the move to radio a few years later, and quickly garnered the number one morning drive show in the St. Louis area. He has gone on to more independent projects, and now hosts the wildly popular “Radio Free Allman” podcast. In addition, Jamie is tireless advocate for the conservative cause, and during the campaign season has hosted a number of rallies and gatherings.

It is at one of these particular gatherings that Facebook, at least temporarily, had decided that like a whole lot of other conservatives, they had had enough of Jamie Allman. Allman was in Washington D.C. on Saturday the 17th for what was billed, “The 1776 Freedom Rally and March”. According to a report by Jim Hoft at “The Gateway Pundit”, many attending the March were minorities, and they took to the streets chanting, “We Love Trump”. Many were wearing “Drain the Swamp” t-shirts. The March took them passed BLM park. By all accounts, this was a peaceful march. Allman went on to post many pictures and videos from the Rally and March to the “Radio Free Allman” Facebook page.

Again, according to “Gateway Pundit”, as of late afternoon on Sunday the 18th, The Radio Free Allman account had been suspended. The reasons Facebook gave for the suspension were that the videos were somehow a form of “harassment and bullying”. But naturally, this prompts many questions. Why did Facebook deem pictures and videos from a political rally unacceptable? Clearly because this was a pro-Trump rally. Why specifically this rally? Could it be because the majority of those marching were African-American? Let’s face it. Big tech, well, has a “problem” with conservatives. Is it fair to say they also have a “problem” with minorities who stray from liberal Democrat group-think as well?

Facebook, Twitter, Instagram, and the rest of the usual suspects collectively known as “Big Tech” are, for the most part, run by millennials. You know, the millennials whose education as included the idea that everyone gets a trophy, and there is no keeping score so everybody wins. This education has not included the reading of the Constitution and more specifically, the Frist Amendment. These tech giants will proclaim over and over that they are merely “platforms” for people to comment on lots of different topics. You cease to be a platform when you have become so inflated that you believe it is your job to pick and choose what information the American people get to hear, and when and how they get to hear it. You have also earned yourselves another name. Social Media ceases to describe your activities. You might want to consider “Ministry of Truth” before someone else snatches it up if, God forbid, Joe Biden wins the election.

As of a few hours later, around eight in the evening, the “Radio Free Allman” page appeared to be back up. Was this a virtual slap on the wrist, a kind of threat that, “if it happens again, we will have to make an example out of you” warning? Could be. Conservatives are experiencing censorship in ways Americans have never seen before, all in a run up to an election. This has been described as election interference, even some Republicans have described the behavior by Twitter and its founder, ironically a St. Louis native himself, Jack Dorsey, as an in-kind political donation to the Biden campaign and want it classified as such. Others are suggesting getting rid of the mysterious “Section 230” that exempts these poor simple Internet operators to the rules of publishers.

Dramatic or not, our freedom of speech is in jeopardy. This time, it was Jamie Allman’s turn. Next time, it might be yours.