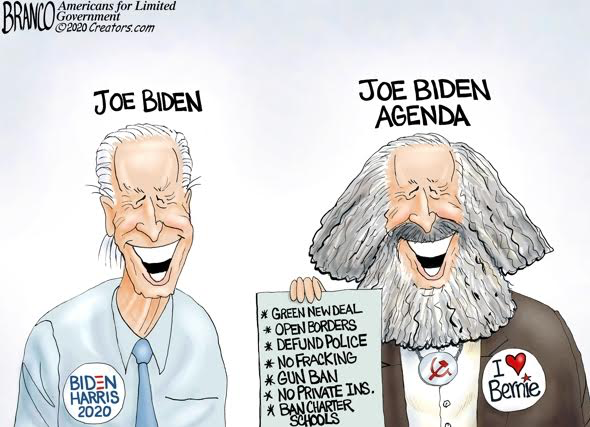 Knowing what we know about Joe Biden and the hard left turn taken by he and other Democrat leaders in the last few years, it’s difficult to believe the polls that show him beating Trump.

It seems Biden voters fall into 2 broad categories. The first are the NEVER TRUMPERS. People like former Governor John Kasich who groveled, lied, and misled Americans. Then there’s Cindy McCain, daughter of Senator John McCain, who put his personal hatred for Donald Trump over the country’s good when he cast the deciding vote to keep Obamacare. Both John Kasich and Cindy McCain are egomaniacs who will do anything to get attention.

From what I can tell, the Never-Trumpers just hate the fact that Donald Trump is challenging the failed and shopworn establishment that made them powerful and rich and led our country into complacency and division.

The second group are more difficult to understand. I get that they dislike Trump’s sometimes incendiary personality. I occasionally cringe at some of his tweets myself. But supporting Biden means they must be ok with one or more of the following policies because each will likely become law if Biden wins:

If all this sounds familiar maybe it’s because these are the same policies we heard from Bernie Sanders, Elizabeth Warren, and Comrade Ocasio Cortez for the past two years.

Theirs is a 100% socialist agenda designed to take our money and our freedom. It is also guaranteed to turn America into a second-rate country.