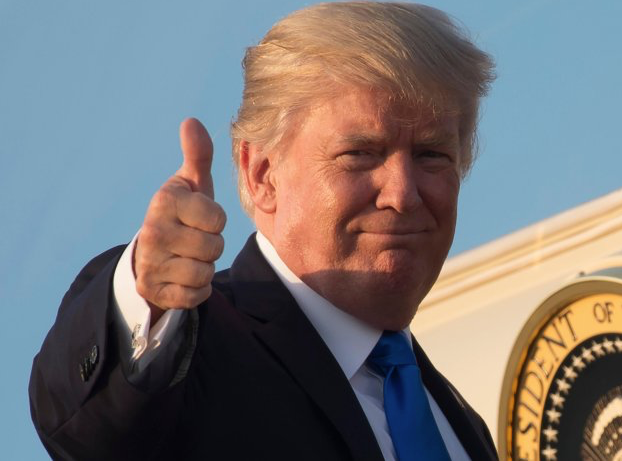 The Democrat and Republican conventions are now behind us and the contrast could not be more stark.

I don’t know about you, but for me, the Democrat convention revealed nothing about what Biden or Democrats intend to do if they win in November.

They did make plain they have no intention of working with Donald Trump or Republicans. In fact, the only really pro-active specifics they discussed during their 4 day convention was undoing things Trump had done. It’s like their hatred for Trump extends to every single accomplishment of his presidency.

They hate, “PROMISES MADE, PROMISES KEPT.” They resent he didn’t roll over for their bogus Russia collusion scam. They can’t believe he didn’t plead guilty when they impeached him, though they presented not one shred of evidence to prove their allegations. They’re angry his Justice Department is investigating the illegal use of the FBI by Obama-Biden to spy on the Trump campaign, and then the Trump Administration. And they resent his unleashing the AG’s office on rooting out lawbreakers from the Obama Administration.

What we didn’t hear was Biden’s agenda for the future if he wins. That was reserved for the Democrats’ 100 page party platform, but even there, specifics are hard to come by. Nevertheless, a quick read tells you why they didn’t want to discuss the platform. It’s a far left screed that could have been written by AOC and Bernie Sanders. It’s certainly not the centrist positions he told us he favored in the Democrat Primary.

Not only did Democrats not talk about what they intend to do going forward, they also failed to point out any real accomplishments Joe Biden achieved in 47 years of holding high public office. Seriously, not one serious accomplishment in 47 years.

Instead, we heard platitudes about what a “nice” guy Biden is, and how sad he was when his wife and child died. Ok, we get that. Fair enough. But are those the qualifications required to be the leader of the free world? Are they adequate for someone who wants to run the most complex and complicated government in history? Are those enough to prove Biden is ready to stand up to the leaders of China, Russia, or Iran?  Do those qualify Biden to negotiate complex trade agreements, formulate policies that will put American families back to work, or bring peace and safety back to America’s cities and neighborhoods?

And even if you have bought the Democrat’s appeal that at least Biden’s not Trump, and it’s critical we elect a “nice” guy as president, aren’t you a bit curious about what Biden will do when he takes charge?

If so, the Democratic Party’s 100 page manifesto provide hints, but little clarity. What is clear is that under a Biden Administration most Americans will lose personal freedom, future opportunities, and a great deal of money.

For example, they do not believe in school choice. Despite the fact homeowners pay taxes to fund education, Democrats want to forbid families from having a voice in where their children attend school. Why? Because teacher unions demand all schools be union schools and all teachers be union members. Democrats take millions in campaign contributions from teacher unions and support or oppose whatever the unions tell them support or oppose. It’s beyond shameful we lock children in failed eduction systems because Democrats, and teacher unions, demand it. It must end, and end now. Taxpayers pay teachers, not unions.

And speaking of unions, the Democrat manifesto insists only union members may work on any government funded projects – and there are trillions of dollars worth. Not a union member? Too bad, no work for you! Certainly in all the Right To Work states, you’d think they’d have a hard time enforcing this: but rest assured they will try.

Not discussed in the manifesto is the ongoing violence we’ve seen now for 3 months taking place nightly in the streets of our cities. The looting, the riots, the assaults, the beatings, the murders are all ignored by the party that is in bed with Black Lives Matter and ANTIFA.

And there was nothing in the Democrat manifesto that mentions confiscating guns, but you can be sure it’s on the table. In fact, Kamala has made no bones about supporting the mandatory buy-back of guns. Pelosi, Schumer, and the Democrat leaders have made clear they want to ban a number of rifles and handguns. And Biden said that once elected he’d make Beto O’Rourke his gun czar. O’Rourke has repeatedly called for the forced confiscation of guns. One senses the confiscation message wasn’t missing because it wasn’t a priority, but because it wasn’t a vote-getter.

The manifesto also failed to mention Biden’s and Harris’ support for providing free healthcare to illegal immigrants, to put 22 million illegal immigrants on the fast track to citizenship, to loosen border policies, and to decriminalize illegal immigration. The manifesto doesn’t explicitly support those policies; but Biden, Harris and almost every other Democrat who ran for president in the primaries did.

And how do they plan to pay for all of this? Well that’s not clear from their manifesto, but Biden has proposed raising taxes by $4 trillion on businesses, on workers, on families, and on homeowners. He says he’ll impose new regulations with higher fees. He says he’ll increase the death tax, the income tax, taxes on home sales, and new taxes on your 401K and stock sales  Buy two shares of a stock for your grand daughter’s college account, and Mr. Biden will be there to take his share. Then, when she sells those two shares, expect to see Mr. Biden again to make sure he gets his cut.

What is clear from watching the Democrat convention is that the Democrat appeal to voters this year has nothing to do with what Democrats truly believe, or how they see the relationship between government and the individual, or even where they intend to drive America should they win. If the press were the least bit honest, they’d be insisting Democrats answer those questions. But the press won’t, they’re the propaganda wing of the Democrat Party and don’t want to risk costing Democrats votes.

Nope. The entire Democrat Convention focused on one thing and one thing only. We Democrats are not Donald Trump.

If voters take a good hard look at what Trump has done over the last almost 4 years, and what he’s promising to do over the next 4, that Democrat message not only won’t work; it will result in the biggest electoral defeat in recent history. And, just like election night in 2016, a lot of people will be surprised.

Insanity Is Alive And Catching