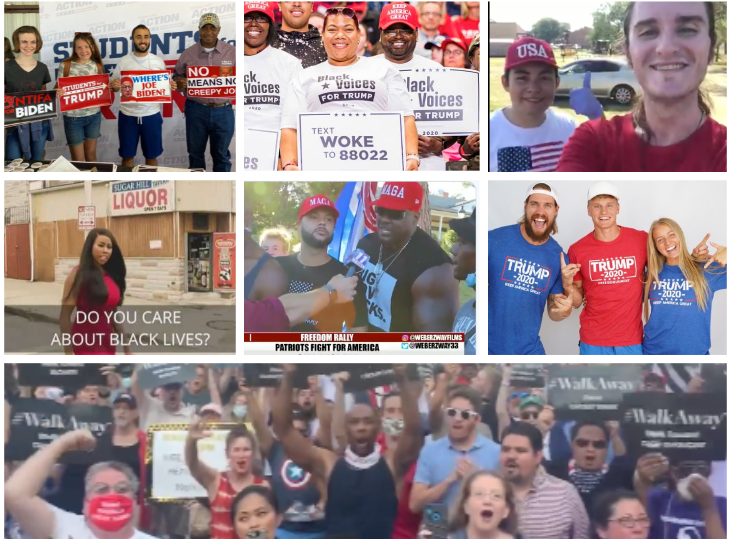 Now that both the Democrat and Republican conventions are in the books, it is that time of year affectionately known among political geeks as “silly season”. The presidential campaign is in full swing, although conventional wisdom is that average Americans really do not start to pay attention until after Labor Day. As with most things associated with 2020, everything is very different this year, and the stark contrast in the look, feel, and message of both Parties could not be clearer.

In order to talk about why the Republican Party is not your father’s Republican Party, we need to take a look at the Democrat convention. Granted, everyone was on a short leash this year due to COVID-19. Many of the normal things that would take place during a convention were either changed or nonexistent. But there were differences that stood out that had nothing to do with the pandemic. The Democrat Convention was a slickly produced creation. It had a definite Hollywood-like feel. That might have been because there was a fabulously wealthy celebrity, complete with their own private security on hand to host every night. From Eva Longoria to Kerry Washington, all the beautiful people were there to cheer on their guy Joe. There were not a lot of live human beings to speak of. Everything was scripted and staged.

We did not hear a lot about America. What we did hear was dark, depressing, and hopeless. America is not a good place, especially if you are a minority, female, or gay. America is out to get you because well, you are different. America doesn’t care about you. When Kamala Harris and Joe Biden gave their respective Party nomination acceptance speeches, they only solidified that message. It was kind of strange coming from Kamala Harris, you know, the first woman of color on a presidential ticket. If America is such a rotten place, how did she get there?

Fast forward a week, and what a difference a week makes. If this Republican convention did not make you stand up and pay attention, especially if you consider yourself a life-long Republican, then someone should check your pulse.

What we saw was not just a celebration of American exceptionalism and greatness, we saw positivity, we saw achievement, we saw average Americans, not celebrities, striving to be the best they can be, knowing full well that they could achieve their best selves nowhere else on Earth but in America. We saw old and young, black and white, successful and those well on their way to being successful, we heard real stories from real Americans. In short, we saw America as she was intended by her founders to be.

Liberal Democrats like to portray the Republican Party as a bunch of old white guys. There were indeed some old white guys in attendance. But it was the presence of Black and Hispanic folks that were proud Republicans like South Carolina Senator Tim Scott, Kentucky Attorney General Daniel Cameron, and Maryland Congressional Candidate Kimberly Klacik, who made it clear that Black Lives Matter do not speak for them. There were plenty of women, who made it clear that Kamala Harris and Nancy Pelosi do not speak for them. Chen Guangcheng, a human rights activist who escaped house arrest in Communist China. Twenty-five-year-old Madison Cawthorn, running for Congress from North Carolina’s 11th District, who stood up from his wheelchair when he talked about standing up for the country. Rick Grenell, acting director of national intelligence, and the first openly gay person to serve in a cabinet level position. No, it definitely is not the Republican Party of old.

The Republican Party of Romney, et al., is the Party of perpetual Republican minority. They wanted Conservatives, or people who called themselves Conservatives to run, but not really get elected. The participation trophy is quite all right with the Romney wing of the Party. When these “conservatives” would lose elections, they would just trot out and give the obligatory speech about “getting along” and “being able to cross the aisle”. Translated, “getting along” means caving in to every hair-brained liberal idea that comes down the pike because if they didn’t, well, who wants to be called a racist, which is what would inevitably happen.

The Republican Party of old reaches out and goes to minority communities at election time, but they never ask a Trumpian-like question of these communities like, “What have you got to lose”? Which brings us to the real reason these old white guys said they would not be attending the convention but in reality, were not invited. The New Republican Party is the Party of Donald Trump, and love him or hate him, Donald Trump is a problem solver. He likes results. The New Republican Party is revitalizing and rejuvenating itself with fresh young Conservative talent from all walks of life, and they are not listening to the old white guys who are telling them to be satisfied with the participation trophy. They are speaking out, and calling out those who need to be called out. They see that, for lack of a better way to put it, being nice just doesn’t cut it anymore. Like Donald Trump, they are not afraid to be fighters, and we see them time and again come swinging when they need to. They don’t want a trophy; they want to win.

It is time for those old white guys to step aside. There are new Republicans in town.

Greenfield: Globalism is a Western Idea: The Rest of the World Killed It