The toxicity of Celebrity Culture, as it’s called, needs to be addressed. It’s been lingering behind drapes for long, always being pushed right ahead when a movement like ‘Me Too’ or ‘Black Lives Matter’ ‘Antifa’ violence lays down to carnage and gains momentum, recently so has “#QAnon” but “Q” is for different reasons, away from the 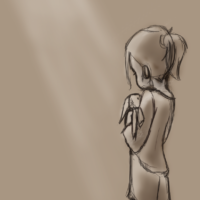 anarchy come messages about patriotism,  hope, and theories about global corruption. This is a new different movement of activists beginning with Veterans, and the military that is taking a different approach against the raising of our monuments and the desecration of our churches, and interest in #savethechildren child trafficking and exploitation which has taken center stage and for good reason.

The glitz from the Celebrity Culture that accompanies statements and celebrity activism makes it speck-free and all the more glorified. The Jeffrey Epstein case provokes this stainless sphere within which all these conversations are placed. And as is rightly predicted, the Epstein scandal is only the tip of a massive iceberg that extends to all public fields – be it politics, entertainment, media. One may call this the murky entanglements that dot all elements of power; but, the higher echelons of elitists have their way of hiding the precarious and darkening the outlines of the less relevant yet apparent issues of significance.

SB 145, Title: Sex offenders: registration. Author: Sen. Scott Wiener (D-CA) According to the Senator: Scott Weiner states that it “ends discrimination against #LGBTQ young people on CA’s sex offender registry. It treats LGBTQ people exactly how straight ppl are now treated. The bill is the subject of a massive misinformation campaign by MAGA/QAno

The bill would put an end to “blatant discrimination against young LGBT people engaged in the consensual activity,” Wiener said: This bill is about treating everyone equally under the law. Discrimination against LGBT people is simply not the California way. These laws were put in place during a more conservative and anti-LGBT time in California’s history. They have ruined people’s lives and made it harder for them to get jobs, secure housing, and live productive lives. It is time we update these laws and treat everyone equally”. These are children, babies that need protection from these types of things that would do them harm.

This thinking is a global crisis. The Republic of Tonga ratified ILO’s Convention 182 early in August – this was historic. Children ARE engage in the worst forms of child labor, including in commercial sexual exploitation, at times as a result of human trafficking it became the first labor standard to be ratified by all countries including the United States. There was reason to applaud this but, at the same time, what’s distressing is the fact that the duty of each country – securing the lives of young children and human beings, in general, from the claws of the horrific sex and labor industry – when carried out, gets clapped away as though it’s something extraordinary; as though it wasn’t a duty in the first place.

That this is being deemed extraordinary points to the bitter truth that underscores the collective responsibility that all human beings, especially those seated comfortably in their privileges, have been putting forth. This has asymptotically come down – we don’t like listening about the ‘evil’ things that happen around us; we don’t like the ‘heart-breaking’ news that comes on Television; we don’t want to converse about the ‘dirty’ side of our society. In avoiding conversations, in avoiding a clear perusal of situations, we’ve been complicit in the larger network that facilitates the exploitation of young lives. Even when Convention 182 got its historic universal ratification, we need to ask why this feat came late. Why are 152 million children still trapped in the ruthless industry of child labor and sex trafficking? Anti-Human trafficking initiatives and units are set up frequently, but do we ever resolve to enquire how they’re functioning?

Like the recent legislation of California SB 145 written by politicians to protect THEIR base – you know, THEIR voters – not the Children and not the Unborn; the pure innocence of society does not have a voice.

It is time that we had an open conversation about child trafficking and how they’ve taken advantage of – even as you read this now, a million children are staying away from home, bearing the burden of fear and what may await them the next day. Their nights, which should be spent dreaming of a future, of the school day, of friends, and playgrounds, are turned into those where they see nightmares unfold even without having to slip into slumber. The paedophilic network that has stretched into each country, each level of the social ladder, has held its grip too tight and impenetrable that we do not even hear of the plight of these young children unless the stakeholders in these minor sub-units of the network are less admirable at a global or national level. If there are elitists then a convenient hushing up follows or an expedient and appropriate measure is taken to keep the silenced, silent.

The names and mentions that stem out of the Giuffre’s deposition include that of Prince Andrew, Bill Richardson, ‘another prince’, and ‘the large hotel chain owner’ – and of course politicians passing unthinkable legislation. This reveals that sex trafficking isn’t an issue that simply plagues the third world countries that are knee-deep in poverty. A neo-colonialist, slave-owner tendency that imitates the form that existed a century or two ago threatens to take shape leaving the public unawares. Giuffre’s inability to recall all names from the innumerable people to whom she was sent by Ghislaine Maxwell, was cited by the latter and her attorney to label Virginia an unreliable narrator. That the emotional trauma of a woman was being further squeezed and tormented to this extent is unfortunate and horrible.

Giuffre also recalled Epstein’s conversation with her when he remarked that “everyone owes him favors… they’re all in each other’s pockets” – Virginia Giuffre had asked him about Bill Clinton’s visit to Epstein’s island. The Maxwell files reveal many more such details that turn the sable side of the elite to our attention.

But, these startling revelations haven’t received as much attention as protests and anarchy across America or even around the globe have been receiving for various causes. When you point out the scope for discussions about child sex trafficking, all that you receive from the other side is a scorn and a comment regarding the drained out nature of such a topic – of course, much has been talked about it; there have been forums, full-fledged campaigns too; but if these did work, even though they were organized on a minor scale, why would there still be a towering figure of 152 million?

The market of human trafficking as per International Labour Organization estimates brings in $150 billion each year. This crime, motivated at most by financial reasons and profit-making, is continually growing. Young children, in numbers of millions, are taken away by force, threat, coercion, or deception. It isn’t just physical torture that these children have to bear whilst in captivity – the emotional torment is just as cruel and barbaric.

What is worse is the fact that over years of being in the tormentor’s captivity, the child begins to exhibit appreciation for being allowed to live – he/she does not realize that it’s trauma at the root of this feeling. This is what psychologist’s term ‘traumatic bonding’. It’s also variedly referred to as the Stockholm syndrome.

The effects of sustained torture remain, haunting them, even after they’ve managed to get out of the matrix of trafficking. Every bond they form in their later life, every human interaction that they have, begins to be looked at by their minds with suspicion. The child gets metamorphosed into an adult scarred by the bad thoughts that get sparked at the mention of intimacy and bonding. A methodically implemented crime does irreversible harm to children who start off with nothing but innocence standing out in their frames and minds. This innocence gets exploited.

One cannot even imagine the pain that a child goes through when he or she is subjected to this callous money-minting industry that has its hold on all major political and significant names. The smiling cheering personalities who greet you on the daily news or act their hearts out in movies or leave a good impression on your mind with their elegance in public – a lot of these names have their hands (some directly and some indirectly) tied to the network of trafficking. In funding and associating themselves with the enterprises run by moguls like Epstein, these men and women have proved themselves to be just as complicit in the matter as Maxwell was.

It’s not too much to ask of others to be empathetic in their attitudes. Watching a movie on young children’s plight or writing a pity-filled tweet or two, are just expressions of sympathy. That’s not what we need now. There’s a major boulder-like difference between sympathy and empathy – these may have been spelled out for you in moral science lessons. But, the lesson hasn’t quite sunk into a lot of us. We need to put ourselves in the very shoes of those who’ve been victims of trafficking and ask ourselves if we’ve done enough to save even one child from a torturous childhood? That child was never destined to land up in shades of grey and hate. That child was supposed to live a cheery life and only see toys – not the dreadful faces of predators.

If we can critique and react, do all that’s in our capacity to hold the male and female predators accountable, and show these children that there’s a way out, we will have crossed the first step in this long journey towards the eradication of child trafficking. Along with banners of Me Too, Black Lives Matter, Antifa we need to raise a banner to save our young generation too – and not just raise banners; we need to act as per the needs. And for those who’ve come out of captivity, we need to exhibit our capability to accept and not stigmatize.

It is possible to usher in changes. A step ahead is all it takes to break out of isolated demands and unite in a collective fight against the satanic actors at play here.