A Pew poll at the end of July asked voters which issues were most important to them when deciding who to vote for the big office in 2020.

How concern about violent crime became the fifth most important issue for voters, slightly behind the coronavirus, would be baffling to anyone who gets their reality from the media. 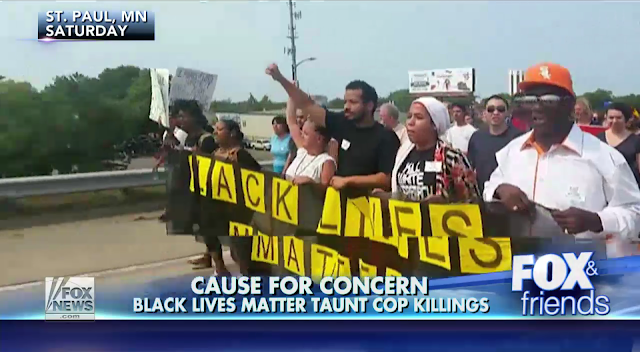 That 86% of voters aren’t worried about crime based on what they see in the media, but because they feel personally threatened by what’s going on in their own neck of the woods.

There is a huge difference between supporting BLM in the abstract or fearing crime personally.

The Pew map of voter concerns shows that the election issues are tilting away from big picture abstractions and are being dominated by concrete issues that affect voters personally. With the exception of Supreme Court appointments, the top 5 issues, the economy, health care, the pandemic, and violent crime, are about the things that personally worry Americans.

Meanwhile the abstractions have fallen off the pyramid, with racial and ethnic equality coming in seventh place, economic inequality, a Democrat favorite, falling to ninth, and climate change and abortion coming in in the tenth and eleventh spots. All of this is bad news for the Dems.

As the DNC convention approached, the creaky messaging machine had tilted against the riots.

The New York Times and the Washington Post officially ended the embargo by running negative stories about white BLM activists in Seattle, Portland, and Washington D.C. And the media and Democrat officials began openly voicing concerns that the violence would hurt their chances.

“The rioting has to stop,” CNN’s Don Lemon intoned, while writing a proposed speech for Biden to deliver on the air. “As you know and I know, it’s showing up in polls, it’s showing up in focus groups, it is the only thing right now that’s sticking. And the Democrats are stuck with it.”

They are indeed stuck with it.

Mayor Ted Wheeler of Portland, which has seen some of the worst of the violent rioting, appeared to suggest that nothing was working, and that it “will ultimately burn itself out.”

The people whose businesses are being burnt out may be less sanguine about the crisis.

But the Democrats have no answers to offer. Even those national figures who didn’t explicitly embrace police defunding, a suicidal and unpopular political strategy, can’t push too hard against it because a sizable section of their activist base and media have been radicalized.

Democrat efforts to split the difference, limiting police defunding measures and playing numbers games, only led to more direct harassment with BLM contingents showing up at their homes at night, yelling, screaming, and intimidating elected officials. The pressure may not result in the actual elimination of the police that the hate group’s activists demand, but they ensure that the Democrats will continue trying to square the circle, split the difference, and avoid a decision.

More crucially, the Democrat donor base is also deeply divided. Rejecting BLM too sharply would alienate George Soros, whose funding is not only crucial to Democrat election efforts, but whose infrastructure makes up a vital part of the American Left, but embracing it would alienate moderate Democrat donors who want Biden to stop the chaos, not give it a great bear hug.

Unlike Republicans, the Democrats are deeply conflicted on this issue. And the conflicts are undermining Democrat messaging and electability. The shift from BLM to violent crime is particularly significant when it affects the black voters on whose turnout Democrats depend.

Not only isn’t BLM effectively mobilizing black voters (though it seems to be doing a great job of radicalizing white college students and some of their blue region suburban parents) but black voters are increasingly putting violent crime ahead of BLM as an urgent issue. That reflects a national trend, but it’s particularly devastating to the Democrat strategy in this election.

Black urban voters are bearing the brunt of the violent crime and they’re not hearing the Dems talking about the issue dominating their neighborhoods and threatening their lives.

The Democrats are caught in a trap of their own making.

They’re no longer able to turn off the violence. And mildly critical media coverage won’t do it. Even if they could get some of the billionaires who have been pouring money into radical groups to turn off the spigot, there’s enough money to keep them going until November. The Democrats barely managed to stop Bernie Sanders from becoming the nominee. They can’t stop national riots by their usual backroom tactics. And they’re too ideologically hagridden to use the police.

Black urban mayors have shown the most willingness to confront the rioters and have the most political immunity for cracking down on criminals, but as long as Portland, Seattle, New York City, and other major cities are controlled by feckless white progressives, the violence will go on.

And the riots and crime are not only shifting attention away from BLM, but from the pandemic.

People can only focus on one crisis at a time, and the violence and chaos consuming entire cities is becoming more visible than an invisible virus. If this trend continues, then the Democrats will lose both of the big issues that they expected to propel them to victory.

The Democrats sowed the winds of political terror, they’ve begun to reap the whirlwind.