In the Black Lives Matter era, everything is too problematically white, including white wine.

As every single industry from cereal to dental supplies engages in its own ritual reckoning with a country so systemically racist that every part of its system is hysterically confessing to racism the way teenage girls in Salem confessed to witchcraft, the hangover is hitting wine country.

The whining about the whiteness of wine is overflowing at every high end publication.

The column by Jancis Robinson, who received an Order of the British Empire for writing about wine, began by tweeting her, “shame at the lack of ethnic diversity in the world of wine.”

Perhaps Jancis could give her FT column and her OBE to a more deserving minority. 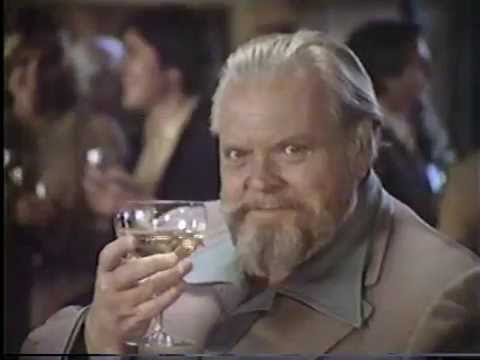 Articles warn, The Wine Industry is Overwhelmingly White.” and they frantically urge, “It’s Time to Decolonize Wine” and “It’s Time: Diversity in Wine”.

Wine is actually very diverse. Not only does wine come from all over the world, but it comes in different colors and shades, it originates from different cultures and exists in different languages. It’s mentioned in the Bible, in ancient Chinese poems, and in 2,000 year old verses from India.

But now wine, the universal solvent of cultures across human history, is not diverse enough. At least not once George Floyd’s death while high on fentanyl cast light on the whiteness of wine.

“In the two months since the June George Floyd protests, some Black winemakers have called out the racism in their industry,” Mother Jones exclaimed.

What does Floyd have to do with wine? Not a whole lot.

But Julia Coney, who writes about wine and racism, posted an Instagram video titled, “Racism and the Wine Industry: Your Silence is Betrayal.” Coney, who described herself as a leader on “race and wine”, jabbed one finger at her webcam, “Wine industry, shame, shame on you!”

The other appeared to be holding a glass.

Then Coney insisted that those members of the wine industry who hadn’t been supporting her shouldn’t rest because black people killed by the police were not resting in peace.

It was enough to make a man turn to strong drink.

In the months since Floyd’s death, this warmed-over race-baiting had hijacked every industry. The wine industry, which caters to and includes wealthy lefties, and had been laboriously trying to diversify by ushering in the likes of Coney to indict them as racists, was feeling the squeeze.

It didn’t take long for the whining about the whiteness of wine to turn into political witch hunts.

A survey contended that 84% of professionals in the wine industry are white, while only 2% are black. And the American Association of Wine Economists (AAWE) claimed that “In terms of $$$, the U.S. wine industry overwhelmingly supports Trump.”

The targets were a few industry figures, notably Marvin Shanken, the Jewish publisher of Wine Spectator and Cigar Aficionado, who has raised a fortune for children with autism.

But he also donated to President Trump.

The American Association of Wine Economists did not seem very interested in the fact that Speaker Nancy Pelosi’s vineyard makes her the fourth-richest Californian in Congress or that Governor Newsom has his own winery which stayed open for tastings even as he ordered wineries in much of the state to shut down. And then there’s John Legend, a black leftist celebrity and Biden fundraiser, who owns the LVE–Legend Vineyard Exclusive wine label.

The point of this viniter witch hunt was spreading accusations of conservative politics, racism, and generating wine boycotts against the enemies of the politically correct people.

“It’s important that we share values with people and businesses we support… and purchasing decisions will be impacted by this list,” a San Francisco winery replied.

Wineries whose owners had donated to President Trump were put on the defensive, forced to plead their support for diversity, even as an elitist white lynch mob accused them of racism.

Concern for the opposed minorities of the wine industry had given way to the true agenda.

And how oppressed are those minorities, some of whom own vineyards in Napa Valley where an acre can cost a quarter of a million dollars, by the white man of the white wine trade?

“The wine industry has long been enigmatic, cloaked in whiteness, wealth and privilege,” Style Weekly bleated.

The wealth and privilege part is just as true of the black participants in the industry.

“But the problem with racism? Add another 30-pound bag, at least. Instead of carrying three, I have to carry four.” Dan Johnson, a San Francisco lawyer who boasted of winning a $265 million verdict against Verizon, complained.

Johnson has his own winery and three acres in Napa. Quite a few Americans of all races would like to carry what he’s carrying.

Turning Black Lives Matter into Black Wineries Matter and the death of George Floyd into the dearth of black millionaires with their own vineyards exposes the privileged position of corporate black nationalism which exploits the deaths of poor black people for black and white elites.

The absurdity of mobilizing a witch hunt in George Floyd’s name in the wine industry ought to have brought down the entire Black Lives Matter shakedown industry in gales of laughter.

But everyone’s too afraid to laugh.

Instead the Court of Master Sommeliers was browbeaten into no longer having its members be addressed as, “Master.” At some point the Court will also be forced to drop the full name.

And the Hue Society was promoted as a safe space for black wine drinkers.

There are scholarships, diversity initiatives, and statements of fealty from the wine industry.

“The team and directors at the Oregon Wine Board have been processing, reflecting on and discussing our responsibility in the fight for racial equity in America. We must recognize the power of our platform and our potential to help build a just, equitable and thriving Oregon wine industry that in turn contributes to a just, equitable and thriving Oregon,” the aforementioned organization declared in its BLM statement.

What does the Oregon Wine Board have to do with George Floyd, or Black Lives Matter, or race? Nothing. But in Communist China, rocket scientists were required to quote Mao, in the Soviet Union, they had to quote Lenin, and now in what used to be America, every undertaking must begin with a tribute to BLM and a vow to embed “anti-racism” into the organization.

The wine industry is being warned that, like all else, it must get on the right side of history.

“Wine is pretty much an upscale beverage for white people of European heritage,” Steve Heimoff, a former editor for Wine Enthusiast Magazine, claimed. “I don’t see Latino or Hispanic people drinking wine, and the same goes for Asians and Blacks.”

This would have come as news to everyone from Omar Khayyam to Christopher Columbus. The crews of the maligned discoverer of America imbibed wine heavily. And brought Hispanic people from their European origins to a new world where they became indigenous people of color.

When Joseph was entombed in an Egyptian prison with the Pharaoh’s wine steward, we are reminded that wine played an important role in ancient Egypt and its North African precincts.

But admittedly beyond there, wine did not play much of a role in ancient Africa.

And by the bigoted illogic of Black Lives Matter, there must thus be something wrong with wine. Despite its use by nearly every ancient civilization across history, wine is not diverse enough. It’s only something that upscale people of European heritage drink. Like Heimoff’s ancestors.

China is the world’s fourth biggest wine importing country. Japan is in sixth place, Hong Kong, on its own, is in eleventh, and Singapore is in fifteenth place.

But the Asians, as usual, don’t count when it comes to diversity.

The United States exports millions of dollars a year in wine to Mexico. Mexicans actually do drink wine just to spite progressives.

Wine consumption nearly doubled between 1995 and 2017.

Not only isn’t wine doomed, but it’s more popular than ever. And in a country where wine is being accused of lacking diversity, you can understand why. After reading through the latest episode of the madness with which leftists have afflicted yet another pleasant element of human life, you may be in the mood for a drink.

Insanity Is Alive And Catching

Barry Shaw: The Dangers to Israel of a Biden Administration