When globalism’s obituary is finally written, and the mourners file past in their crisp suits and pantsuits, the cause of death will almost certainly read, the People’s Republic of China.

China is the most obvious offender. Even before the Wuhan Virus cut off countries from each other, the Communist oligarchy had abused the world economy with massive digital theft, even more massive counterfeiting, product dumping, and every possible form of economic warfare.

That’s why any halfway serious adult on the other side supports Trump’s fight against China. 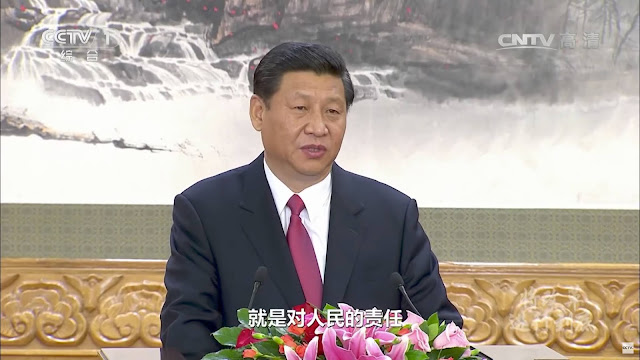 Last year, even George Soros, the uber-globalist, called Trump’s trade war with China his greatest achievement. This year, during the coronavirus crisis, Soros came out against working with the People’s Republic of China against the virus.

The source of Soros’ opposition is the fear he expressed at Davos that the PRC’s social credit system could “sound the death knell of open societies”. By open societies, he meant globalism.

Unlike many, Soros isn’t worried about the loss of personal freedom, but the endurance of the nation state. China, like Russia, has shown that a nation-state with mass propaganda, a censored internet, a powerful secret police, and all the digital toys on sale in stores can survive the pressures of modernity that are fracturing the nations and peoples of the Western world.

But all of that depends on the PRC’s ability to generate wealth and raise living standards.

China is engaging in massive economic warfare, not just for the obvious reasons, but so that the Communist Party can maintain its grip on power by delivering the same lifestyle of digital toys enjoyed by Westerners to the PRC’s middle class and rather more lavish lifestyles for the rich.

What Soros was also implicitly admitting was that globalism faces its biggest threat, not from Western revivals of nationalism, but from non-Western nations that never stopped being nationalistic. Globalism is a Western idea that Non-Western nations never bought into.

The League of Nations was fatally wounded by Japanese aggression against China. The United Nations was fatally discredited when it expelled Taiwan and replaced it with China at the behest of a membership of non-Western Third World nations allied with the Soviet Union.

International trade bodies were heavily tested by Japan and then wrecked by China.

The laws of war and the refugee system, once the moral underpinnings of internationalism, were brutally exploited by Islamic states to wage terrorist campaigns and funnel colonists into western nations. Erdogan’s Turkey has been the first state to openly weaponize migrants, demanding money and concessions in exchange for not sending migrants into Europe.

The global club was built for Western countries. When non-Western nations were admitted, the club, whether it was trade, travel, diplomacy, or anything else, was inevitably trashed.

And no one is allowed to talk about it.

The nationalistic revivals in America and Europe are not the homegrown outbreaks of bigotry that globalists like Soros like to pretend, but a reaction to these massive global abuses.

Without China’s economic warfare, massive open borders migration, and Islamic terrorism, American politics after the Cold War would have looked very different. And if Britain weren’t overrun with migrants from the rest of the world, would Brexit have even passed?

Globalism is a bad idea. But what made it even worse than the loss of sovereignty and individual freedoms of the nation-state were the widespread abuses of its infrastructure.

Paradoxically, globalism’s greatest supporters and destroyers were both Communists.

Western Communists were some of the greatest advocates for global institutions, even as the Soviet Union, and then Communist China, undermined and corrupted them. What the USSR did on a limited scale in pursuit of its foreign policy goals, China has done on a much larger scale.

China’s model of large scale intellectual property theft had been innovated by the USSR.

The Soviet Union’s espionage was not only directed at political and military targets, but at economic ones. Communist agents routinely stole and copied Western technology and designs. The Chinese habit of exploring a business deal with a Western company, only to gain access to its trade secrets, had been the default tactic for industries in Warsaw Pact nations.

Where the Soviet Union failed, Communist China succeeded, not only because of a superior work ethic and skill set, but because globalist institutions welcomed in, and the internet allowed it to overwhelm domestic manufacturers in other countries, while hacking their trade secrets.

Globalism’s fatal flaw was the messianic assumption that other peoples shared its worldview. There was no reason for Beijing, Tokyo, Tehran, or Islamabad to share a particular strain of thought whose origins are distinctly European in philosophy, law, and secularized religion.

They’re happy to join the club, exploit it for all it’s worth, and then shrug their shoulders at any moral responsibility to what we would see as a hippie handing out free lunches to everyone.

Now the hippie experiment is drawing to a close because it doesn’t serve anyone’s interest.

Except the people taking the free lunches.

Globalism has been portrayed as rising, but in reality it’s waning.

George W. Bush ran against nation-building until September 11 reset America back to Cold War rules with Islamism in place of Communism. Barack Obama ran against American power and proved reluctant to engage in military interventions. Obama’s idea of globalism was building leaderless coalitions and he ended America’s role as a world leader on the international stage.

President Trump has been reshaping foreign policy to serve America’s domestic economic needs, while urging allies to coordinate in pursuit of their own domestic political interests. Under Trump, America is much less likely to dictate what other nations should be doing. Instead, it’s been telling the rest of the world to do what it thinks is best with little regard for a global agenda.

The White House and State Department haven’t been shy about leaning on the UK over Huawei, or on Germany over its energy links to Russia, but unlike its predecessors it doesn’t see every single thing other countries do as a piece in a large puzzle that must be measured against international law and integrated into global coalitions. America still throws its weight around when pushing against economic threats from major powers. It’s a return to 19th century diplomacy, while dismissing the failed international experiments of the 20th century.

Globalism is being torn apart by the same demographic forces that are destroying the nation-state. The social contracts that govern a country or the international order depend on the willingness of all the participants to believe in the larger community. At the most basic level, that’s represented by the balance of giving and taking through the social contract.

Altruists give more than they take, deadbeats take more than they give, and abusers take everything and give nothing except where it directly serves their short-term interests.

Globalism was fueled by the myth of a global community that could never exist.

Communist China and the Islamists have spent the last 30 years demonstrating that it can’t and won’t. Communities are built around shared values. When there are no shared values, there’s no community. That’s as true globally as it is in the streets of London and New York City.

Globalists have struggled with the failure of the social contract by blaming those who abide by it, middle-class native homeowners locally, and America and its allies globally. But internalizing the blame doesn’t make a community work. As we’ve seen in major American cities this year, permissively accepting abuses of the social contract out of guilt destroys communities.

When there are few shared values, then communities have to spend more time and force policing the social contract. That can mean militarized police, surveillance cameras, and DNA databanks in major cities, and a constant state of war and endless military deployments abroad.

The lack of a shared social contract turns life, locally or globally, into a perpetual struggle.

Leftist political philosophies have tried to dodge this crisis by defending the perpetrators and blaming the victims. But no matter whom they blame, their system is still falling apart.

Globalism is dying. The greatest enemies of the Western world are saving it from itself.

Francis Buk: Mr. Farrakhan, With One Word You Can Free Black Slaves