Governor Andrew Cuomo, whose horrifying move forcing nursing homes to accept coronavirus patients may have killed between 6,000 and 11,000 senior citizens, has vowed to crack down.

“Whether it’s young people at a bar or religious people at a wedding, it’s the same thing to me. It’s ignorant, it’s disrespectful and it violates the law,” Cuomo fumed.

Religious people being ignorant, disrespectful, and violating the law by attending a wedding is awful. But when celebrities want to perform at MTV’s VMA awards, they get a special exemption from quarantine regulations because Lady Gaga, Ariana Grande, and Miley Cyrus gyrating on a stage is respectful, whereas the communal celebration of G-d and family life is disrespectful. 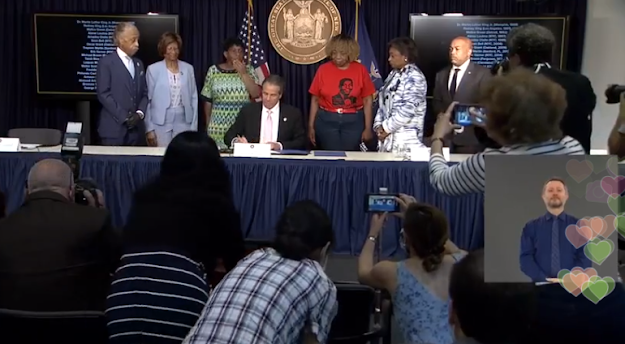 Cuomo then vowed that if Mayor de Blasio wouldn’t crack down on the Jewish weddings, he would come after the Jews.

But De Blasio, who has a history of targeting the Chassidic Jews of Brooklyn, is no slouch and had blamed a rise in coronavirus cases on a Jewish wedding even before Cuomo kvetched.

“We were looking at two solid months of rallies and demonstrations and violence, not a word, not one spike? And he’s going to tell me that he’s not picking on somebody or he’s not selecting a particular group?” a Chassidic community activist had responded.

New York City’s government, which can’t manage to keep stores from being looted, is dispatching personnel for “proactive inspections of event spaces” for weddings.

“We’ve had super spreader events in New Rochelle with the Jewish community, we’ve had them in the Catholic community,” Governor Cuomo claimed. “This is an equal-opportunity situation. So we police it in every circumstance.”

Equally policing events doesn’t mean cracking down on Catholics and Jews, while allowing massive Black Lives Matter events, like the Times Square protest after Kenosha, which saw marchers crowded tightly next to each other, to protest for their violent and hateful cause.

The New York Post decided to help out De Blasio with a dubious “investigation” which claimed to have found “celebrations involving as many as around 200 people each”.

One of the people whom the Post hacks decided to harass, dismissively asked them, “You work for de Blasio?”

Later in the story, it turned out that the 200 number came from an anonymous source, while the tabloid hacks claimed to have obtained video from somebody of a wedding with 100 people. The only wedding the New York Post’s intrepid Jewish wedding investigators actually personally witnessed involved “about 20 men and boys.”

Meanwhile, the Black Lives Matter rally in Manhattan over Kenosha involved over 700 racists.

“In the case of New York City, if there’s any evidence, or plans of weddings that would violate the law, they should forward those complaints to the NYPD or the mayor. If the mayor is not doing any enforcement actions, then the state will,” Cuomo warned.

While Cuomo encourages concerned bigots to inform on any Jewish weddings, there’s no need to inform on any of the planned massive rallies and protests by his political allies like Sharpton.

Sharpton, a De Blasio and Cuomo ally, had announced a 100,000 racist rally in Washington D.C. with many attendees coming from New York. That’s like a thousand Chassidic weddings.

Beyond the constant Black Lives Matter protests, the teachers’ union decided to hold a massive protest against having to do their jobs.

“We don’t die for the NYC Dept. of Education,” a sign being held up by a woman in a Black Lives Matter t-shirt read, as she marched in a crowd of public union activists protesting for the right to get paid without actually having to teach children. The crowd dragged along a guillotine and caskets which the union activists, many of them wearing the BLM slogans of the racist hate group, claimed would be their fate if they had to go back to school.

“Close the classrooms, close the doors!” the rally goers chanted while crowding together in a Brooklyn park 15 minutes from where dreaded chassidic weddings are allegedly taking place.

No word on whether Mayor De Blasio will be dispatching the “disease detectives” that he sent after a Jewish wedding to track the spread of the virus among teachers’ union members.

If that’s not enough, after Democrats invented a vast conspiracy against the Post Office, hundreds of leftist activists held rallies at post offices to save them from President Trump.

In Park Slope, De Blasio’s hipster neighborhood, hundreds of activists crowded together outside a post office while holding up signs falsely claiming that Trump was coming after their mail.

But no “disease detectives” were dispatched to stalk their food co-ops, coffee shops, and bars.

It’s okay to gather in mobs in New York City for any reason, as long as it’s political.

Memes had long been spreading through the Chassidic Jewish community of the hypocrisy of a Democrat establishment that licenses mass gatherings as long as they’re for Black Lives Matter. Chassidic wedding comedy routines had even featured dancers shouting, “Black Lives Matter.”

“When we talk about a Justice Agenda, we want to fight the systemic racism, inequality and injustice in our society,” Governor Cuomo claimed in a speech earlier this summer.

“My message to the Jewish community, and all communities, is this simple: the time for warnings has passed,” De Blasio had infamously tweeted.

That tweet was followed by a barrage of tickets that community members testified had singled out religious Jews.

Had any politician issued a warning to the “black community” and then targeted it for harassment, we would be having a national dialogue about it, instead of a media embargo.

De Blasio’s discriminatory actions led to a letter from the Justice Department’s Civil Rights Division warning him against employing one standard for Black Lives Matter rallies and another for religious gatherings.

But very little has changed.

In June, at the height of the BLM riots, Cuomo was photographed signing his anti-police bill, closely surrounded by Al Sharpton, and a number of activists and politicians, with no masks, and no trace of social distancing. Photos and video shows a scrum of photographers and attendees converging in a tight group to get the best shot of Cuomo and Sharpton at the event.

Nobody was enforcing regulations or masks at this indoor gathering by Governor Cuomo. And there were no lectures by the corrupt politician about his own disrespectful, ignorant behavior.

The essence of systemic racism isn’t different outcomes, a key tenet of the anti-racist movement, but different standards applied to different groups based on their identity.

Black nationalists and their allies have insisted on redefining racism as access to power. The Cuomo event and the Chassidic wedding crackdown speak volumes about racism and power.

In New York, you can riot and protest by the thousands and the hundreds, as long as it’s for the right political cause, but a wedding, religious service, or protest for the wrong cause will be treated very differently. Systemic discrimination, and in particular systemic antisemitism, is real and it’s being practiced by the Democrat politicians lecturing us about systemic racism.

It’s their system and their racism. And you don’t have to look very hard to see it.

Just go to a Black Lives Matter rally and an Orthodox Jewish wedding, and see which one Cuomo and De Blasio attend, and which one they lecture about “disrespectful” behavior.

City on the Edge of Forever: Star Trek's Time Paradox