A Soviet citizen goes to the dentist. He lies back in the chair. The dentist tells him to open wide.

“But I’m afraid to open my mouth,” he replies.

The old joke has a new resonance in the age of lockdowns and masked pedestrians, cancel culture and self-criticism sessions when Americans are the ones fearful of opening their mouths. Fear is the common denominator. A nation has spent the year holding its breath. And waiting.

Americans used to laugh at Soviet anecdotes without really understanding them. Now Americans are too afraid to laugh because they are coming to understand them all too well.

Mobs stalk the streets of American cities loudly bellowing, “We can’t breathe!” Sometimes they shoot or stab someone who then actually can’t breathe. Or they set a building on fire and anyone breathing in the smoke quickly discovers what it’s like to really be unable to breathe. 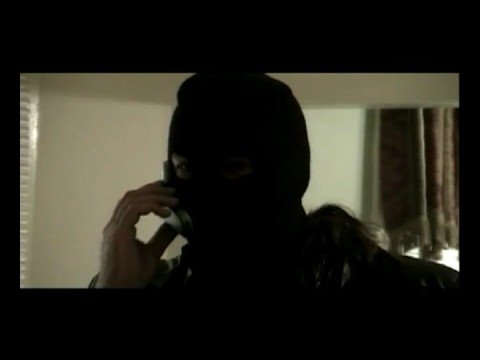 There are two reasons why people can’t open their mouths or breathe, as in the joke with the Soviet dentist, literal and figurative. In a year when mouths are being shut with masks and censorship, the literal and the figurative things that people are afraid of have come together.

2020 is one long Soviet anecdote in which the only people allowed to disregard social distancing by gathering to protest in the thousands and tens of thousands do so to complain about their oppression. It’s a mock dystopia in which corporate CEOs berate their employees about their privilege and fire anyone who won’t confess their privilege, and government officials and agencies lecture the people they rule at length about the terrible evils of systemic racism.

Speech is violence and violence is speech. Throwing firebombs is in the First Amendment, but saying All Lives Matter is literally killing people. The only people who don’t have privilege are the ones who have special privileges. Criminals have a right to be safe from the police, but people don’t have a right to be safe from criminals. Public safety is now about keeping criminals safe from the police by defunding the police so that no one except the criminals can be safe.

Everyone has to wear masks, except the government officials telling them to do it. The only people who don’t have to worry about being able to breathe are the ones mandating the masks. Democrat governors like Cuomo and Murphy who killed tens of thousands are the heroes of the pandemic, while the villains are the Republican governors whose red states have few deaths.

The Communists called the newspaper in which they printed all their lies, Pravda or Truth. Soviet anecdotes hinged on the central irony that everything was a lie, everyone knew it, and no one could say it. The joke wasn’t in what was said, but in the mutual recognition of the unsaid.

We live in the world of the unsaid, of the human shadowlands where people who go around with their mouths closed and faces covered, and in that world we know what is said is meaningless.

That which can be said is, by definition, a lie, and that which can’t be said, becomes the truth.

The real news is what’s read between the lines of the lies. What people say is the opposite of the truth. At struggle sessions, academics and executives confess that they’re racist to prove that they’re not racist. The only people who can safely claim not to have privilege, have that privilege. No one at work will admit to voting for President Trump, but someone must have.

The more speech is banned, the more worthless is the speech that is still allowed.

Polls become useless when people are too afraid to tell partisan pollsters the truth. Democrats and their media demand censorship of social media to protect the integrity of democracy from the speech of the demos, and then are caught by surprise when they suddenly lose elections.

Censorship creates a culture of lies. The more restrictive the censorship, the worse the lies. In a totalitarian system, no one believes anything, and no one trusts anything that they hear. And that culture of mistrust leads to a deep rot that corrupts everything and everyone it touches.

People retreat behind masks, literal and figurative, to protect themselves against a masked system which lies to them and spies on them. And the system thinks that it’s in control because it hears its own lies repeated back to it, not realizing that it’s the one now being lied to.

The irony of the Soviet anecdote was that it was a joke that could only be told by not telling it.

To breathe, to open your mouth and fill your lungs with air, requires a sense of freedom. American tourists visiting the USSR noticed the tension, the invisible weight, the closed faces of the people they met. To the Russians, Americans seemed an open and free people. Freedom was not just a legal condition, a matter of elections and constitutions which on paper the Russians had. Being truly free meant not even being able to imagine the loss of freedom.

Now it’s Americans who walk the streets, when they dare, their faces closed off, invisible weights bowing them down, wary that anything they say might end their careers and lives. Hundreds of millions of people have been cut off from their families and thrust into a national conversation mediated by giant monopolies set up to enable the informants of cancel culture.

The perfect panopticon that the KGB could have only dreamed of is here and we’re living in it. There is no telling when someone might be watching you, taping you, provoking a confrontation that will be posted on social media, made to go viral, and lead to permanent unemployment.

Not to mention possible arrest and prosecution, or even violent assault and murder.

It’s safer for millions to put on their masks and not say things. And if there seem to be few Biden yard signs and little enthusiasm for the political program of the ruling class, that’s also unsaid.

And it is in the realms of the unsaid where the movements that really matter take place.

Everyone, from top athletes to corporate executives, knows that they have to kneel and mouth the words. And the little people holding down jobs at some Fortune 500 company that assigns Robin DeAngelo as mandatory reading know it better than anyone else. They wear their masks.

Free people breathe. Unfree people hold their breaths. They put on masks and close their mouths. They push the fear and the anger behind their eyes. They repeat the lies until the entire world around them seems made of lies that they believe and don’t believe at the same time.

A nation has put on its masks. And it’s waiting for November to find out if it can take a breath.