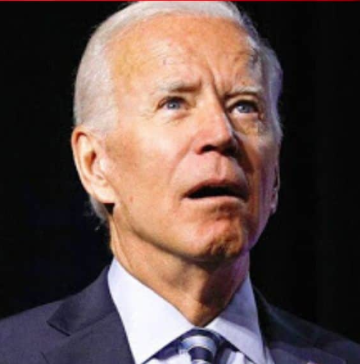 Joe Biden’s campaign has handed down a new edict. They want you to stop calling Biden, “Slow Joe” and start calling him “Scranton, PA Joe.”

And he is calling President Trump “Park Avenue Trump.” Clever, but sorry Joe, Donald Trump lived on 5thAvenue, not Park Avenue. While only a block apart, you’d think you’d know the difference since many of your donors have addresses on both streets.

By the way, Joe, it’s great the 5th and Park Avenues folks are still supporting you since the Democrat Mayor of NYC, Bill DeBlasio, has caused the value of real estate throughout the city to plunge with dumb crime laws and defund-the-police-cuts. Probably didn’t help that he illegally painted “Black Lives Matter” in cabbie-yellow right in front of Trump Tower on 5th Avenue – presumably to embarrass Trump.

Maybe you agree it was a terribly childish prank. If so, perhaps you could stage a photo op with the Mayor, working together to clean it up.

The other big problem with this strategy – the less charitable might say hypocritical problem – is that you are now worth at least nine million dollars, and you’re living in the basement of a $4.7 million mansion in Delaware.

Wow, I wonder how families in Scranton feel about that? After all, the average price of a home there is $109,000 – about 42 times less than your home’s value.

So Joe, how do you call yourself “Scranton,PA Joe” when you have nothing, and I mean absolutely nothing, in common with the families there? Pardon me for saying it, but this smells an awful lot like a purely cynical marketing ploy to gain support in a state that could swing the election.

I wonder if voters will be fooled given the fact that you spent 47 years in Washington selling the jobs of Scranton families – and the jobs of families all across Pennsylvania and America – to China and Mexico. You left those families with empty factories, broken hopes, and no way to care for themselves.

Then there is Ukraine where you intervened and had a prosecutor fired because he was looking into the company for which your son sat on the board of directors. In fact, the press denies it, but everyone with first-hand information has confirmed the investigation was current and included looking into bank laundering that may have directly benefited your son, Hunter.

Your son made $100,000 per month in an industry he admits to knowing nothing about. Not to worry, I’m sure all Scranton dads out there could have rigged the system for their sons as well.

After all, that’s why you are “Scranton, PA Joe.”

47 years in high government office Joe, and what do the people of Scranton have to show for it?  You made millions, your son made millions, a prosecutor in Ukraine got fired, China got special access to the White House, and the regular families of Scranton got fewer jobs and closed factories.

In all your 47 plus years Joe, you never built anything, never managed anything, and never had an original idea that didn’t come from your handlers or colleagues. Your history of plagiarism is long, your dishonesty could fill the New York City yellow pages (if the yellow pages still exist,) and somehow you think you’re qualified to be president of the most important country in the world.

It’d be one thing if you’d changed. But you told the good people of Scranton that you weren’t against fracking, an industry that Trump promoted in this town. But even before announcing your fracking opposition, you enthusiastically signed onto a Green New Deal by AOC that requires fracking be ended to meet its environmental goals. You also picked a running mate who said she supports an absolute ban on fracking.

The truth, Joe, is that your new leftist friends like AOC, Bernie, Kamala, and the rest aren’t going to let you get out of a fracking ban. Should you win, we can say good bye to fracking, energy independence and tens of thousands of good, high paying jobs.

Joe, you’ve flip-flopped on just about every issue your entire political career. Sometimes more than once for the classic, “flip-flop-flip.”

Based on your history, your mind-bending, position changing, seem especially active during campaign season. You seem to have no problem swinging with the wind – or the polls – saying whatever people want to hear.

You tell union folks their jobs are the most important thing in the world and must be protected, then you go cut deals with China and Mexico to ship those jobs out of the country. For years, you promised you’d never allow tax money to be used for abortion, now you’re an enthusiastic supporter for using tax money to pay for abortions. Four years ago, you said the Senate should absolutely take up the nomination of Judge Garland, now you say they should not even consider replacing Ruth Bader Ginsburg.

Just look at the Democrat platform you adopted this year. A Green New Deal that requires fracking bans, the elimination of thousands of jobs for working families, higher taxes on every American, and much higher energy prices – all things you claimed to oppose, that is, until you needed the votes of the far left of your party. Now, you’re the GND’s biggest fan.

The platform also includes cuts in police departments, which you once claimed to oppose, even while supporting “redirecting” funds from police to some other community programs.

Maybe it’s time Joe to take the lead in your own campaign and tell your advisors to scrap the “Scranton Joe” thing. Tell them you just want to be the Joe Biden you  actually are. But expect some pushback. “Good ‘ole slow Joe” probably won’t get you many votes.