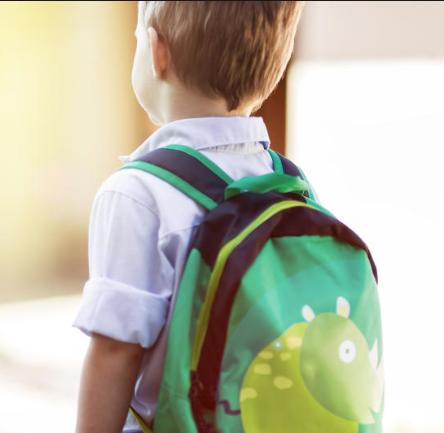 A recent issue of the Daily Signal (Heritage Foundation) included an article by a teacher that described the levels and types of “indoctrination” taking place within the school at which he teaches.  He also described two instances where he was shut down from using methods he believed to be good illustration of lessons he was supposed to be teaching.

The first caused him to be accused of “cultural appropriation.”  This is a leftist term for teaching about another culture when you are not part of that culture – suggesting that nobody can speak about another culture unless they have lived it.  Entirely ridiculous but it’s not a bit funny.  The second was his efforts to help children understand different folk traditions from around the world but included a story about the Tower of Babel that is, of course, Biblical in origin. He was immediately told that that segment had to be dropped “or face consequences”.

My own experience involves months of research on the local West Virginia school systems in two different counties within the state where I reside.  As part of that research I was provided with some examples of single-page hand-outs found in the backpacks of students in elementary and middle schools in Wood County where I previously resided.  They all were cases where the hand-out could be described as pure leftist propaganda or cases where kids were given assignments ostensibly for English Composition.  The assignments involved completing or correcting sentences for punctuation or sentence structure or mismatched verbs or tenses.

When I moved to Lewis County across the state, I submitted a Freedom of Information Act request for copies of all hand-out materials used by the Lewis County School District and a copy of the district’s policy regarding the means for teachers to obtain approval of the material before introduction of the material to the classroom students. I received a lengthy letter from the district’s attorney stating that there were no documents fitting the description of the items I requested and therefore there were no records to be provided.

There is also no existing policy regarding approval of supplemental hand-out materials.  The rational appears to be that since any approval would likely be non-existent or only at the principal/school level, the district office was under no obligation to provide such things.  This appeared to me to be a dodge to force me into filing requests at every different school in the district.  In any event, I took a different approach…

I took these papers to the local district superintendent in an effort to understand how such materials make it into the classroom without School Board, School Administrator or the Superintendent’s knowledge and affirmative approval.  After all, any textbooks have to be selected from a state-approved list and alternative texts have to receive a district or at least a principal’s approval as well.  So, what about the “supplemental” materials (hand-outs and quiz sheets)?

When I showed her the papers from Wood County (only as examples of problematic materials), she denied ever seeing any such biased and subjective materials in Lewis County.  I suspect that she never was a teacher in the county, but that is speculation.

At first, she was defensive and claimed, “My teachers know better. They only use materials that are from the state-approved curriculum. And besides, out parents would not stand for things like this being used in the classroom.” That immediately raised the hackle on my neck a bit because the state makes a point of telling everyone that will listen that they take no part in the development of curriculum as this is entirely within the purview of the local school district to decide. You would understand this if you knew the culture that demands as much control as possible at the local level.  That is more illusion than fact, but that’s another can of worms.

What she did do was bring an assistant into the discussion who was involved with curriculum development.  When I asked the direst question of who is required to review and approve such hand-out material produced by teachers in the classroom, neither of them could offer an answer.  They finally, after several more minutes of back-and-forth discussion of why I was interested in knowing this, admitted that they did not know and would make a point of placing that question on the agenda for the next principals’ meeting to be held the following week.

It has now been over one year since that commitment to find an answer was given. Since then…crickets.  I am guessing that following that discussion little, if anything, has been mentioned other than “maybe he’ll go away.”  Then the so-called “pandemic” hit the fan and I delayed re-connecting with the Superintendent for obvious reasons.  I will update you next week when I surprise them with another visit.

The point to this narrative is to ensure that as many parents as possible are aware and alert for this sort of subtle indoctrination that is allowed to enter the classroom with little or no scrutiny by those responsible for ensuring that bias remains outside the classroom.

Sentences like – “The president of the United States is the supreme authority and his directives must be obeyed.” – with the student directed to correct the problem(s) within the sentence might work to improve their writing skills, but it also sends a blatantly false message to students that is counter to our constitutional republican firm of government where the President (capitalized) is responsible for executing the laws but has no authority to make the law.  When you use several similar incorrect statements in the same exercise, the influence becomes significant in misinforming the students regarding how our government works.  At the elementary or middle-school level, kids are highly impressionable and easily influenced.

Unfortunately, in these times parent that care about their kids and want them to have an accurate education that teachers truth instead of leftist drivel, the only way to know is to get involved with their kids and inspect their backpacks periodically for what gets handed out and then graded and returned to the student.  You might be surprised what you find they are teaching in your schools.  It certain that even the superintendents of some school districts have no clue.

Some might ask, “Where is the school board in all of this?”  In West Virginia, new board members are required to attend an orientation conducted by a law-firm hired by the State School Boards Association. Their standard direction to the board members is to stay away from policy issues relating to curriculum or classroom activities and leave it to the “experts” (meaning the superintendent, staff, and faculty) to make those decisions. Their reasoning is that much of those issues are too controversial and problematic for board members to deal with. As I said, it’s primarily up to the parents if they care enough to know what is happening in their kids’ schools.