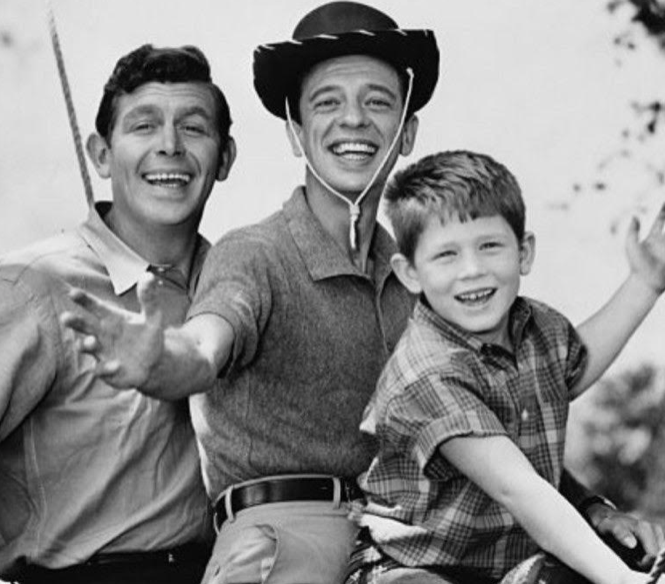 As a teacher most of my life I have had to cover in government classes the stereotyping of people by race and by where they lived. In the latter as a Southerner I see a great deal of this, especially about those in the South who support the re-election of Donald Trump for president. The media, both entertainment and news plays a major role in this.

I had lived outside of Cleveland my first ten years of life when my parents had a great opportunity. To own and run a retail pottery in a small Virginia town called New Market. A mecca area for tourism. Quite a change in life for a kid accustomed only to city living,

Before we made the big move, an aunt who was also a teacher privately warned me about something: “You have to be careful. Where you are going the people do not associate with others of a different race. You need to be careful when making any friends with Black children.” She never went into the reasons why. I had no idea what segregation was all about, and frankly when I did learn, I remembered that northern cities were pretty segregated themselves. In Cleveland, African Americans lived in their own neighborhoods, as did ethnic Germans, Irish, Italians, Poles, and others. There were boundaries, and these same kinds of boundaries existed in New York City, Chicago, and many other places. I also knew there were attitudes each group had of their superiority over others. I only knew a couple of Black children, and that was in school. One had the same first name I did and we used to play games on the teacher by both answering when she would call one of us and we would laugh at her discomfort.

Sad to say, most of what I knew about Blacks came from radio. Particularly Amos ’n’ Andy, which was very popular, though it was created by two White actors who also voiced the title roles as well as many other minor roles. Later, when the show moved to television, it used Black actors in the two major roles. To be fair, other radio cast members were Black, and there were Black actors and actresses who got their start on the show and then went on to fame on their own. On the negative side there was a major emphasis on laziness, dishonesty, and greed.

The New Market Theater, where I was introduced to B western films, gave me my introduction to segregation in the South of the 1940s. My first time attending was with my parents, and then I had the opportunity to go on my own with a couple of friends to a Saturday matinee. When we paid the fees and went inside, I headed for the balcony. The fellows with me grabbed me, saying, “You can’t go up there. That’s for the colored people.” Now, the balcony was the fun part of the theaters in Ohio. I felt that Blacks were given the best seats and we White kids were discriminated against. So we sat in the front row, where we could be part of B Western action. Later I became acquainted with separate restrooms, drinking fountains, and restaurants being segregated.

What seemed odd to me was that early in the morning White and Black children would congregate at bus stops and play together. Then one bus would pick up White kids and carry them a couple of miles to New Market School. Another bus would pick up the Black kids and carry them eighteen miles away to a school for Blacks. If kids of different races could play together, I could not understand why they had to go to separate schools.

This was what prompted my support of Civil Rights movement from the very beginning. After I had been in education eight years, I was elected president of our local teacher association. This was in the days before education associations began to become more like labor unions. At the time our Virginia schools were just beginning to desegregate, but our education associations had not. I was put in contact with an outstanding leader, of the Black teacher association of our school system, and our combining as one became the prime objective in my administration. We were one of the first school systems to integrate our teaching association in Virginia and did so before much of the South.

However, it would be wrong to think that stereotyping of people in the South was strictly between black and white. It must be stressed that stereotypes about the South remain to some extent, whether it be on radio, television, or film. It semis like every film classic taking place in the South is being branded as racist. One case in point is Song of the South, which the Walt Disney Company has withdrawn from home-video sale for political correctness. The Uncle Remus tales were in the book that Disney used, and they were a collection of stories made up by slaves. These stories were collected from former slaves by Joel Chandler Harris, a Georgian who lived during the Reconstruction period. Several books were written with stories told by a character named Uncle Remus. The tales gave hope and joy, as Br’er Rabbit represented the oppressed Black man and Br’er Fox and Br’er Bear the master and overseer. No matter what scheme was used against Br’er Rabbit, he continually outsmarted the master and overseer.

The withdrawal of Song of the South is very similar to what happened to Mark Twain’s book Huckleberry Finn, which reflected the times. The Mark Twain novel once was required reading in most high school and college American Literature classes. Now it has been banned in a number of school systems. One of the main story lines was Huck breaking the law to help an escaped slave gain freedom. The biggest objection has been to terminology that was common at the time of the story. Future film plans for this book, though popular in theaters in past productions, are likely never to be fulfilled.

Gone With The Wind is now being especially targeted.

I was caught up in stereotyping myself. A very popular radio show in the 40s featured Judy Canova. In each show there would be a scene about her parents, who were labeled as hillbillies. A typical segment played as follows:

“Why, you have only been in that position six months now!”

“I must be getting kind of restless.”

Yes, I laughed like everyone in the radio audience. Then we had the popular comic strip Li’l Abner by Al Capp, which was later made into two movies and a popular musical comedy. It was about the hillbilly community of Dogpatch. Even though the Yokum family often outsmarted outsiders from the city, the community was shown in the saddest uneducated conditions. Yes, it was popular reading for me. When we moved to New Market, there were a number of music shows on radio that featured what was “hillbilly music,” though today we refer to it as country. Another popular comic strip was and remains tare 100 years Barney Google and Snuffy Smith.  Snuffy Smith is the epitome of a lazy, s heavy drinker of moonshine chicken thief who lets his wife do all the work of keeping up the house and child care. He at last gets put in jail for his deeds from time to time. .

One day I was walking home with a friend who was in fifth grade with me. He lived on a nearby mountain. I inquired, “You’re a hillbilly aren’t you?” He hollered at me and started to hit me. I had not realized how often town boys taunted those from the country with the phrase “Hill Billy,” implying mountain kids were inferior. It took a long time for me to regain his trust and friendship.

I confess that this stayed in my heart so strongly that unlike most of the country, I felt uneasy about the TV series The Beverly Hillbillies during the sixties. I often wondered, when that series was on, what my old fifth grade pal thought of the show.  Hee Haw was big and remains so as it is in constant syndication. Granted the performers are brilliant at giving the message that they are making fun of themselves and not real representations of Southerners..

I very much enjoyed the Andy Griffith Show which was definitely not hillbilly but a beautiful tribute to Southern small towns that is still a very loved syndicated show today. North Carolina born and raised Andy Griffith probably did more good with that show and his Matlock series to put down stereotypes about the South than any thing else on TV.

I do not think we need to fear riots by Southerners protesting media stereotypes making them look uneducated and ignorant. Sadly that is a tactic being used against those in the South who support President Donald Trump. You can almost hear the sneer in the voices of mainstream anchors when they talk about any Southerner supporting the president.

America Needs a Coalition of Faith