“People say we got it made
Don’t they know we’re so afraid
Isolation”
-John Lennon, “Isolation”

The discussion of mental health is usually the last active conversation in the American dialogue. With all the literal masks that we currently wear to allegedly protect ourselves, how goes our mental health? How well protected are we from our own insanity? By my observations, not necessarily well these days. 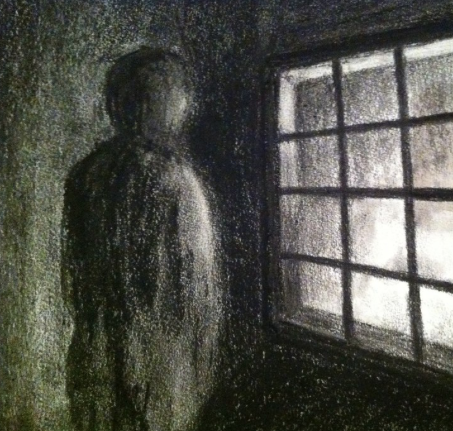 The harder discussion is actually about our individual mental health. I worry about the American isolation that we all face. The first victims of social distancing are our souls, our minds and our individual personalities.

The sad distancing that separate us from our active souls is making many of us miserable.  We are social creatures, unable to gather, unable to worship. People are becoming more isolated, unresponsive to the most basic of greetings.

Suicide Awareness Month is in September each year and that is appropriate to the subject matter discussed here. I am incredibly concerned that the subject and reality of suicide has once again been delegated to the closet of shadows. With the exception of President Trump, no politician nor media maven is talking about the increase in the suicide rate, among all strata of society.  In some areas of America, since the beginning of the COVID-19 pandemic, such as New Mexico, the suicide rate has allegedly tripled.

As we talk about replacing the Affordable Care Act, we need to include a detailed revamping of the mental health tenets of any new health care legislation. Under previous health care, during the ACA, there was an alarming need for a frustrating pre-certification process before seeking or receiving Mental Health care. President Trump is working hard to address this issue with both political parties.

The social stigma of mental illness still exists in our society.  We need to have an honest dialogue about mental health in our current America. Most of the homeless people are mentally ill and need professional help. The Governors that continue to ignore the tragic plight of these people should be fired.

In recent months, there has been an upsurge of suicide among our youth.  I have a few theories about that. The lack of religion in our schools is quite sad and dangerous, particularly among the young. Many of us prefer to live, in the Church of the Almighty Me, a social exercise in futility. At any age, if you believe in nothing greater than yourself, with no Christian or spiritual values attached, I believe you are vulnerable to mental illness and a daunting spiritual malaise.

More basic to our discussion is that many children are not seeing their friends in school. Without social interaction or a spiritual awareness, depression creeps in.

On July 14, 2020, CDC Director Robert Redfield said as such, in a Buck Institute webinar, that the rate of suicides and drug overdoses have surpassed the rate of COVID-19 deaths for high school students.

Redfield  argued that lockdowns and the lack of public school interaction have lead to a negative impact on our young people’s mental health.

Redfield, in part, stated the following on July 14th:

But there has been another cost that we’ve seen, particularly in high schools.  We’re seeing, sadly, far greater deaths from suicide now than we are than from deaths from COVID. We’re seeing far greater deaths from drug overdoses that are above excess that we had as background than we are seeing the deaths (from) COVID.  So this is why I keep coming back for the overall social being of individuals, is let’s all work together and find out how we can work together to find common ground to get these schools open in a way that people are comfortable and their safe.

Now the CDC doesn’t have my full confidence, but I do take seriously the reports of an increased suicide rate.  The most recent published Federal data has 48,000 deaths from suicide and 1.4 million suicide attempts in 2018. In 2019, it has been reported, that 71,000 people died from drug overdoses. Doctors and medical professionals in many cities are reporting a rise in suicides, self inflicted injuries and opioid overdoses.

There are many people that regrettably have lost hope and who have no Christian faith. Unless we give the mental health pandemic the attention it deserves, I fear the 2020 numbers will be greater.

Where is the media in addressing our national suicide pandemic?  Where is Congress?  Missing in action, wrapped in rhetoric, I’m afraid.  As previously mentioned, the only public figure, in our current dialogue, that has addressed this national crisis, is President Trump.  Yet, the conversation needs to be broader than saying that suicide numbers are increasing in the wake of the COVID Pandemic. We need a national conversation on mental health. We need to exercise an individual responsibility to intervene in potential suicides. Everyday is Suicide Prevention Day.

Another fearful concern of mine is the rate of suicide among our Veterans. The latest veteran affairs report indicated that the rate of suicide has gone down from 22 a day to 17 a day.  Hate to be cynical, but I doubt the accuracy of that statement. A large percentage of the Veteran Suicide, per-day numbers are based on 2017 statistics. We need an updating and a compilation of current suicide and opioid overdose numbers. Many Veteran suicides, as I have reported on previously, may occur in rural areas without an active VA hospital system. Therefore, many of those suicides are not counted in national statistical analysis.

In closing, it is time to take the subject of suicide out of the closet and fight it like a virus. We need to shine a broad light on the darkness and give the darkness a real shape. Never be afraid to address the depression of a friend or family member with a firm gentleness. Never let your silence be an eternal regret of a failure to address that darkness.

If you are considering suicide, don’t. Please call the National Suicide Prevention Lifeline number 800-273-8255. You have a special purpose on this earth. Your bright light helps brighten many people’s lives. The survivors of a loved one’s suicide are  forever changed. Life is always an adventure, even when it is a challenging adventure.

The Future Is Looking Bright for The GOP