From the biblical exodus of the Hebrew slaves to the emancipation of African slaves, liberation used to mean autonomy. Slavery was the greatest denial of personal autonomy and liberation freed the former slave to make his own decisions and exercise power over his own life.

Now, liberation is identified with controlling others. It is not enough not to be a slave. To be truly liberated, you must enslave others. Freedom is an illusion. There are only slaves and masters.

The collectivist theory of society rejects the notion that we are free to the extent that we can make our own decisions, rather it insists that we are only as free as the power and wealth wielded by our group. Minorities are not truly free until they have the same average household income as white people. Women are not free unless they have the same income a man does. 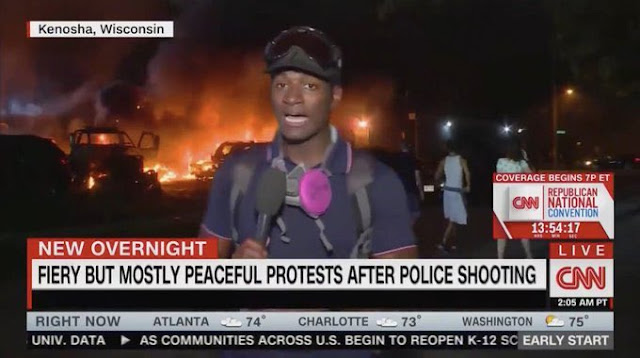 Trading liberation for equalization inevitably requires a totalitarian state to do the equalizing, resulting in the enslavement of a society that turned over its freedoms to a system built to ensure that no one, except the ones running it, can gain any advantage over anyone else.

But grievance culture goes further by redefining liberation as a state of mind, not a state of being. It doesn’t matter how free you are, legally and objectively, if you don’t feel liberated.

Oppression became a psychological condition triggered by what other people said, the costumes they wore, or even their refusal to affirm the victim’s insecurities. The racist ‘white fragility’ doctrine is built on expanding the classic self-help doctrine that those who resist its cult like processes are the source of the problem, not the people with the obvious problems.

The very name, ‘white fragility’ reverses who has the problem and who is really feeling fragile.

Both social collectivism and psychological oppression erode the physical boundaries of individual autonomy and entangle everyone in a single system with only two available roles.

Oppressors and victims. Refusing to play means automatically being assigned as an oppressor.

Where liberation once sought to free slaves, the new liberation pursues the oppressors whose words, attitudes, and even unspoken thoughts perpetuate an imaginary system of oppression. The professional victims who claim to be enslaved by this imaginary system cannot free themselves through their own actions by asserting their autonomy, instead they must confront and assail those classes of people they blame for their oppression and force them to atone.

The process of liberation is, like Communism, endlessly indefinite. As the system of oppression takes on more microscopic forms, receding into the quantum foam of academic jargon and psychological subjectivism, it becomes a perpetual reality that will never go away.

Freedom, this doctrine holds, is essentially impossible because there is no blank slate. Everything is defined by ‘whiteness’ which incorporates the two-parent family, systems of measuring time, and virtually the entire corpus of mathematics, physics, and real science. Oppression is built into the fabric of the world. It cannot be escaped, but can be adopted.

If a blank slate is impossible, then power cannot be given up, but it can be taken up.

We may never be free or equal, but the balance of that oppression and inequality can be recentered by ‘decentering whiteness’ and ‘centering blackness’. The total entanglement of the individual and society, and of every individual with every other individual in society, makes it impossible to seize power for personal autonomy except by destroying the autonomy of others.

The new liberation does not aim for a colorblind society, the very idea is denounced as a product of whiteness, but a society that denounces white people and upholds ‘blackness’. It is not enough to read books by black authors, you must cease reading books by white authors. It is not enough to hire black people, to be truly ‘anti-racist’ you must also fire white people.

Everything is a zero sum game in a conflict where racial progress requires racial regress.

Liberation is not the end of the struggle, but the beginning. Racial progress doesn’t end racial strife, rather it intensifies it. The worse the violence and hate get, the more progress there is.

The practical implementation of that theory has turned our cities and culture into war zones.

Personal autonomy was and is an achievable goal. Social justice isn’t. It’s a conflict that never ends, crushing families, communities, and countries, because it defines society as conflict.

The Marxist view of the world is rooted in conflict. Accepting it can lead to only one of two outcomes: endless conflicts without any real progress or a dictatorship which resolves the conflict by claiming it no longer exists even though society has actually moved backward.

There is no happy ending here.

The American notion of freedom was based on the personal autonomy of the individual, not the balance of power among social collectives. Unlike socialist constitutions, America did not set out to define the roles of classes or groups, it dealt only with individuals and their geography.

America is a nation defined by the manifest destiny of regions and the freedom of settlement. It is a colonial nation in the best possible way, extending to its people the right to choose where they lived at a time when millions of people around the world still lived in a state of feudalism.

The pioneer narrative, the creation and the transformation of communities, is more than a founding myth, it is how America defined freedom in terms of individual autonomy. An American could choose his freedoms, his rules, and his way of life by picking up and moving somewhere else. He could live in the political and social geography of his choice, from a booming city to the middle of nowhere. A blank slate was as possible as a big sky and a wide open frontier.

The closing of the frontier eroded the physical distances and the rise of national institutions eliminated social distances. The 20th century was obsessed with a national society and the administering of a state that would oversee it. In the 21st century, both became a nightmare.

Societal perfection can ultimately only be pursued through compulsion and tyranny.

When freedom is defined in socially absolute terms, it disappears. Freedom, like justice, or any other merely human quality, cannot exist in the absolute sense. To pursue them absolutely is to destroy them. Freedom exists in the undefined regions of quantum indeterminacy. The more we try to bring it about with the exercise of our powers, the more it slips away through our hands.

None of us are truly free except to the extent of our certainty in our own choices. Disproving free will is childishly easy and that sophomoric game underlies Marxism and its modern offspring.

We are not truly free, the Marxists tell us, until we all become slaves to their system.

Freedom is a choice. So is oppression.

The Left has waged a war of words and ideas to wipe away the difference between oppression and liberation, reclaiming power over your own life or gaining power over others, because its grievance culture uses liberation as a means of oppression to wield power over everyone.

The new oppressive liberation and its grievance class of tyrant victims exploits the empathy of those who become complicit in its abuses with performative displays of pain and anguish. Its bullies scream about their suffering even as they’re beating, robbing, and killing the real victims.

Pain is not the real metric of oppression. Every single radical racist movement in this country, from the KKK to BLM believed that it was reacting to a state of oppression. The racial and ethnic genocides of the 20th century, from the Nazis to the Hutus, were carried out by movements which believed that they were being oppressed and sought liberation through mass murder.

It’s not enough to believe that you’re oppressed. Performative pain is worse than meaningless.

The only true metric of oppression is personal autonomy, not how much money you have, your perceived social role, or whether someone else makes derogatory remarks about your group.

When a government offers personal autonomy, there is freedom. When it tries to equalize society by controlling how resources are distributed across groups, let alone speech, there’s no freedom, only a downhill ride from compulsion to tyranny in pursuit of an impossible absolute.

Freedom doesn’t only mean the freedom to be right, but to be wrong.

And that’s not freedom. That is oppression.

Americans are in desperate need of liberation from our enslavement to the radical absolutism that has divided our country, wrecked our sense of purpose, and deprived us of our optimism.

The tyrant victims and their culture of oppression turns all of us into slaves to the conflict. But we don’t have to go on playing their game of oppressors and victims. We can choose to be free.