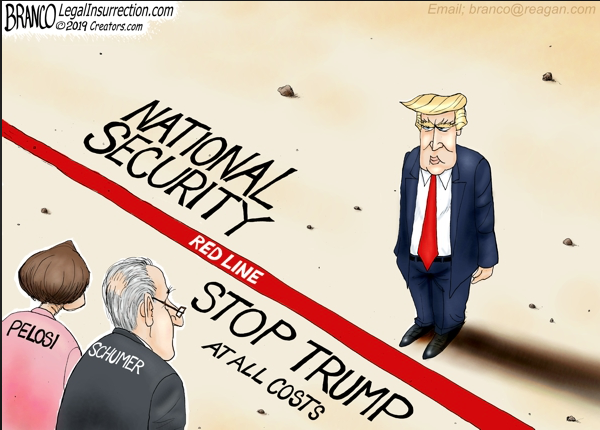 Conservatives these days look at Pelosi, Schumer, and the far left that has taken over the Democrat Party and wonder how they became so powerful. In some cases, the far left operatives moving us toward socialism are appointed officials. Obama and Biden appointed a great many of those. In most cases, though, the leaders of the socialist movement in America are elected officials.

On the left, Democrat leaders say it’s all about Trump and those who support him. Hillary called us deplorables. Biden says we’re “the dregs of society.”

The left has nailed it. We are deplorable because we are responsible for electing the man they most hate. It is thanks to us that Trump is in office and is keeping his promises. And it’s thanks to us that Hillary is not. Votes count!

It is also thanks to us on the right that people like Pelosi are in office. They win term after term not because they are good, or because they give a damn about the people, but voters elect and re-elect them because they allow themselves to be misled by the left’s deceit.

Across America, we’ve seen radical leftists replace establishment Democrats that have held their seats for ages. Majorities of Democrats in those districts bought Bernie’s and AOC’s promises that free is better. It’s a slippery slope that’s played out throughout history. From Cesar’s promises to Rome of bread and circuses; to Biden’s promises of free college and no-cost health care for Americans, it’s proven a slippery slope that never ends happily.

If voters had not put hacks and far-left partisans like Bernie and Pelosi, the “Squad,” and Schumer, Schiff, and Nadler into high public office, what would our country look like?

My crystal ball is pretty much worthless, but one thing’s for sure, America would look different. Obama would never have been elected, neither would Trump. Both parties would be more moderate. The extremes would be an exception. Trump isn’t extreme, but Americans electing a president who’s never held office before definitely is. It was exactly because a huge number of Americans were sick of politicians who didn’t tell the truth, who treated them like the deplorables Hillary called them, that Trump was elected. That doesn’t make it good or bad, just reality.

Obama promised he’d fundamentally change America. Be assured he didn’t mean it in a good way. He didn’t want to make America better or stronger. He sure as hell did not mean he’d Make America Great Again. What he meant was erasing the exceptionalism that set us apart; “leading from behind,” and exchanging American unity for division, envy, and blame.

Obama’s was a radical departure from the way Americans had always viewed ourselves. Regardless of our color, ethnicity, gender, or age; we’d always been Americans first. No more. Obama sliced and diced us into ever smaller units of tribal identity.

An important question every voter should ask the candidates this year is this: are immigrants more important to them than Americans? If they answered truthfully, it would be telling. Why are Americans living on the street with no real health care while Biden promises free health care to illegal immigrants. And not just health care, but free education, subsidized housing, food stamps, welfare, and more.

In 2016, Americans elected a guy they didn’t necessarily like, but they knew had as little regard for the political establishment as that establishment had for them. They knew Trump didn’t need them, he was successful in his own right. He had more than a basic knowledge of how money works. He knew how to negotiate, how to make things happen against all odds, and how to stand up to the establishment. During the campaign, he promised a lot and didn’t care about making enemies. He was called a racist, a bigot, and just about every other name people could conjure as an insult.

In the last weeks of the campaign, Hillary Clinton was basically measuring for drapes in the White House; almost every major poll showed her winning by a landslide. Her own campaign team believed her victory was so certain they didn’t bother campaigning in several key states. I’d bet money that, to this day, she hears “Hail to the Chief” every morning she wakes. Of course, she blames everyone but herself for her loss.

On election night the various network thumb-suckers bad bet the farm Hillary would win. They were desolate when she didn’t. CNN, MSNBC, and CNBC all put their staff on suicide watch.

Why did Trump win? It’s simple. Biden and Obama had taken America too far left with their redistribution of wealth and government controlled healthcare. The constant lies by Biden and Obama — and the rest of the Obama Administration – from Hillary to Susan Rice – were simply too much to tolerate. Those Americans not lulled into a desire for security above freedom, and those not indoctrinated by a Marxist leaning public education system – longed for a return to a sense of American unity and exceptionalism. They understood America’s history, our aspirations, our striving for goodness. They wanted the America back that they loved and trusted. For them, Trump was the only choice; imperfect, unorthodox, but singularly suited to get it done.

Obama and Biden had taken away American self-respect with their constant apology tours, pushing a racist narrative, condemning America’s motives at every turn. Trump promised to restore pride in America. He promised to put America, and Americans, first; and stop the world from walking all over us with every trade deal, every treaty, every handshake.

Internationally, America regained respect thanks to Trump rebuilding our military.  Domestically, he countered years of Obama-Biden abuse against law enforcement by supporting and encouraging respect for the law and for police. Slowly, Trump started the long process of draining the swamp; though the swamp has most certainly fought back with countless allegations, investigations, even impeachment.

Even before he took office, the leftist elites tried to undermine Trump with illegal wiretaps and investigations. Now it looks like some of those people are themselves facing prison for their illegal behavior. As Biden would say ‘you know the deal’.

These are interesting times. History is being made.

One lesson we should learn is that votes matter. They have an impact on our lives for many years.

Electing Joe Biden, for example will cause our country to take a very hard left turn on a fast track to socialism. He has already promised trillions in tax hikes and new taxes on the middle class. He’s promised to undo the regulatory relief we got under Trump. After all, he’s spent 50 years in government writing many of those anti-business regulations.

Joe doesn’t like guns so he wants to take yours. At the same time, Joe will “redirect” money from police departments to other community “needs.” It begs the question: “no police, no guns, what are law abiding citizens to do when confronted by a criminal?”

Joe is more focused on the needs of illegal immigrants than homeless Americans; he wants to spend billions to provide health care to illegals, but hasn’t made a peep about the desperate mental health needs of so many homeless.

I wonder how Chairman Xi will react to Joe’s favorite sentence starter, “Come on man.” However, he reacts, he’ll no doubt be happier it’s Biden sitting across the negotiating table than Trump.

And let’s not forget Biden’s puppet handlers want to add more seats to the Supreme Court so they can pack it with leftists, they want to make Puerto Rico a state so they pick up two new U.S. Senators, they want to make 22 million illegal immigrants U.S. citizens so they never have to worry again about competitive elections.

Another wish list item: getting rid of the electoral college so presidential elections are determined by the 4 or 5 most populous, and most left-leaning, states in America.

And Biden’s election will further empower Pelosi and Schumer, career politicians who only care about money and power. Their power and your money.

By contrast, a vote for Donald Trump in November will mean greater prosperity, a secure border, more money in our pockets, a strong military, more criminal justice reform, more money going to the inner cities for development, school choice so kids get a quality education, and a workable immigration system that puts Americans first. With Trump, we’ll get more jobs, less regulation, and someone we can trust to hold the line on taxes.

To make the right decision, voters will have to look behind the leftist promises of heaven on earth to see the socialist hell where Democrat policies will actually lead; and they’ll have to choose freedom and prosperity instead.

Let’s hope most Americans are smarter than the ones who keep electing the likes of Nancy Pelosi, Chuck Schumer, the “Squad,” and Kamala Harris. If they’re not, hell will be the new America in less time than anyone could have imagined.

Francis Buk: The Nightmare I Experienced Under Slavery and My Escape

Dem Congresswoman Calls For More Civil Unrest: America, We Have A Problem.