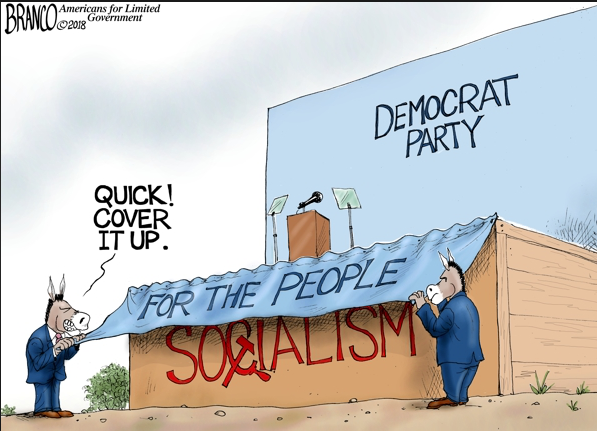 When you hear the phrase, “traditional Democrat”, what comes to mind? Perhaps your father’s or grandfather’s Democrat Party comes to mind. Hard-working blue-collar types, the guy who went to work at a union job right out of high school, or maybe did a stint in the military before landing that union job. They carried metal lunchboxes with a thermos, hung out in a working man’s bar, and bowled on Saturday nights.

They were not educated men, but they were smart and savvy. They worked hard for what they had, and they didn’t expect handouts. They made a good living at whatever occupation they had. When their working years were over, the union was good to them. They got a gold watch and a nice pension. But underneath all of that, they loved America. They respected America’s institutions and taught their children to do so as well. Perhaps they were the children of immigrants who had come here in search of a better life. They knew that no where else on Earth could they have had the life they and their children had than in America.

The sound you now hear is that Party’s existence coming to a screeching halt. The Democrat Party on display for all the world this week in virtual Milwaukee, ironically a traditional blue-collar town itself, does not seem to have any remote connection to the one described above. Those blue-collar guys are still around, and they would probably tell you they are Democrats. But have they seen their Party lately? Do they know what their Party now stands for? They of course have not left the Party, but do they know the Party has indeed left them?

Joe Biden might be the Democrat Party nominee for President, but the Party platform has Bernie Sanders’ name all over it. Bernie Sanders is a self-avowed Socialist. Socialists tend to want to do a lot of really great sounding things with other peoples’ money, in this case, your money.

Hey metal lunchbox guys, is that all right with you?

A quick perusal of the 80-plus page Platform document talks about things that most people already know about, open borders, universal health care, and ridiculous rules and regulations to combat climate change. Some of that climate change involves the elimination of coal.

Hey metal lunchbox guys who happen to be coal miners, is that ok with you? The new Democrat Party would make citizens out of anyone lucky enough to get across cross the border. All of these new arrivals are going to make it a whole lot tougher for you to keep that union job because, you see, they work cheap. All of those new Americans are also going to get free healthcare, free college tuition, and free housing. Your taxes are going to go way up, Joe Biden, who in yet another irony, back in the day, loved it when guys like you called him “lunch bucket Joe”, because you see, he is one of you, has already promised you a tax hike.

Hey metal lunchbox guys, is that ok with you?

As was stated earlier, those traditional Democrats work hard for the things they have. What happens when some punks try to make off with your work truck or break into your house? The new Democrats not only do not like police, but the truly hard left radical new Democrats want to do away with cash bail, and just abolish the police altogether. You might have heard it a time or two before now, but who are you going to call when those new Democrats decide they are entitled to your stuff?

Hey metal lunchbox guys, is that ok with you?

Those traditional Democrats took things like the Constitution seriously. They might not have agreed with what you have to say, but you had the right to say it. They knew the Second Amendment gave them the right to defend their families and their property. The new Democrats want to pass a “domestic terrorism law”. This will combat violence brought on by bigots, anti-Semites, Islamaphobes and white supremacists”. While no rational person would say this is a bad idea, but aren’t we missing a few groups here? Those traditional Democrats are going to see the destruction of their communities the same way, whether it is the work of white supremacists, or Antifa, or Black Lives Matter.

Democrats, whether they are of the old or new stripe will not condemn the violence going on in cities they have run for decades. In fact, BLM says the Democrat Party has not moved Left enough. They want no more prisons and reparations. You know what reparations are, that is when people who never owned slaves are forced to give things to people who never were slaves. Hey Metal lunchbox guys, does it matter if the guy smashing the window where you work is black or white? How about the guy insisting he is entitled to your stuff that you worked for because of the color of his skin? How about the guy, black or white, who thinks he is entitled to a lifetime of your stuff he didn’t work for because he is “oppressed by the system”?

Metal lunch box guys, is that ok with you?

Metal lunch box guys, is that ok with you?

So, metal lunch box guys, how much is too much? How far are you willing to go? Are you willing to say that you agree with your Party’s platform? Are you willing to go along with candidates and ideas you know you do not agree with but they have that “D” after their name? Are there even enough of you left that you could raise a stink about it? There is a way to find out, just raise the flag you were taught to love and respect. If more guys wearing all black who want to set fire to that flag you love show up than do other metal lunchbox guys like you, you have a problem.

Democrats: When 'Unity' and 'Empathy' Maim and Destroy

Francis Buk: The Nightmare I Experienced Under Slavery and My Escape