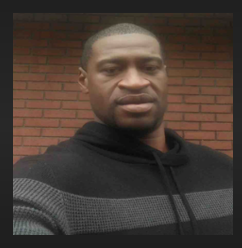 There has been renewed interest in the death of George Floyd case since the release/leak of body-cam footage putting an entirely different take on just what happened during his fatal encounter with Minneapolis Police Officers.

Among the revelations in the brief clips of video included the fact that a female who was off camera could be heard pleading repeatedly to Mr. Floyd that he “stop resisting.” He was standing at that point but fighting the officers as they attempted to get him into the back seat of the patrol car. His protests amounted to pleas based on his being “claustrophobic.” Eventually, after unsuccessful efforts to get Mr. Floyd under control, the officers wound up with the man on the ground. What has stuck me from the first time I saw the video of the police officer with his knee on the back of Floyd’s neck is the relaxed position of the officer with hands in his pockets. This is not the pose that a police officer takes if the arrestee is being actively restrained against his will.

However, that, alone, would not forgive the PR problems such a pose provided to a less than fully informed public viewing. That officer was, in a word, stupid.

What is, however, a point that has received near zero coverage in the mainstream media is the recently released official autopsy report by the medical examiner. This report was published with the full knowledge of Mr. Floyd’s family.

Within that autopsy report is a very systematic and methodical description of Floyd’s body from head to toe including any evidence both on the surface and within internal organs and structures that might indicate a fatal injury or one that might have led to a fatality.

Among those organs and structures were his cervical spine, rib cage, skull, windpipe, hyoid bone, and lungs. Those are the structures that would be of concern if his death were to have been caused by the application of force on the back of Floyd’s neck as has been alleged by nearly every media, prosecutors, bystanders, and other individuals and organizations with an ax to grind over law enforcement’s use of force policies.

The autopsy report states clearly that no injury was found to have been incurred by any of the organs or systems within Floyd’s body. In fact, with regard to injuries, only superficial abrasions and some minor bruising were noted at all.  Meanwhile, copious remarks in the report addressed the seven toxic and/or illegal substances that were found in Floyd’s bloodstream in sufficient quantities to render him both intoxicates, agitated, and likely incoherent or even violent. The report contradicts the initial “cause of death” finding by the medical examiner as “homicide.”  Instead it states the primary cause of death as “cardiopulmonary arrest complicating law enforcement subdual, restrain, and neck compression.” The inclusion of neck compression does not square with the report’s details at all.

One might ask at that point why/how in the world can a prosecuting attorney arrest four individuals on murder charges on the same day the report was released? Why, after the report was issued (same day), were charges elevated on Derek Chauvin despite any factual evidence that they had anything to do with directly causing Floyd’s demise? As with several other similar police-related deaths in custody, perhaps there was a “rush to judgment” in an effort to appear responsive to un-informed outrage within a particular constituency? Several such incidents have turned out to be far different than they first appeared or when subjected to a jury’s review of the facts in court.

Unfortunately, at this point, the prosecutors have backed themselves into the proverbial corner by over-charging four people, and will likely continue their efforts to bring the defendants into court on these charges that are, at this point, clearly not sustained by the information contained in the official autopsy record. Once a jury (assumed to be relatively impartial) is handed such a pathetically weak case, it is likely that the tables will be turned, and the defendants will be acquitted. It is tragic that George Floyd died over a relatively minor offense (alleged), but it is far more likely that his death was brought on by unwarranted resistance coupled with pre-existing illness (heart and artery issues) aggravated by being under the influence of at least three drugs that can seriously stress the heart and circulatory systems. Evidence seems to indicate that no trauma was present that might have been caused by a knee on the back of his neck.

Many people fail to realize the conditions law enforcement officers must deal with in safely restraining a violent individual. Sometimes it looks messy, but cases where actual malicious intent is involved are as rare as the proverbial “hen’s teeth.”

At that point, four law-enforcement careers will be ruined along with personal reputations, but the greatest amount of damage may likely be inflicted on multiple communities across America when those who have already made up their minds based on a snippet of video that doesn’t tell the whole story react to developments, or use circumstances to justify creating chaos and mayhem. As sad as it is that people do not base their actions on facts and logic, a second round of violence in our city streets may well be in the future.

Placing feelings and emotions above facts and logic seldom produces wise actions. Pray for peace and common sense to return…soon.