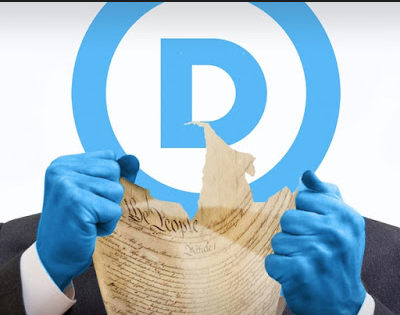 Talk to some folks today about what’s going on, they say it’s business as usual; talk to others, it’s the end of the world.

Somewhere in between is the correct answer. I don’t know that I have ever lived through such upheaval and chaos; I doubt you have either.

There are American citizens in our streets throwing lethal objects at local and federal cops because they think they can get away with it. Most of them hate America and want to tear it down. That crowd also hates cops because they think cops are “part of the problem.” Those protesters are idiots. The cops simply want peace in the streets. They don’t want blacks killing blacks. They don’t want anyone killing anyone, especially not black babies. Not in Chicago, not in LA, not in St Louis, not in New Orleans and not in New York. They sure as hell don’t want any more bad cops killing anyone; not the next George Floyd, not the next anyone.

As I’ve said before, there’s a big difference between “black lives matter,” and Black Lives Matter. It’s a shame the group stole the sentiment and turned it into something it’s not. No American worth the name thinks black lives don’t matter. But, by their very name, BLM wants you to believe exactly the opposite. They want you to believe huge numbers of Americans – especially police – believe black lives don’t matter. It’s a lie. It’s offensive. And it’s dangerous.

The members of Black Lives Matter are simply hell bent on carrying on the divisive nature of the Obama presidency: divide and conquer! Hate thy neighbor!

Black Lives Matter doesn’t give a good damn about black lives unless it’s a white person, especially a police officer, who causes harm to a black person. If a black person is hurt or even killed by another black person, they simply don’t care. That’s not an exaggeration. They don’t give a damn unless it reinforces their narrative that America is irredeemably racist and needs to be burned to the ground.

Here’s a news flash for BLM and their supporters: cops don’t sign up so they can kill, hurt, or maim blacks. They don’t want to hurt Hispanics. They don’t want to hurt anyone. They just don’t. If that were their goal in life, they could just walk down the sidewalk and shoot anyone who was black or brown. It wouldn’t be hard. In fact, they’d probably have a better chance of getting away with it than if they were in uniform. No pesky partners to testify against you. No random passersby grabbing video of the carnage on their iPhone. No body-cam recording your every move.

99% of cops are good human beings who simply want to protect our neighborhoods from murderers, rapists, robbers, and gangs. But performing your duty often means arresting people; maybe even your friend;hell, maybe even your relative.

That doesn’t make them bad, it makes them honorable. They’re doing their job.  And, yes, sometimes they get the wrong person. They’re human. Like all humans, they make mistakes. It’s terrible, but it happens. It’s why the arrested and accused are presumed innocent until proven otherwise. It’s why the accused are afforded the right to appeal. And it’s no reason to target cops for death or injury. The overwhelming majority of police are on our side; they prove it every time they put on the badge, and strap on the gun.

But the far left in America wants us to hate and distrust our police. They want our politicians to handcuff cops so they can’t do their jobs, and, if they do, they want them sued and to lose everything they own.

None of this provides an incentive for more quality young people to join the police force. One black state legislator walked into a diner recently, saw a cop eating, and loudly proclaimed, “I didn’t know you served PIGS here.” What a vile and disgusting human being.

Some communities are getting rid of their police; others, like New York and Los Angeles, are “defunding” their police departments. To what end? I don’t have a clue. What I do know is that cutting police budgets, or eliminating police all together, will not make these cities and towns any safer. In fact, exactly the opposite.

Another word for defunding is, “redirecting.” That’s what Joe Biden said he would do. He wants to spend police money on other things. Midnight basketball anyone? Actually, he hasn’t said what he’d spend the redirected funds on. But the police know it won’t be on anything that makes our people safer.

Biden is so bad on protecting the American people and supporting the police that the National Police Union endorsed Donald Trump over Joe Biden. It’s a big deal since unions don’t normally endorse Republicans.

All arrows point to the American people getting about ready to take the gloves off and put those on the left on their butts. And for good reason. The left wants to take their freedom, tear down their country, and replace our free economy with a socialist system most on the left can’t even spell, let alone define.

More than 50 years ago, we allowed Lyndon Johnson to get away with his divisive new deal and begin America’s steady slide toward an entitlement mentality and away from freedom, and personal responsibility. In the 80’s and 90’s, we allowed teacher’s unions to become so powerful they could turn our schools into factories for indoctrination rather than institutions of learning. Truth was sidelined, and ideology took control. History was discarded, economics was warped, and our constitution was belittled. A decade into the 21st century, we allowed Obama 8 years of slicing, dicing, and dividing us as no President had ever tired before.

America, are we ready to take back our country? If we don’t act soon, there may not be much of an America left to take back. The current nonsense is destroying us. It has to stop.

Greenfield: Why Did Biden Pick Kamala? Follow The Money.

Biden and Kamala: "When Alliances Are Formed in Moral Sewers..."