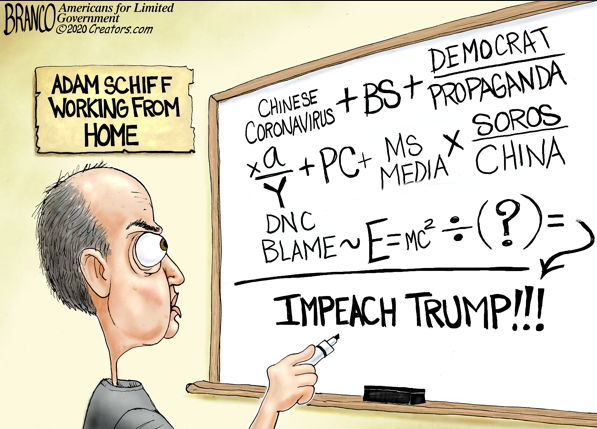 1+1=2 whether you use new math, old math, or common core math. Let’s try another one.

Cut 20% or more from police budgets, add legislation that greatly restricts what a cop can do when a suspect violently resists arrest, then add the release of thousands of convicts from prison early, and what do you get?

The answer isn’t fully in, but from what we can tell, it is horrific. Weekend before last, in New York City alone, 64 people were gunned down and 11 were killed. The 205 NYC shootings in June were the highest since 1996.

Mayor Bill DeBlasio is a card-carrying socialist. He knows that so long as there is chaos in the streets, his argument for more government control of our economy, and our daily lives, will pick up steam. He knows more voters will support change, even radical change, to bring peace. And he knows, the greater the chaos they see on television, the more likely voters in red states will switch sides and elect Joe Biden.

The same strategy is being played out by Democrat mayors and governors across America – especially in those traditionally Democrat states where Trump won in 2016.

It’s not just the Chinese virus that’s scaring people, it’s walking down the street and getting attacked, or worse, murdered.

Marxists and socialists have been using fear to motivate change forever. In Venezuela, If you’re caught on camera protesting the Maduro Government you’ll lose your food rations, your job, your home.

Don’t think for a minute this kind of bullying doesn’t stop Venezuelans from raising their voices against socialism’s destruction of their once wealthy country, IT DOES!

Do it twice, and you won’t be seen twice. The good people of Venezuela are scared to death. A few years ago Venezuela was the wealthiest country in South America. Now, thanks to an incompetent socialist takeover of their entire economy, people are eating garbage, their pets, and whatever else they can find.

Venezuela has burned through the wealth of the regular people. The few elites who still live in beautiful homes, drive nice cars, and hire private tutors for their children have sucked damn near every dime of wealth from the average person.

Government managers have so ruined the economy, there are hardly any jobs left. The jobs that do exist are handed out as rewards to those who bow and scrape to Venezuela’s leaders.

Here in the U.S., Democrat Administrations have built a secret warren of leftist moles and operatives in the agencies and departments of the federal government. They occupy every nook and cranny. Wonder how the FBI was able to illegally spy on the Trump campaign and launch a massive Russian collusion hoax on the new administration? Look no further than their hidden network of progressive operatives buried in the deep state.

It’s not much of a leap to see the correlation between the virus from Communist China and the riots, looting, and killings led by the Marxist leadership of Black Lives Matter. Is it a coincidence that both have come just months before our presidential election? If that’s what you think, maybe you’re not asking the right question.

It shouldn’t surprise anyone that American communists would work with Chinese communists to cause the defeat of Donald Trump, the worst enemy of both.

Every investigation of a criminal act starts with the question, who benefits? In this case the two parties that benefit most from all the devastation in our cities are China and Democrats.

The Chinese, angry that Trump busted their trade scam and cost them a trillion dollars, have no qualms about releasing a virus across the world they knew would shut down America and force us to prioritize our own people’s safety. That gives them the chance to consolidate control, extend their power, and cripple the economy of their biggest competitor.

The other beneficiary are Democrat politicians looking to regain control. Fall out from the Wuhan Virus created a perfect storm for radical, left-wing, groups like BLM and ANTIFA to hit the streets and add to the suffering.

A few cruel and crooked cops in Minneapolis played into their hands and lit the fuse.

The George Floyd protests began. In Minneapolis where it started, they destroyed a good chunk of downtown and beat up the cops. The spineless mayor and council not only let it happen, they made huge cuts in police. Now, local neighborhoods are building armed barricades to keep out strangers.

As the violence spread to other cities, George Floyd pretty much disappeared from the conversation. They no longer needed him. The GoFundMe page received millions, the family lawyered up, and the media cut away to blaming Donald Trump.

The media has been essential to mainstreaming the left’s narrative. The New York Times ran a double page of photos showing cops beating, as they claimed, “peaceful protesters.” It was BS. The photos actually showed cops trying to make arrests or defend themselves. The NY Times doesn’t publish pictures of  the attacks by blacks who have beaten white men and women, assaulted seniors, or killed other blacks, including young children.

The murder of black men, women, and children by other blacks doesn’t merit much attention at the Times. To point out that 94% of black homicide victims were killed by a black murderer doesn’t fit their narrative. They believe America is deeply and irredeemably racist. Anything that cuts against that story isn’t fit to print. The rest of the mainstream media has taken their lead. America’s media are radicalized and corrupt.

Meanwhile, they continue to report on Joe Biden as though he’s the answer to all of America’s woes. It makes no sense, the man barely knows what he’s running for, what day it is or what city he is in.

Whoever it is, expect her to be young enough, and “smart” enough, to win re-election in 2024 so the Democrat thugs running the show have a solid 8 years to, as Biden has promised, “transform America.”

But whether the number of years Democrats hold the White House is 4 or 8, either is too much. That’s the math that should worry us most.

Where The Hell Did America Go?