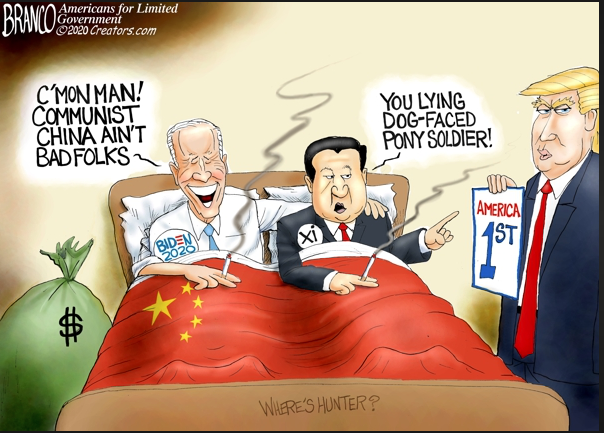 When I get the chance, I enjoy Las Vegas. I’m not a frequent gambler, but I do enjoy a good game of 21 and the occasional video poker slot machine.

But while it can be fun to put a few chips on the table, there are some things not worth gambling with. The future of our country is like that. The stakes are way too high to risk.

Progressive Democrats like Nancy Pelosi, on the other hand, don’t seem to mind risking our entire country in order to beat Donald Trump. She and her friends don’t care the cost, so long as it’s you – and future generations of Americans – who pay it. You can believe they’re betting the farm: barns, fields, livestock, and all.

I understand Pelosi has a different vision for America. Still, why is she so pig-headed she refuses to even consider what Trump has accomplished, and work with him to help make it even better for every American.

Pelosi, and her progressive friends, love taxes and all the worthless government programs they can fund with your taxes rather than let you keep your own money.

The principle is simple; liberals believe we are not competent or capable enough to manage our own lives. So under the guise of ‘investing’ in our lives and futures, they take away as much as they think they can get away with.

President Trump, while far from perfect in the eyes of many, has done far more than any other president in our lifetimes; even while facing almost insurmountable odds.

And the list goes on. Keep in mind he has accomplished all this in spite of Democrats trying to stop him at every turn with one false allegation after another: Russia collusion, using the FBI illegally against him, and impeachment. They’ve never missed a chance to call him names either: racist, xenophobe, misogynist, homophobe, traitor, and so many more. The worst things you can think of, they’ve accused him of it.

Do the American people really want a lawless country where police don’t matter or exist; where criminals are returned to the streets before they even see the inside of a jail cell; where local officials refuse help from the federal government to stop massive numbers of shootings and murders; where every night on the news we see another city in flames and rioters looting stores and rocketing lethal items at cops?

None of this represents the America that Donald Trump wants, or that most of us want. It is, however, exactly what Nancy Pelosi and her progressive friends want the American people to see and fear every day until the election. Pelosi believes that if Americans are terrified enough, they will vote for Joe Biden. It’s the very definition of terrorist, using terror to gain a political goal.

All for no reason than that Trump, and his commitment to the freedom, safety, and prosperity of Americans, stands between her and total political power.

There is a lot on the line come Election Day. I think most Americans understand Biden’s campaign has nothing to do with America’s good and everything to do with Biden’s desire to be president. This is his 4th try for the White House. But Biden, along with anyone who’s seen him campaign lately, knows he’s losing it mentally. He doesn’t have long left. He seems to think he only needs to hold it together until Inauguration Day in January so he can get the big funeral send-off, get all the perks and benefits for his family, and go down in the history books as the 46th President.

He’s not concerned with the American people. He’s concerned only with himself!

Whoever he picks as VP will eventually become the president. It may happen the day after the inauguration – or even before. It’s a truly scary thought given the names being bandied about as Biden’s possible choices. The truth is that a vote for Biden is a vote to risk America’s all, and then some.

Whether our country returns to an orderly, free, and prosperous society is up to the voters. If they understand what’s at stake, and take an honest look at the things Joe Biden is advocating, they’ll run as fast as they can to Donald Trump. Just like they did 4 years ago when it was about crooked Hillary.

Defunding the Police: An Untenable Answer to Systemic Racism