Proverbs 18:2  Fools find no pleasure in understanding but delight in airing their own opinions.

In the aftermath of Attorney General William Barr’s testimony, on July 28, before the House Judiciary Committee, there is one phrase that was repeated over and over:

The reason that Nadler and the House Judiciary Committee called Barr to testify before them is quite simple:  They wanted to address the use of Federal Officers that have been used to quell the violence of  so-called “peaceful protestors,” who have instituted anarchy in the wake of George Floyd’s death.

There is nothing peaceful about these anarchists. These are spoiled children of the night who never make sweet music. These Antifa miscreants who sing the songs of chaos and nothing more. The use of Federal force is more and more necessary as we deal, as a nation, with an ever increasing element of violence within the context of these “peaceful protests” in some of our major cities.

If the Governors of the affected states and the Mayors of the affected cities upheld the Rule of Law there would be no need for the use of Federal Force. Cities like Portland are symptomatic of the current  Anarchy in the United States as sanctioned and supported by the Democrat Party.

The July 28th testimony of Attorney General Barr proved that no political decorum exists, in masse, in the Halls of and within the Committees of Congress these days. My understanding of testimony is that you ask a witness a question and you allow the witness to formulate a complete answer.

Yet, in analysis, what I found amongst the Democrat members of the Judiciary Committee was the enacting of a bully pulpit in their pattern of questioning. They continuously “reclaimed their time.”  They used this reclaimed time to pontificate, to interrupt and obfuscate the answers the Attorney General was attempting to communicate.

Representative members such as Nadler, Lee, Johnson and Cohen, among others, were beyond rude. Representative Shiela Jackson Lee, in particular, has built her political career on being perpetually rude and arrogant. I fail to see what Representative Lee has to be arrogant about. She behaves and speaks in a perpetually unprofessional manner. I have never seen her exude even a modicum of believable human warmth or intelligence.

Many of the Judiciary Committee Members spoke about the legacy of recently deceased Congressman, John Lewis, in the context of their statements. Lewis, for the majority of his career, carried himself with a dignity absent from the character of many of those singing his praises.

On a side note, why have few, if any, members of Congress referenced the recent passing of Civil Rights Icon, Charles Evers? Perhaps it is because Evers refused to be a pawn of the Democrat Party? Considering the plantation paternalism and Jim Crow history of the Democrat Party, how could any sane Black American vote Democrat?

There were humorous moments as Chairman Nadler chastised Representative Jim Jordan, and two of his colleagues, for not wearing their masks consistently during the Hearing.

Of course, Nadler’s own mask was on his chin at the time of the chastisement and was not appropriately attached.  Perhaps he was paying tribute to Presidential Candidate, Joe Biden?

Nadler demonstrated how infinitely creepy he is when he “refused” bathroom privileges to the Attorney General towards the end of the over five hour hearing.  But then Nadler is a pathetic, arrogant and yes, a creepy creature. He should be removed from office for the Trump Impeachment farce alone.  Nadler recently disavowed the violence perpetrated by Antifa in Portland as a “myth.” Well, maybe I should also add blind to my description of Nadler, right? Perhaps he should remove the mask from his eyes.

During the hearing Nadler started to resemble a criminal character from the comic books and films of Batman. Yes, Nadler has become the “Penguin of Congress.” Not as entertaining as the Batman character, though.

When people write about or discuss the “political landscape,” I prefer to discuss the political moonscape. A place where I can count the holes. Especially the holes that begin with the letter A, like many members of the House Judiciary Committee.

As I wrote previously, many Democrat members “reclaimed their time” during the hearing. More time for pontification, I suppose. Attorney General Barr, in the course of his testimony, demonstrated far more patience and dignity than some of these fools deserved. 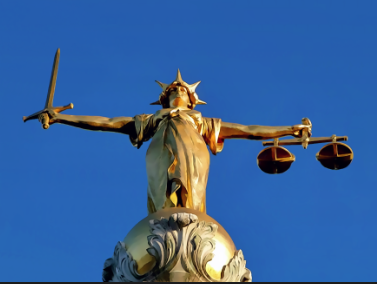 But, as an American patriot, I prefer to reclaim my freedom.

I reclaim my freedom to not vote for Joe Biden. His time in the Obama White House, his intervention into his son’s dealings in the Ukraine and his questionable behavior and legislative record disqualify him in my eyes. On a minutely, sympathetic plane, his two 1988 brain aneurysms lead me to question his cognitive abilities.

To paraphrase my friend and fellow writer, Lainie Sloane, is Joe Biden a drooling version of a Trojan Horse? A hollowed out candidate who is hiding a more nefarious presence behind him?

I reclaim my freedom to make sure my vote is appropriately counted. By any legal means necessary.  That is my freedom and my responsibility.

I reclaim my freedom to not name nor directly acknowledge any former President(s) that utilize a funeral so that it resembles a political pep rally.

I reclaim my freedom to vote in all elections, however big or small, so that we may oust the bastions of the liberal darkness. Such as Governors, local municipal leaders and national political figures that demonstrate their cowardice when they bow before tyranny.

I reclaim my freedom to look evil, once more, in it’s jaundiced eye and not blink.

I reclaim my freedom to know the direct difference between peaceful protest and violent uninformed anarchy.

I reclaim my freedom to write about whatever moves my intelligence and spirit.

I reclaim my freedom to be a shepherd among compliant sheep.

I reclaim my freedom to never wear a mask on my soul.

I reclaim my freedom to worship God Almighty, whose opinion and presence always matters.