John Kasich took the virtual stage at the Democrat National Convention as the former Republican governor of Ohio. But that’s what he did for a living. Not what he does now.

Kasich’s current address isn’t in Ohio. It’s in the swamp.

Earlier this year, The Kasich Company, a firm founded by Kasich and Beth Hansen, his chief of staff and the operative who ran his failed presidential campaign, hired a lobbyist to work on coronavirus tax provisions as well as sundry “Federal Regulatory and Legislative Matters”.

The Kasich Company doesn’t do such prosaic things as list its clients or give any specifics of what it does and where it does it, but the former governor’s company does promise to, “deliver successful strategies to overcome local, state and federal obstacles”.

The kind of “obstacles” that have to be overcome with the aid of a lobbyist. 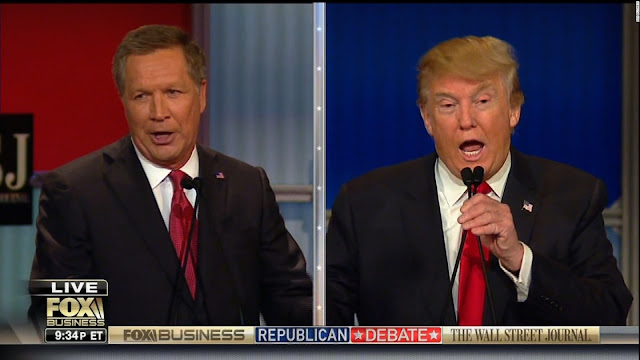 Anyone who followed Kasich’s career, his cynical effort to jump on the Tea Party bandwagon, followed by an even more cynical tilt leftward, won’t be surprised to see him in the swamp.

While Kasich, like other Never Trumpers at the DNC, claims to be “Putting Country over Party”, the only thing Kasich ever puts ahead of the party isn’t country, it’s himself. That’s why he came to the DNC. Kasich’s appearance at the DNC isn’t surprising. Not when you consider the qualifications for being a Republican with so little principle as to come out for Joe Biden.

Along with Kasich, Christine Todd Whitman, the former governor of New Jersey, came virtually to the DNC. Whitman is a longstanding Kasich ally who endorsed his doomed campaign.

The Whitman Strategy Group boasts that, “our leadership experience in the public and private sectors makes us the smart choice for engaging regulatory agencies and high-level officials.”

Stop me if you see a familiar theme to the DNC’s Never Trumper caucus.

The Whitman Strategy Group consults on environmental issues. That’s right up Whitman’s alley. Not as an expert on the environment, her degree is in government, not science, but as the former head of the EPA, she certainly knows quite a bit about government regulations.

If you want to consult Whitman and her Strategy Group about the environment, you’ll hopefully have better luck than those New Yorkers whom she told after 9/11 that the air was safe.

A bunch of firefighters died. She finally apologized four years ago.

The media won’t be tacky enough to mention Whitman’s past. Though if she were to appear at a Trump event, the media would immediately recollect her false claims that the air was safe.

It won’t discuss the Whitman Strategy Group’s work of finding “cost-effective and timely solutions for all aspects of our regulatory, permitting and strategic planning work.”

Start out running the EPA and then find cost-effective solutions to its roadblocks.

Like Kasich, Whitman, is in the business of turning her political experience regulating companies into cash. While the EPA may call them wetlands, this is the swamp.

The media and Never Trumpers will tout Kasich and Whitman as the embodiments of integrity and rectitude. But they’re swamp creatures who climbed as high as they could, and then set out to monetize their government experience. Why are they touting Biden? Follow the money.

Trump’s rise froze out Never Trumpers like Whitman and Kasich. And that means there are no special favors, no revolving doors into agencies, and no phone calls to Trump appointees.

The only way forward is through the Democrats.

And if you’re going to make overcoming “local, state and federal obstacles” and finding solutions to regulations into your business model, it helps if the Democrats are in office and making more obstacles and regulations. That’s how the government works. Elected officials create obstacles while in office and then leave office to help the companies who can afford it overcome them.

Joining other Never Trumpers at the DNC was top Google lobbyist, Susan Molinari.

That’s not how Molinari, a former GOP House member, was described, but it is more honest considering that she’s been a lobbyist for 19 years. Introducing Molinari as a former Republican House member who spoke at the RNC convention in 1996 is like introducing me as a former high school student. It’s technically true, but is misleading and misses the entire point.

Make nice with the Democrats.

This isn’t the stuff that Molinari, Whitman, and Kasich want to talk about. And it’s not what their media enablers want to see driving the conversation. But it’s what Trump ought to speak about.

They don’t go into business selling their government experience to the highest bidder.

Molinari, Whitman, and Kasich aren’t principled. They’re swamp creatures who are worried that life under Trump won’t be as profitable and that their connections will be harder to monetize.

The DNC and its media allies won’t call their appearances, “Lobbyists Against Trump”.

But that would be a whole lot more honest.

Biden’s choice to make Kasich, Whitman, and Molinari into the face of his GOP support is a good one. He’s a transactional politician who has always found a way to monetize his political status for his friends and family. Whitman and Molinari’s fathers were politically connected GOP figures who were all but born into office, before crawling into more lucrative careers.

President Trump shook their corrupt world. That’s why they hate him so much.

Biden, Kasich, Whitman, and Molinari are the government class that President Trump is running against. He took on the government class of revolving door lobbyists and consultants in 2016. And he won. Now that same swamp is out to stop him, not for the country, but for themselves.

If the Democrats want to unite with Never Trumper consultants and lobbyists, and run as one swamp party, they can trade their blue colors for green, and replace their donkey with a toad.