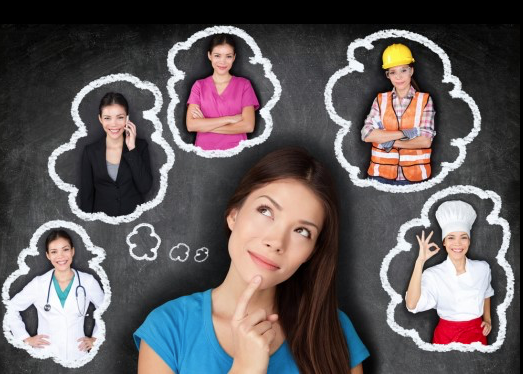 When I was younger and especially as a new teacher there was a phrase I hated. It was the charge that you might be “educated beyond your intelligence.” To one fresh out of college it sounded like a put down. I, like millions of others, had parents devoted to the American dream, to have their child get a four year college degree. Everyone should have that, right? Admirable, especially if you are one of the first in your family to reach that goal.

Today it hardly seems like the dream it once was. We are seeing so called educated young people out in the streets vandalizing, protesting in vulgar terms and doing their best to destroy our great history. Sadly they learned much of this in college from professors who did not get their way in the sixties and seventies and therefore have turned their students into non academic monsters. Today we have socialist minded young people who insist that every young person should receive a paid for college education. The phrase educated beyond their intelligence would apply.

I am not saying that a college education is not important, it is for those with specific goals who are enrolled in classes that are the type that would help them reach those goals. Goals to make a living and to be of benefit to society, not tear society down. Sadly that type of education has now been too often ignored in both our colleges and public schools.

Even back when I was in college in the fifties there were classes I really did not need. You have to wonder if many required courses are put there to help fill a four year period. Of course the reason colleges usually are four years is based upon tradition. European tradition during the Middle Ages when four years was established because it was felt the proper amount of time for young men to be away from home and get the sowing of their wild oats out of their system. Come to think of it, some colleges today seem geared for students to sow their wild oats by marching for BLM and Antifa. I am not saying a broad education is worthless. However I have not used advanced algebra since my freshman year in college. Of course my math minded father felt it improved your ability to think logically. Maybe some of these kids tearing down statues never had math. Or for that matter history. There are leaders in Chicago calling for the abolishment of the teaching of history and school systems that have already stopped the requirement of taking a government class in high school.

The concern here is that not every one needs a college education. What we do need more of is people who have studied the crafts. We will most likely need an electrician or a plumber to come to our home than a social worker or political scientist. We are hearing that there is a growing shortage of such technicians as well as carpenters, mechanics and any other number of similar jobs that television host Mike Rowe refers to as “dirty jobs.” Dirty, but higher paying and more needed than many things colleges are training our young people for.

Though the Discovery TV show “Dirty Jobs” has sadly been canceled, Rowe is a popular consultant on Fox and other news channels. He makes a legitimate claim that “the idea of following your passion may sound romantic, but it usually doesn’t work out the way you think it will. Too many people spend too much time and money chasing their passion when seizing opportunity is a better bet. If there is a recurring lesson it is to understand how many people featured on that show looked like they were doing something that should have made them miserable, but were in fact very, very happy in their work. And surprisingly prosperous,”

Many of these trades have been looked down on and high school guidance departments often seem united in getting their students into college for a professional degree. As one with a professional degree I definitely feel inferior when something goes wrong in the home and I have to go through the phone book to find the right person for the job. The fact that there seems more a lack these days reveals what is a growing serious shortage.
Let’s get real about what we need to be doing in education to build a society able to meet all our needs and not be wasting time trying to destroy what we have. Our schools, whatever their level, need to be more orientated to providing each child with his and her future needs being met. Real career planning and not the superficial pablum they are being served now.
Share
Facebook Twitter Pinterest Reddit Share via Email Print

Barry Shaw: A President Kamala Harris? Catholics Must Be Quaking in Fear