I cannot say if the following I have written is real or fiction, I can just relate what I have seen. I know enough as a voracious reader that I think I can determine what is in a fictional category and I also know about dream states. What I am about to narrate is like no dream I have ever experienced or any thing that I have ever read. However, it’s influence is more than physical.

My last memory before this experience was a normal going to bed after drinking soda, I assure you only soda, kissing my wife and saying my nightly prayers. I felt the prayers this night in 2020 were especially needed as I could not remember a scarier time in my life. A pandemic, anarchist riots across the nation and a division between people that was more vicious than any hatred I had ever heard of. Then came a sound sleep, the soundest I have had in a long time. No aches and pains associated with age and I have so much of that that the candles cost more than my last birthday cake. It was just good to be off the walker I have been confined to use. I remember well what a friend once told me, “Getting older is not for sissies.” 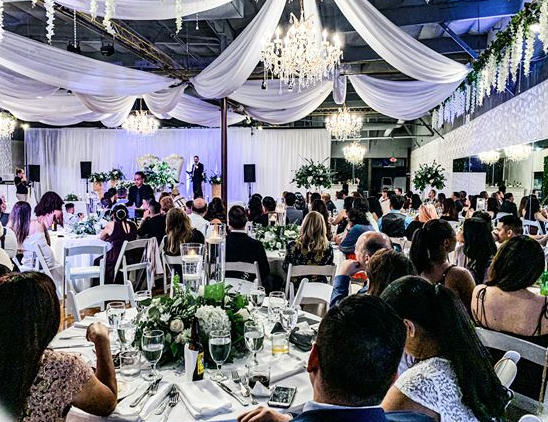 After what seemed like the blackness of sleep I suddenly awoke and found myself in a large hall full of people. Many look familiar, but I could not really place them for sure. However, they were vivid and as solidly there as could be and the hall was the biggest I can remember ever being in. There were tables and on each there was a combination of food and various items ranging from books to photographs. A young man approached me saying, “Don’t I know you?” I could not say I did and I noticed there were people in white robes taking the jackets of some of the men and I proceeded to take mine off when I noticed a real oddity. I was standing upright, my walker was missing and I didn’t even have a cane. There was no pain for the first time in years when I attempted walking. I felt great, I was able to stand upright and move easily.

I apologized to the young man saying, “I cannot recall. Were you a former student?” He laughed, “I’m Bobby Morris, we were neighbors as kids. Played street ball, were marble shooting champs in early grades and then you moved out of state.” Looking at him more closely I saw a young man, but the red hair, freckles and grin were definitely who he said. I started to apologize but he interrupted me, “Hey, we’ll have plenty of time to talk, gotta join the band for the next number.” That was when I realized there was music in the distance, music from several different places as I noticed more than one band stand. As the young man left he joked, “Gotta hear about you being a teacher, you were not big on school when we were classmates, but we sure could recess.”

I then found myself surrounded by others, including some young ladies who I either for some reason thought I knew from films and TV though I could not identify where. I just know there was the kind of warmth and love I had seldom felt in a large group, mainly in my church and I wondered where my wife was. I spotted her several tables away and she was holding up a book we wrote together about a cat and I surmised it was cat tale time and started to join her.

That was when I was stopped by three distinguished looking men and the first said, “I was hoping to see and talk with you when you got here. There is so much we want to know.” “Not that we haven’t observed from here all that has been going on,” the second man said with a shudder. The third commented, “You likely don’t recognize us as we are in clothes from your day. Jefferson here insists we change to meet new folks on their, shall we say clothing level.” I looked closely at them and the tallest commented, “You likely don’t recognize us because of those awful paintings in history books.” Then I heard from the third man who commented quickly, “Especially that silly one of you standing in a boat supposedly trying to be unnoticed while pulling off a raid on the British.” Then to me he said, “And I hope you do not have that untrue thinking of African-American when you see me. I am as American as these two and you are free to address me as Fred. Not the stuffy Frederick.”

I had to sit down at a nearby empty table when I realized who these men were. George Washington, Thomas Jefferson and Frederick Douglas who I taught about for forty years. The three sat down with me and Jefferson smiled, “We won’t hold you up long as there are too many people you will want to see. And Abe wants to deliver one of his long winded graces. Speaking of him, he is as outraged as we were looking at your year 2020 when socialist zealots tore down our statues and attempted to erase history.”

It then dawned on me. I must have died in my sleep and I knew the Bible told of a great banquet. Was this the banquet spoken of? I yearned to see my wife as we would both want to see our parents and above all our Lord and Savior. Undeserving as I am, it was wonderful to have his love and forgiveness and salvation. But the first question that popped into my mind was, “You must know the future. Does America survive the year 2020? What has or will happen?”

Washington put his hand on my shoulder. “You and your wife are only here for little while. It is not set that one can enter Heaven and then return. We three have been permitted to tell you and some others brought here tonight that the future is in God’s hands. If you are to have anything to do in that plan then starting your very next day of existence you must call upon anyone you can reach to get involved. Involved in a church, in knowing what is going on and vote. Vote for those candidates who stand on the very principles set forth in Scripture. Now we must go.”

In a flash they were gone and I was surrounded by others I felt I knew and then my wife took my arm. It was her touch that brought me back to this instance and I felt better than I have for years. Much better in mind or body.
Was it a dream? I can only say it was a whale of a great banquet and I realize we have a job to do.
Share
Facebook Twitter Pinterest Reddit Share via Email Print

Greenfield: You Can Write Anything on the Street, as Long as it's 'Black Lives Matter'