Night one of the 2020 Democratic National Committee went off with nothing more than a whimper. Billed as a night of unity, it was nothing but division, lies, distortions, attacks on the President, and most notably, extraordinarily little by way of mentioning Joe Biden. While the former First Lady, Michelle Obama, was the keynote address of the night, Governor Andrew Cuomo’s address was of note, not for its impact but because of its outright gall. 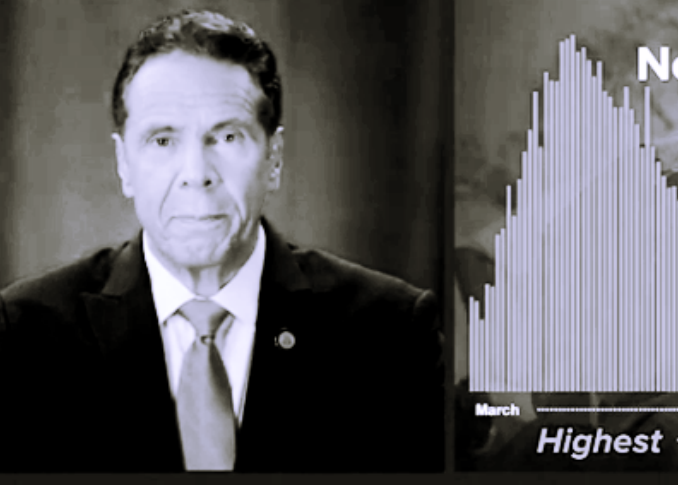 Governor Cuomo of New York oversaw a COVID-19 response where 32,000 lives were lost, 11,000 of which were victims succumbing to the virus because of his Executive Order in March that forced COVID positive patients back into New York’s nursing homes. There is no denying these facts. While many fair minded people on the right can understand that you do not blame any single person for a pathogen running its course, you do certainly point to decisions made by a person that exacerbated the spread and overall death count in a state or locality. Cuomo’s March 2020 Executive Order is one of those decisions and the citizens of New York and all fair-minded people around the country should not let Cuomo rewrite history and whitewash the outcome of that Executive Order.

In his speech, Governor Cuomo said, “We saw the failure of a government that tried to deny the virus, then tried to ignore it, and then tried to politicize it.” This would be a damning line if it included any truth whatsoever. On April 19, 2020, Governor Cuomo in a press conference sang the praises of the federal government and specifically President Trump for his response. Cuomo even went as far as pointing out the political differences that he and the President have which was meant to note that the response was fueled not by politics but for the affected New Yorkers and broadly the American people. Cuomo was blunt and clear when he stated, “So these were just extraordinary efforts and acts of mobilization and the federal government stepped up and was a great partner and I’m the first one to say it.” So which one was it? Was the federal government awful in their response or did they step up with an extraordinary effort and act of mobilization?

What was particularly ghoulish about Cuomo’s DNC speech was the fact that he did not even for a moment call to attention the 32,000 people who died in his state due to COVID-19. What would have been a particularly unifying moment would have been Cuomo saying to everyone watching, “This virus has ravaged our nation and killed you whether you were a Democrat or a Republican. We should not be seeking to divide our nation through the lens of COVID-19 but unifying around the memory of those who died because of the virus that originated in Wuhan, China.” Of course, every fair-minded person knows that would never occur because the Democrats need to utilize COVID-19 as their key rallying cry to defeat Donald Trump in November’s election.

If the complete emptiness of Cuomo was not fully exposed through his speech at the DNC Convention, the following morning, as everyone was digesting how horrendous his attempt at gaslighting was when he said his response was “beautiful,” we all learned of his upcoming book about his response to COVID-19 in New York. No, that is not a typo. Cuomo is putting out a book highlighting his “leadership” during the days where New York was being ravaged by COVID-19. While many say you learn more from your mistakes than from your successes, you generally are looked at as a horrible person if you call causing 11,000 seniors’ death a success and a lesson in leadership.

Governor Andrew Cuomo should be ashamed of his ghastly and ghoulish attempt to whitewash history. He should be laughed off any sensible stage he is placed on for lecturing people on a proper response to COVID-19. You would expect someone to have some more decency and respect but, as is par for the course, someone so morally depraved would never have enough shame to sit back and keep their mouth shut about failures in leadership as gapingly obvious as his during COVID-19.

The Swamp Is Still Alive and Well