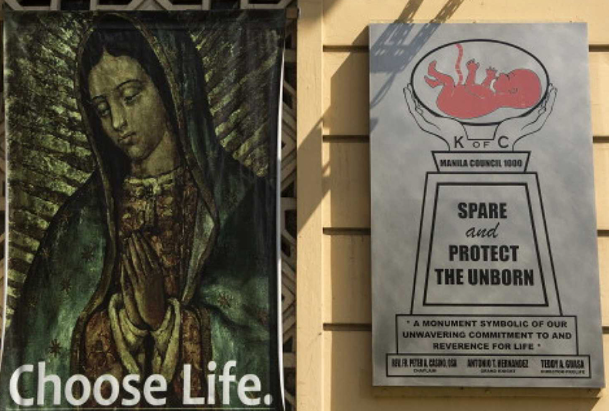 At the end of 2018, Kamala Harris went after Brian Buescher, a Catholic who was seeking to serve as a district judge in Nebraska.

Opposing this Republican nominee, Harris attacked his faith by insinuating that his involvement with a Catholic charity, The Knights of Columbus, should disqualify him from office. Her series of provocative questions revolved around her protecting Planned Parenthood, a national abortion industry that sells dead baby body parts for profit, and who has financed Kamala Harris’s political career.

Yet Harris tried to infer that it was a Catholic charity that was immoral.

Harris played the gender card as hard as any hardened prosecutor would, pulling insinuations out of the air, as seen in this rhetorical question as she attacked him for the ethics of his faith. Harris said,

Harris also attacked him on Catholicism’s position of gay marriage, implying that this would render him, or any Catholic, unfit to serve as a judge.

She failed to address Catholic ethics of dignity and value of human life, a value that conflicts with Harris’s own immoral hypocrisy when it comes to the unborn.

Which raises the question, who has more credit when it comes to honoring human life, Judge Buescher or Senator Harris?

Buescher was confirmed to the bench by President Trump, and due to the efforts of Nebraska Republican Ben Sasse, the Senate voted unanimously to reaffirm the constitutional clause that forbids religious tests for public office-holders.

This was a defeat for Kamala Harris, a defeat that highlights her reprehensible anti-Catholic bigotry.

Despite the fact that Joe Biden is Catholic, perhaps a blind Catholic when faced with these facts, Kamala Harris, this paid apologist for the sellers of baby body parts, has been nominated to a position in which she will be just a baby’s heartbeat away from being the United States President.

Catholics must be quaking in fear.

Dr. Fred Eichelman: What Is The Real Purpose Of Becoming an Educator?

Greenfield: Why Did Biden Pick Kamala? Follow The Money.