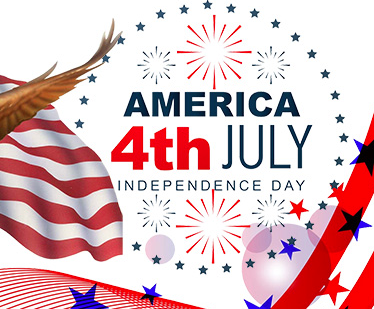 On the 244thanniversary of the signing of the Declaration of Independence, the United States of America finds itself in a war for its very survival.  Events are being brought to a head with the chaos and uncertainty of the COVID19 pandemic and shutdown of our economy; protests, riots, and looting occurring in major cities across the country in the guise of Black Lives Matter but infiltrated by avowed Marxists; an election year following four years of attacks on President Trump by the media, Democrats and Never Trumpers; the Russia hoax, the Ukraine hoax, an impeachment farce… the list goes on.

The individuals and organizations behind the riots and tearing down of statues are in their last gasps of attempting to end our great republic. They have been working for decades in our schools, colleges, media, and government offices to undermine our proud history. What we are seeing is the culmination of a few generations of our indoctrinated youth who have never been exposed to the whole truth behind the founding of our country.  They are taught only the negative aspects of our founding and historical events. They are carefully taught to hate everything about America.

As a young woman growing up in the 1960s and 1970s I learned a heartbreaking but powerful lesson. Good and bad reside together within everyone. We cannot judge people from our historical past based on our present reality.  Life rarely gives you a binary choice. Nothing is black and white.

Our children are taught the founding fathers owned slaves so nothing they did could possibly have been good. End of discussion. We should be teaching them the complete story.

The Declaration of Independence was written to address the grievances of the Colonies against the King of England.  We have all read the “official” document in American history classes.  What we were not taught, and what we SHOULD have been taught, was the process which brought about this historic document; particularly the missing text of the original draft written by Thomas Jefferson, which  included the following paragraph, taken directly from transcription of “The Papers of Thomas Jefferson” at Princeton University:

He has waged cruel war against human nature itself, violating it’s most sacred rights of life and liberty in the persons of a distant people who never offended him, captivating & carrying them into slavery in another hemisphere, or to incur miserable death in their transportation thither.  This piratical warfare, the opprobrium of infidelpowers, is the warfare of the CHRISTIAN king of Great Britain.  Determined to keep open a market where MEN should be bought & sold, he has prostituted his negative for suppressing every legislative attempt to prohibit or to restrain this execrable commerce…

As Jefferson points out in his “Autobiography by Thomas Jefferson 1743-1790”  this clause was stricken because Georgia and South Carolina were not against slavery and in fact found it necessary to continue since their agricultural economies relied heavily upon the practice.  Without the full support of all the Colonies the Declaration of Independence could not have been the transformative document and precursor to the establishment of the United States of America and the Constitution and thus was omitted in the final document in order to get unanimous support from all of the Colonies.

Until the mid -1650s many people came to the Colonies as indentured servants, with colonists paying their fare to immigrate.  These indentured servants worked off their debt for up to seven or eight years at the end of which they were given their “freedom papers” acknowledging their debt was paid in full.  Several of the Colonies and even some of the wealthier colonists themselves gave these freed people land and livestock to establish their own livelihood.  The truth is slavery in the colonies was instituted while under the rule of the British with blacks and whites alike owning slaves of all races.  Many colonists became abolitionists and were vehemently against the practice from its very beginning.

Jefferson acknowledged that during the turbulent Revolutionary War eradication of slavery had not been addressed and he wrote “this subject was not acted on finally until the year [17]78, when I brought in a bill to prevent their further importation. This passed without opposition, (author’s bold) and stopped the increase of the evil by importation, leaving to future efforts its final eradication”.  Here we see again Jefferson’s personal commitment to the abolition of slavery in America.  This was an important advancement towards ending the practice, and also reveals the Founding Fathers shared the same commitment.

A little research would reveal Thomas Jefferson inherited his slaves from his father and father-in-law and the only slaves he purchased were to reunite families.  While it is also a known fact he kept a slave woman named Sally Hemings and most likely had several children with her, what is not taught is that she was his half sister-in-law, being his deceased wife’s half-sister. Thomas Jefferson was probably the most enlightened and liberal of the Founding Fathers.

When the final draft of the Constitution of the United States of America was completed, Provision 107 from Article 1.9.1 stated “Until A.D. 1808 there shall be no prohibition or interference against the migration or importation of any persons which the “states now existing” shall consider proper for admission”.  In his book The Making of America, W. Cleon Skouson states: “This provision gave the states the RIGHT to continue importing slaves and bond servants for twenty years, but thereafter it gave the federal government the RIGHT to terminate it”.  Skousen elaborates by explaining that this was the compromise made by the original States to assure that three dissenting states; Georgia, South Carolina, and North Carolina; would sign the Constitution. Although the consensus of the general populace favored the abolition of slavery, these three States required a period of time to phase out their economic dependence on slavery.  In the same year as the Constitution was written, the Northwest Ordinance was passed assuring that any new States acceding to the United States would be free states and no slavery would be permitted within their borders.

So this Independence Day, as we see anarchists rioting, looting and tearing down statues and memorials representing our history and celebrating our founders, we should be reminded – one of the reasons the Revolutionary War was fought was to break away from England and a monarchy that brought slavery to our shores.

And finally, we must resolve to teach our children the true and complete history of America and not just the skewed anti-American version Marxists have been teaching in our schools.

Our future depends on it.

Greenfield: The Mobs are Coming for the Progressives

A 4th Of July Missive