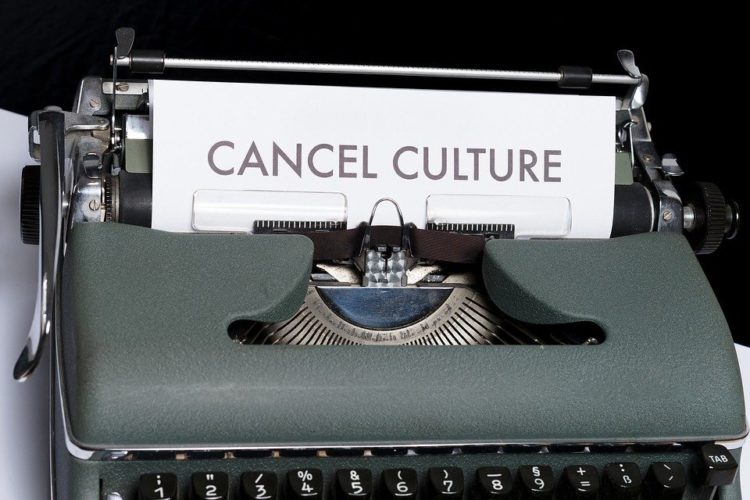 A couple of weeks ago Victor Davis Hanson wrote a brilliant article about cultural revolutions and how they often end up “eating their own”. We are starting to see that in our current culture war, especially in what is called “cancel culture”. The “new” left has now begun to wield this weapon against those of the “old” left after attacking the right for years. Here are a few examples.

Harper’s magazine ran a letter that was signed by 150 liberals journalists and academia. The letter decried the extremism that is stifling debate and an open expression of ideas (of course they had to include Trump in their criticism).

“The forces of illiberalism are gaining strength throughout the world and have a powerful ally in Donald Trump, who represents a real threat to democracy.”

“The free exchange of information and ideas, the lifeblood of a liberal society, is daily becoming more constricted.”

That’s an understatement if I ever heard one.

It is now all too common to hear calls for swift and severe retribution in response to perceived transgressions of speech and thought. More troubling still, institutional leaders, in a spirit of panicked damage control, are delivering hasty and disproportionate punishments instead of considered reforms.

We are already paying the price in greater risk aversion among writers, artists, and journalists who fear for their livelihoods if they depart from the consensus, or even lack sufficient zeal in agreement.

That last statement is a perfect articulation of how even simple agreement is not enough.

To no one’s surprise (except maybe the signers themselves) many of them were targeted. And even more predictably they retreated quickly. It’s obvious these folks are terrified of the cancer culture and will easily surrender with any pressure (good thing none of them were around to sign the Declaration of Independence):

Historian Kerri K. Greenidge tweeted, “I do not endorse this @Harpers letter,” and said she was in touch with the magazine about a retraction.

Jennifer Finney Boylan: I did not know who else had signed that letter. I thought I was endorsing a well meaning, if vague, message against internet shaming. I did know Chomsky, Steinem, and Atwood were in, and I thought, good company. The consequences are mine to bear. I am so sorry.

Standing strong there. So principles are founded on who else shares them? Que Sera Sera.

And Matt Yglesias at Vox got an education in CC from one of his colleagues.

Transgender Emily VanDerWerf wrote, “The letter, signed as it is by several prominent anti-trans voices and containing as many dog whistles towards anti-trans positions as it does, ideally would not have been signed by anybody at Vox, much less one of the most prominent people at our publication.”

“She” added that while her colleague’s endorsement of the letter “makes me feel less safe at Vox” she did not want him to be reprimanded in any way.

Oh good grief. So support for debate and free speech now is equivalent to being anti-trans. These people are literally insane. And have totally proven the point of Harper’s letter.

Another liberal who has experienced the cancer culture firsthand is long time writer and journalist Margaret Wente (now retired). In June she was accepted as a member of the Quadrangle Society at Massey College in Toronto. Then an uproar occurred and she resigned her membership. Here is how she described it:

It doesn’t take much to get canceled these days. Last month, my turn came around. The experience was unpleasant, but also completely ludicrous. And I learned a lot. I learned how easily an institution will cave to a mob. I learned how quickly the authorities will run for cover, notwithstanding the lip service they may pay to principles of free speech.

After all, they’re terrified. They’re afraid that if they don’t beg forgiveness and promise.

So what sin did she commit that was so great?

Because I had written in the Globe and Mail that the prevalence of rape on university campuses had been highly exaggerated. I was accused of “creating an unsafe environment for disclosures of misconduct.” I was also denounced for questioning the science behind “implicit bias” training (which has, in fact, been thoroughly discredited). I was even accused of “self-plagiarism,” the journalistic equivalent of #MeToo-ing oneself.

Off with her head! (Politically of course…at least for now).

One of her complainants had this to say: “How are my friends and colleagues supposed to feel safe sitting across from her at dinner?”

I’m just imagining terrorists and other world leaders reading this and laughing themselves silly. I wonder if transgender folks have any clue that in Muslim run countries they would never even MAKE IT to the dinner table. They’d be long dead.

Ms. Wente concludes with this:

“I wish the folks at Massey College well. But they’ll have a hard time turning their 1960s take on Oxford into a woke utopia that will satisfy their critics. And the sight of their panic is blood in the water for the same folks who came after me. There is no way they can cleanse themselves of the stain of white privilege. Ultimately, the only way they’ll be able to atone for their sins is to cancel themselves.”

Which will happen not just at Massey but across all spectrum’s.

In a way it is fun watching the old left reap what they have sown in pandering to all these different identity groups for so long. I guess you could say the chickens are coming home to roost. And with so many different groups vying for supremacy on the left, it is very possible we will eventually see a civil war between identity groups.

Our last example is the most grievous sin one can commit in the current cancel culture: praising Donald Trump. Recently in a Rose Garden ceremony with Hispanic entrepreneurs (how dare Trump!), Goya Foods CEO Robert Unanue had this to say:

“We’re all truly blessed at the same time to have a leader like President Trump, who is a builder,” CEO Robert Unanue said during a Thursday event at the White House that featured a group of Hispanic politicians, business leaders and other supporters.

“We have an incredible builder. And we pray. We pray for our leadership, our president, and we pray for our country — that we will continue to prosper and to grow.”

Oh no! He not only praised Trump but invoked prayer! Liberal heads are spinning off their axis!

.@GoyaFoods has been a staple of so many Latino households for generations.

Now their CEO, Bob Unanue, is praising a president who villainizes and maliciously attacks Latinos for political gain. Americans should think twice before buying their products. #Goyaway https://t.co/lZDQlK6TcU

Goyaway? Wow how intellectual. Did he actually come up with that himself? I wish I was as smart as liberals who create with these brilliant hashtags that mean nothing.

Btw someone please inform Castro that Goyafoods donated a lot of food to help folks affected by the corona virus. Although I doubt that would make a difference. Hatred always trumps logic and intelligence.

The one difference in this example is that so far Mr. Unanue is standing strong and refusing to back down. And many commentators on Castro’s twitter feed said they were going to either buy more food from Goya or start buying from them. That was nice to see.

Here is the bottom line: What we are witnessing with this cancel culture is an attempt at bullying people into submission where no independent thought is allowed. If you do not agree with EVERY position the radical left takes then you are targeted (or your not vocal enough in your agreement). This in essence is mental slavery and identity politics is the plantation . Dare to escape and you are brought to heel and forced to beg for forgiveness or be destroyed (Drew Brees found this out the hard way).

The term should really be called “cancer” culture. It is infecting every element of our society and if left unchecked will destroy the very fabric of civilization. It is already well on its way to doing that, not just in America but globally. We need more folks like Bob Unanue to take a stand and push back against it.

Gary Gindler: When Being Anti-Communist Makes You a 'Racist'

Biden Tries to Use Leftists Who Are Using Him