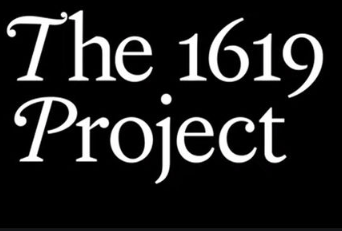 “In the United States, the richest 1 percent of Americans own 40 percent of the country’s wealth, while a larger share of working-age people (18-65) lives in poverty than in any other nation belonging to the Organization for Economic Cooperation and Development (O.E.C.D.).” “Those searching for reasons the American economy is uniquely severe and unbridled have found answers in many places (religion, politics, culture). But recently, historians have pointed persuasively to the gnatty [sic] fields of Georgia and Alabama, to the cotton houses and slave auction blocks, as the birthplace of America’s low-road approach to capitalism.”

The first sentence in this excerpt is immediately suspect.  The O.E.C.D. is an organization made up of mostly European and other developed countries that are predominantly socialistic in nature (most are members of the European Union.  Only three could be deems to be underdeveloped or “third world” and those are Mexico, Turkey, and Chile.  Nearly all are far smaller than the United States and therefore the numbers of those “in poverty” would be expected to be much larger here.  Additionally, those classified as “in poverty” in the United States are far better off with more “conveniences” than those in poverty in other countries.  The United States’ official poverty level is far more generous than those of other countries.  Many listed as in poverty within the US would be considered affluent in many of the countries in that organization.

The American economy is not by any stretch of the imagination “unbridled” given the immense amount of regulatory burden imposed on businesses in this country.  It is far from pure capitalism.  Calling it “uniquely severe” seems a bit self-serving as well.  It paints a very distorted view of our current economy.  Nowhere in the world has an economy been responsible for lifting so many of all races out of poverty to the degree the American economy has.

Recently, historians with an agenda have seized upon race as a convenient argument against capitalism because it fits the agenda of those who seek equal results instead of the freedom provided by the doctrine of “equal opportunity.”

Nobody is suggesting that it was possible to pursue happiness as a slave in those times.  But as slavery was abolished and civil rights legislation was passed, the plight of black Americans made it more and more possible for that pursuit to take place.  While racism existed in the years both before and after the civil war, its prevalence has been reduced to a tiny percentage of the population and is likely never going to be completely erased from existence until the second coming of Jesus Christ.  While that fact is sad, it does not mean that America is still a supporter of racism as an institution like some insist.  Racism is being used, at this point, as an excuse to divide the nation on several levels.

As the essay suggests, slavery was a significant part of American capitalism in its early years but becomes highly suspect with the passage of time. To claim that nearly all of today’s business practices had their origins in slavery is taking things to extremes.   After all, America was a highly agricultural society until seven or eight decades after its founding.  Industrialization was in its infancy prior to the Civil War that ended slavery in America. Much changed for both business and the black American following the Civil War and Industrial Revolution all the way to modern times.

The guiding questions are all clearly worded to support a pre-conceived view of what was important in the development of the American capitalist system.  None of these questions approach the subject in an objective manner.

“The Union passed the bills so it could establish a national currency in order to finance the war. The legislation also created the Office of the Comptroller of the Currency (O.C.C.), the first federal bank regulator. After the war, states were allowed to keep issuing bank charters of their own. This byzantine infrastructure remains to this day, and is known as the dual banking system. Among all nations in the world, only the United States has such a fragmentary, overlapping and inefficient system — a direct relic of the conflict between federal and state power over maintenance of the slave-based economy of the South.”

Here, again, this essay attempts to use completely un-related actions on the part of the federal government as justification for claiming that the entire country’s banking system was designed only to perpetuate slavery.  The need for more land and the finances to develop it were drivers of the growth of banking in America.

The suggestion that the current system of banking in America is focused on maintaining the system that came into being around the same time as the Civil War was solely to perpetuate racism in America is patently ridiculous.  The 2008 economic crisis and the real estate bubble of those years preceding it were largely caused by the ill-advised attempts of the government to threaten lenders who were reluctant to provide mortgages to people who were unable to afford the payments needed to repay the loans.

The Community Reinvestment Act of 1977 threatened bankers that did not lend enough of their money to people who could ill afford it.  The result was a plethora of high-risk loans being made that resulted in a corresponding deluge of foreclosures that collapsed the country’s real estate markets. This law was sold to the American people as an effort to help black Americans become homeowners even though it was placing a financial burden on many that they could not endure.

The answers will depend on whose viewpoint is taken. If someone is aware of how much income they have and then chooses to commit to payment obligations that exceed that income, whose fault is it?  The extensive disclosure requirements that have been used since the mid-20thcentury should be adequate for anyone to know what they are getting into. This is more a matter of personal responsibility than any sort of institutional racism.  In fact, the intent was to reduce discrimination, but should have been tempered with personal responsibility as well.

Admittedly, the financial industry’s culpability in the recession of 2008 were many but most of them were connected to the resale of fraudulently packaged bundles of high-risk mortgages made available as investment devices on the secondary market. These, however, have nothing but a slight tangential connection to the issue of slavery in that many of the sub-prime mortgages were issued to black Americans at the point of the federal gun.

I fail to find compelling evidence that the premise of the second question attempting to connect Civil War Era banking regulations to the recession of 2008.

Check back soon for Part 4 as we continue to untangle the truth that is well concealed within the 1619 Project’s pages.

Gary Gindler: When Being Anti-Communist Makes You a 'Racist'