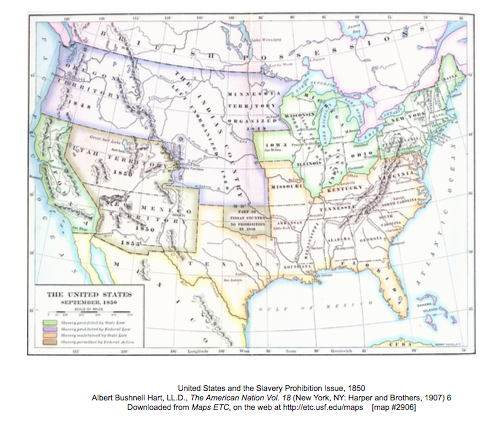 The 1619 Project (which I wrote about in my previous article here) includes 18 essays by prominent black writers that claimed to demonstrate that effectively the entire American story is 1) based on lies; and 2) has only been successful because of the contributions of black Americans.

In every one of these essays, the events and circumstances described are skillfully turned from objective to supportive of those two claims based on the opinions of the writers and the crafting of a narrative that suggests that the founders and government leaders that followed throughout the 1800s and 1900 – even to today – have only one of three motivations and that is to perpetuate the enslavement of black Americans; b) take advantage of black Americans and/or  c) to maintain black Americans’ alleged second-class status where ever possible.

The following two parts of the reading guides to the essays are presented with arguments as to why they present a distorted view of the events of our history and what is actually driving that distorted view and who is truly behind it.  In future articles, I will provide similar arguments regarding essays 3 through 18.  Bear with me in the coming weeks.  It is a fascinating study in propaganda and distortion of history to make a case for an argument that supports a pre-conceived notion.

“Our Declaration of Independence, signed on July 4, 1776, proclaims that ‘all men are created equal’ and ‘endowed by their Creator with certain inalienable rights.’ But the white men who drafted those words did not believe them to be true for the hundreds of thousands of black people in their midst. ‘Life, Liberty and the pursuit of Happiness’ did not apply to fully one-fifth of the country. Yet despite being violently denied the freedom and justice promised to all, black Americans believed fervently in the American creed. Through centuries of black resistance and protest, we have helped the country to live up to its founding ideals…Without the idealistic, strenuous and patriotic efforts of black Americans, our democracy today would most likely look very different — it might not be a democracy at all.”

Slavery has been existing in many forms in nearly every part of the world since recorded history began. To judge the past by today’s standards is to completely distort the context of what was happening and how it came about.  It was not uniquely American nor was it something that the British invented. It was certainly not the cause of the American revolution from British control.

In fact, contrary to the claims of the 1619 Project, slavery was not abolished in Great Britain until long after the American Revolution (according to Reuters.com, the 1807 law prohibited the slave trade but not all forms of slavery). It was not until approximately 1833 that slavery was abolished in England, long after the revolution. There was no fear of Britain prohibiting slavery in America when it was just as legal there as here.

It should also be noted that the first slaves shipped to America – directly – arrived in 1518, not 1619.  Those 19-20 that arrived in Jamestown colony had been previously baptized and therefore were treated as indentured servants rather than slaves. They were released after their period of service was completed.

The societal practices and norms of the day before the revolution and the development of our constitution were such that slavery was a common practice and clearly not a consideration in the minds of the founders when it came to the Declaration of Independence.  The enlightenment of later years was not a consideration until the construction of the constitution called for compromises to achieve success.  Many of those compromises were to assuage the concerns of both the anti-slavery north and the agricultural south that relied on slaves to operate large plantation growing food and textile materials.

In those instances where slavery was at issue – namely, the abolishment of importation of slaves after 20 years (1807), and the 3/5 clause with regard to representation in the House of Representatives – the necessity of compromise in order to produce a finished document was paramount.  The 20 years provided adequate time for the South to adjust their practices to those that were not dependent on slave labor while the 3/5 clause reduced the level of representative of southern states in the House to prevent that region from perpetuating the ownership of slaves legislatively. It reduced that influence as a means of providing for its eventual abolition. It was not out of considering a slave as 3/5 of a human being as many claim to this day.

The guiding questions are clearly leading and presume things that are not evident from the records available.  To suggest that the many things that transpired during the civil rights era benefitted everyone is supposition and depends on the circumstances of each individual.  This is not to suggest that there may be some specific legislative enactments that benefitted more than just black Americans, but most of the laws governing civil rights were relatively narrow in focus and aimed at codifying equal protection and preventing crimes targeting blacks.

“Slavery leapt out of the East and into the interior lands of the Old Southwest in the 1820s and 1830s.” “As new lands in the Old Southwest were pried open, white enslavers back east realized their most profitable export was no longer tobacco or rice. A complex interstate slave trade became an industry of its own. This extractive system, together with enslavers moving west with human property, resulted in the relocation of approximately one million enslaved black people to a new region. The entrenched practice of buying, selling, owning, renting and mortgaging humans stretched into the American West along with the white settler-colonial population that now occupied former indigenous lands.”

“The Old Southwest” that was open to slavery by 1820 was limited to the Missouri, Arkansas Territory, a portion of what is now Oklahoma, and what is known as the Deep South from Louisiana eastward.  The Southwest was still Spanish Territory and remained so until the 1840s.  By 1850, Texas permitted slavery by state law but in all other western territories, slavery was abolished by that date.  It remained legal in the southeastern state until the Civil War.

The freed blacks’ migration to the west was initiated in 1833 from Philadelphia but did not advance rapidly until 1860 and beyond.  I could find no record of slavers transporting black for sale in western territories.

Check back soon for Part 3 as we continue to untangle the truth that is well concealed within the 1619 Project’s pages.