I have seen several mentions of “compulsory national service” in the news and commentaries recently. I thoroughly agree.

I have also seen some social media posts that point out that it would be a step toward that oft-misused word – “Equity” or “Equality. 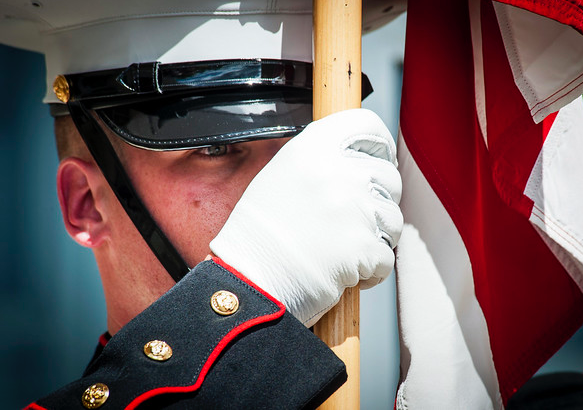 Here is what I believe will serve a number of goals while also eliminating any sort of so-called “privilege” that anyone might attribute to the white race or any other race for that matter:

Many will immediately jump to say that this approach is restrictive and, perhaps, despotic or dictatorial. However, what has been lost in the past 70 years or so has been any sort of systemic discipline that used to serve as a means of shaping character. Yes, that unpopular word, character, is one of the most neglected aspect of child-rearing in recent decades and the results of that lacking are clearly visible in our schools, in our streets, and in our workplaces. Without it, we wind up being a country in peril of destructive forces that prey on the minds of these undisciplined and gullibly under-educated youth.

The actual parameters of such a national service program are, of course, not set in stone, but the most important elements of it is that it applies to every citizen upon achieving the age of 18 years. No “privilege exemption” like college enrollment, physical limitation (other than, perhaps, severe physical or mental conditions that preclude meaningful participation or being married with a child that would otherwise be without means of support).  There are things people can do to serve even if they have bone spurs, flat feet, or even have some more serious physical problems that do not interfere with mobility – where they are still ambulatory.

Until the children/youth of America receive a proper and complete education in our country’s history, government, and constitution, followed by exposure to what it means to serve one’s community and country, there is little hope that the forces of evil that are attempting to influence our children can be pushed back and/or eliminated.  One way to do that is to expose them to the real world before the leftist professors that inhabit our institutions of higher education can twist the truth in their minds with their alternative reality that breeds socialism and activism without principles.  That breeds nothing but chaos as we are currently experiencing.

At the same time, this sort of system could never be claimed to be discriminatory based on race, class, ethnicity, or other consideration. Whatever form it takes, it is a virtual necessity if we are to see a change in future generations that is sorely needed.

While it is not a function of our government to dictate to its citizens which faith tradition they do or do not follow, the encouragement to adopt a belief in a higher power than humankind would also be a serious improvement in our society.  Otherwise, the “anything goes” viewpoint will always prevail and that is counter-productive if we want our country to survive.

An Unresolved Stalemate: Time to Ruminate