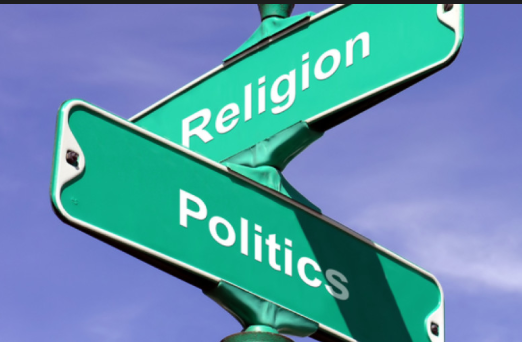 Quite often I like to read the comments following on-line articles to get a sense of what other readers feel is important within the article, topic, or position taken by the author. In the case of Gary DeMar’s article at Godfather Politics (June 2012) the comments are long gone. This disappointed me, but the gist of the article was music to my ears!

DeMar raised the most important question that can be asked of Christians today: Should Christians Disengage from Politics? To that I shout a resounding, “No!” and here is why.

Most importantly, the day the Community of Christ disengages from politics is the day that it admits defeat, turns politics over to the unbelievers, and folds its tents to head for the desert again. How can we expect to elect leaders with a moral grounding in principled Truth if we do not get involved?  If we fail to involve ourselves in the process of selecting our leaders, how will we know how we should vote?

It has been proven over and over again that the so-called Main-stream Media (networks, CNN, MSNBC, etc.) is not willing to provide an impartial reporting of the news, but rather uses “news” to promote their particular ideology or political position and often this slant is noticeably anti-Christian and anti-freedom (as envisioned by our founders).  So what are Christians to do?

We are encouraged to seek wisdom, knowledge and to pray without ceasing. The third gets far more attention by many Christians because it is something that they can do from the comfort of their homes or at church and feel like they are “leaving the outcome in God’s hands.”  I would never suggest that prayer should not be a high priority because, as DeMar points out by quoting scripture…

First of all, then, I urge that entreaties and prayers, petitions and thanksgivings, be made on behalf of all men, for kings and all who are in authority, so that we may lead a tranquil and quiet life in all godliness and dignity. This is good and acceptable in the sight of God our Savior, who desires all men to be saved and to come to the knowledge of the truth.” (1 Tim. 2:1–4).

There is where many Christians find the justification for remaining outside the realm of politics…that “tranquil and quiet life in all godliness and dignity.”   Yes, God wants us to be able to lead such a life without interference or obstruction of our seeking the knowledge of the Truth. However, Paul made no bones about fighting political leaders when they are wrong (Acts 22:23–30), or using his citizenship as a Roman to take the opportunity to “redress his grievances” with the authorities (Acts 25:11–12).

Isn’t that the exact wording of the First Amendment as one of our protected rights?  We have the tools.  We live in a wonderful country in spite of its gyrations and deviations from the righteousness that the founders envisioned in their leaders and citizens. We have gone far astray largely through apathy, but still have the power to express our views.

Until 2007-8, there were periods where family, work, and leisure activities took precedent over political engagement in my life, too. At that time it took some radically anti-Christian, anti-life, anti-marriage, anti-freedom, and anti-free-market policies expressed during the Presidential campaign season in 2007-8 that caused me to sit up and take notice of just what was going on with our country’s government.

Since that time, I have remained engaged and have been aggressively and usually gently (?) pushing others among my acquaintances to do likewise and take notice of just who is running for office and what they stand for, what they promote, and what they believe.  In many cases, you will not find all candidates 100% in lockstep with your personal views, but whether we like it or not we must select the candidates who are closest to what we believe.  Our system does not allow rapid change.  Our founders set it up that way to prevent the whims of the populace from causing radical shifts to and fro that would disrupt that quiet and tranquil life they wished to enjoy.

Take a look at the causes championed by Christians in the past in the face of extreme opposition and political resistance. Issues like slavery (Wilburforce), civil rights (King, Jr.),and the Holocaust (Bonhoefferand Niemöller). If not for Christians speaking out, wouldn’t much of the progress made in the past 200 years be far less successful?

So, enough of talk of disengagement!  In times like these, if we are ever to turn back the damage being done to religious freedom as well as the economic issues we all face lately, every Christian should be examining candidates, attending public forums where they are speaking and asking serious questions that demand answers before they enter the voting booth.  The times requires it. Spread TRUTH!

Greenfield: Jewish Federations are Promoting a Farrakhan Fan Who Told Jews to "Go F___ Themselves"