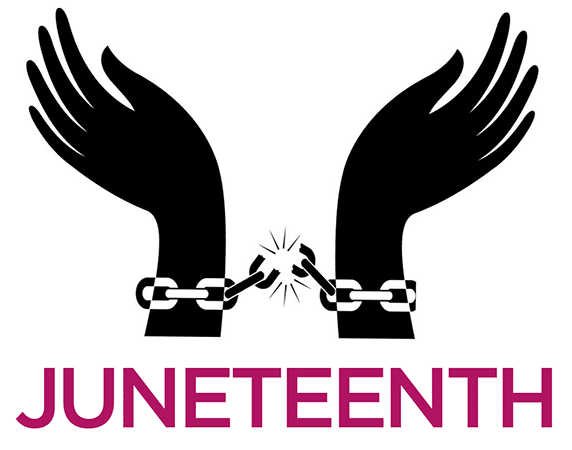 Now that it’s past, the passion is past, and we prepare to celebrate our nation’s independence, why don’t our leaders memorialize the importance of June 19th?

This isn’t someone else’s holiday. It’s a uniquely critical date in America’s long march to fulfill the aspirations of our nation’s founders that, in America, the dignity, equality, and value of every human life would be recognized and protected.

Juneteenth is the day the last slaves in America, in Galveston Texas, were told they were free. It came 2 and a half years after the Emancipation Proclamation had been issued because it took that long to finish America’s Civil War. For slaves, America’s July 4th Independence Day didn’t mean anything. June 19th, Emancipation Day, meant everything.

It isn’t kwanza, the six day holiday celebrated between December 26 and January 1st, that is supposed to give specifically African Americans an alternative to Christmas. Kwanza is rooted in the black separatism and Marxism of its founder, American Maulana Karenga. Karenga came out of the Black Power movement of the 1960’s. He sought to divide black Americans from American culture, values, and ideals.

Emancipation Day is exactly the opposite. It’s a critically important milestone on the path toward racial reconciliation, human dignity, and American unity.

Unfortunately, it took the murder of George Floyd to bring this day to the wide attention of Americans.  Shouldn’t we have been celebrating Juneteenth all along? Slavery was a great national sin. Its demise should not only be acknowledged, but celebrated.

If we did so, maybe there would be a fuller understanding of our nation’s history by all Americans. Maybe rather than tearing down statues of Abraham Lincoln and Ulysses Grant, protestors would know how these men specifically, and millions of other Americans fought, and often died, to end slavery.

Instead, these days our schools teach a corrupt version of history that our founders were all racists; that the first Europeans who came to North America did so to maintain their pro-slavery economy; that our institutions, culture, and economy continue to be rooted in a pro-slavery mentality to this very day. It’s all utterly false. But it provides a convincing rationale for radical change.

Rather than creating an opportunity to learn from our memorials and statues, America’s education system has created a kind of ignorance that seeks to destroy them. Hide our history from ourselves as though it never existed, or is too scandalous to value.

It also fosters anger by convincing blacks they are unable, by their own power and intellect, to rise above the circumstances the system imposes. It promotes a kind of racism that suggests only white “saviors” (i.e. progressive Democrats) can lift the cultural and institutional impediments to black success. Condoleezza Rice called it the bigotry of low expectations, and Democrats have been proselytizing the doctrine for decades. It’s a big part of the reason blacks continue to suffer so dreadfully from poor schools, unsafe neighborhoods, huge numbers of fatherless children, and massive poverty.

Making Juneteenth a national holiday requires an act of Congress. And maybe that’s another reason to make it happen. Maybe that’s at least something Republicans and Democrats can agree with and build on.

It’s hard to believe we haven’t made this a national Holiday before. Teachers unions would probably be opposed since it occurs over the summer, it isn’t a holiday they’d get off work. But then neither do they get off for the 4th of July, and, for now, we continue to celebrate that holiday.

If Juneteenth were memorialized as a national holiday, it might well be an opportunity for all Americans to unite in common cause and continue the pace toward reconciliation and full rights for all Americans. Between June 19th and July 4th, we’d have a chance to celebrate our freedom twice over; once in recognition of slavery’s end, and again on the birth of the most incredible country in the history of the world.

It seems to me, that’s worth considering, and celebrating.

Why Are Leftists in Hollywood the Only Ones Using Blackface?