People suffer from a common malady. It doesn’t matter whether they’re black, white, or brown. It makes no difference if they’re Muslim, Christian, Jew or Buddhist.

It is simply this: ignorance leads to fear, and fear leads inexorably to hate. People destroy what they don’t understand, no matter how good or noble.

When it comes to a flag or a monument, destruction isn’t hard to do. Truth cannot be undone so easily, though with an adequate number of the ignorant, and enough apathy by everyone else, even truth can eventually be neutered for a season.

The left wants to do away with the Stars and Stripes. For some of them, the American flag is a symbol of oppression and white privilege. To them, it represents the inequity they associate with capitalism. They’re all wrong, and wrong-headed.

It’s easy to burn an American flag, it’s a little harder to redefine what it stands for. But it’s nearly impossible to erase from history what it’s actually meant to past generations and what it still means to millions of Americans.  And not just Americans. 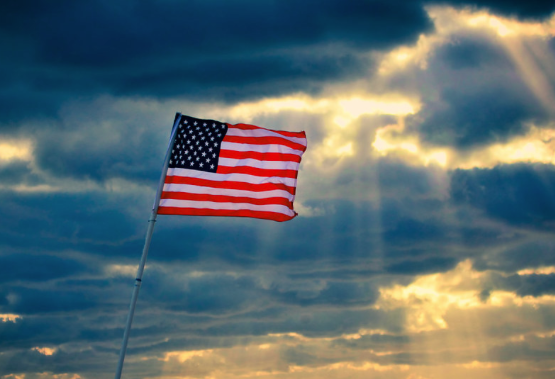 The American flag stands for freedom. The idea that every human life shares in personal dignity and deserves rights granted not by the governments of other men, but by the creator of all. It’s for that reason that Americans have sacrificed, shed blood, and died. It’s why millions from all over the world have risked all, and left all, to come to this country. It’s why protesters against the Communist Chinese government in Hong Kong wave the American flag.

Sadly, it’s also why so many in this country want to destroy that flag.

Professional athletes refuse to stand for the National Anthem despite making millions each year. Their coaches, owners, and managers turn a blind eye, refusing to take a stand though they well know neither they nor their players would fare so well in Cuba, Venezuela, or communist China.

Ironically, it’s the same flag to which most of those elite athletes and their handlers pledged allegiance when they were school children.

But it’s not the flag itself many have died for and others protest against, it’s the aspirations for freedom, goodness, and equality it represents.

Today, on middle and high school campuses across Ameirca, the American flag is banned, but the Mexican flag or Palestinian flag is celebrated.

Colleges and universities which are supposed to engage their students with deep truth, have instead become centers of indoctrination. Much is made of economic and ethnic diversity; diversity of opinion, however, is under threat of extinction.

Rather than advancing us toward Martin Luther King’s hope for a new era of American unity, America’s universities provide students with housing, cafeterias, and classes divided by ethnicity.

Racism? What else can you call it?

Another casualty in the war on our rights is freedom of speech. Twitter opposes it. So does Facebook. So does just about everyone on the left. What started as the distinctly liberal notion that people have the right to say what they think has devolved into a confusing cauldron of political correctness. It gained steam with Obama and his divisive rhetoric that sought to polarize everyone according to class, ethnicity, gender, and income. The leftist media helped drive the division.

The assault on speech rights is one battle in the war against all rights: gun ownership, movement, religion, assembly, property, and legal.

It’s not so much the flag, or the Constitution that guarantees our rights, though they deserve our concern. It’s what the battle against those symbols means for the revision of our history, the devaluation of our individual dignity, and the end of our freedom.

It’s not the flag or the constitution or the monuments that make our country great. It’s the thing they stand for: the idea that a country can thrive by trusting more in the people that inhabit it than the rulers who govern it. Our founders were well aware of the malady of ignorance and evil inherent in the human heart, so they sought to spread control out to the widest degree possible. Spread it so wide in fact that each individual citizen determines for herself her own destiny rather than that destiny being decided by a few“worthies” in power.

First, the Clintons, then Obama-Biden, redefined patriotism as happily paying ever increasing taxes – our “fair” share in their parlance. They reduced patriotism to a punch line.

But happily paying up is not what patriotism is. It is a sign of appreciation, of loyalty, of love for the best our country stands for when it stands for its best. It’s understanding the nation isn’t any more perfect than the individuals that make it up, and it’s up to each of us to move it toward “a more perfect union,” by moving ourselves to be better. It’s a commitment to making our Republic stronger, more prosperous, more generous, and more wise.

Socialism and America are mutually exclusive because the former places the highest value on taking from others what isn’t your’s to take. The latter seeks to expand what is yours by right.

In the end, the left may destroy our symbols, but they will never destroy America because it is an idea based on the power for good that rises out of individual freedom, personal dignity, and limitless opportunity.

That’s the truth against which the left’s ignorance, fear, and hate will falter, and eventually break. And it’s a truth still worth any sacrifice to preserve and promote.

A 4th Of July Missive

Conservative Momma Asks: What Lives Did Jesus NOT Die For?