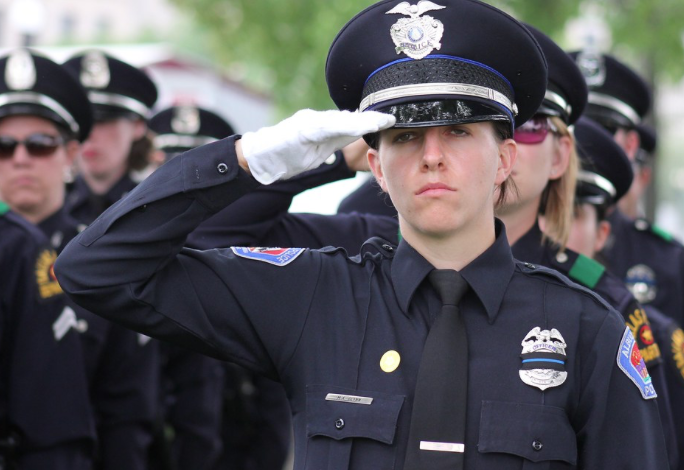 As much as it seems to be the case these days, you in law enforcement, are not alone. Americans may not mention it, they may not even think much about it, but the truth is they know how much they owe you for making the sacrifice to protect and serve. Not just white Americans either. The overwhelming majority of Americans – 90% or so – know the alternative to a professional and well trained police force. Anarchy, chaos, and mayhem. Quite literally, murder.

There are, however, that group of fewer than 1 in 10 of Americans who abuse you and your fellow officers. Sadly, they show little regard, and even less respect, despite the serious danger, low pay, and often miserable conditions under which you operate daily.

In the past 4 weeks, since“peaceful” protests started, more than 800 of your fellow officers have been injured trying to do their job. Most of us are horrified when we see demonstrators assault you and your fellow officers with bricks, rocks, sticks, and bottles of urine. We’re appalled to see your squad cars go up in flames. And we’re disgusted that liberal politicians in charge of the cities where these events occur are stabbing you and your departments in the back: making excuses for rioters, making false allegations of police abuse, forcing you to sit on the sidelines, and cutting your funds.

Liberal Democrats have run nearly every big city in America for more than 4 decades. Cities like New York, Seattle, Los Angeles, San Francisco, Minneapolis, St Louis, Atlanta, Chicago along with most other big cities in America are run by liberal Democrats.

We are as exasperated as you when these liberal political overlords allow rioters to run rampant, tie your hands, and allow innocent civilians and small businesses to be assaulted without protection.

We’re also dumbfounded to watch those liberal politicians lead the charge to reduce funding for your departments – or eliminate them all together – because they’re afraid of antagonizing the BLM and ANTIFA radicals. For years, those politicians fought for bail reform, allowing criminals to be released from jail scot free. Then they expressed shock that crime went up. Now, they’re making excuses for the violence of protestors, until, that is, the violence touches their own homes or neighborhoods. Then they’re quick to demand you and your departments get involved and find the perpetrators.

But, as you know so much better than we do, once the left lets thugs get away with looting and burning, the lawless feel empowered to do whatever they damn well please. Reports show demonstrators beating a 92 year old woman, sucker punching a policeman with his back to a thug, stealing train loads of big screen TV’s. In most of the cities where liberal politicians once ruled, and where police have been forced to stand down, gangs of violent protesters have taken over many of the streets. Where that’s happened, one complaint or cross look can earn bystanders a beating.

None of us want the U.S. military to take control, but what choice will there be when the leftists pull the rug out from under you so you can no longer do your job and the rioters have more guns than you have?

Given how liberal politicians have betrayed you and your fellow officers, very few Americans out there will blame you for calling in sick with the Blue Flu.

Still, the great majority of Americans hope and pray that you and your families will have the courage, character, and stamina to keep doing your jobs – even when progressive politicians tell you not to. To obey those leftist politicians is to violate your oath to defend the constitution, protect law abiding citizens, and allow violent law breakers to take over.

Please know we are well aware the only reason we can feel safe in our homes, allow our children to play outside, or not worry when our wives go to work is because we know, that in the event of trouble, you are only minutes away. We trust you’re still responding to the call from an elderly woman who hears a man in her house, you’re still taking drunks off the road before they kill a bus load of children, you’re still shooting hoops with the kids on the court – especially in the worst neighborhoods.

Even when we don’t think about it much, we are well aware of you. The very fact, we take our safety for granted shows our trust in how well you do your incredibly important job. We appreciate the risks you confront, we know the often terrible toll the strain takes on you and your families.

We pray you continue to show up. That’s the hope we all share no matter our political beliefs. It’s one of those things that holds us all together even now. It’s the glue that keeps civilization functioning.

With undying thanks, we honor you.

Greenfield: "Give Me Money Or We'll Break Windows"