The Washington Redskins agreed to change a name that offended no one except white leftists, but the media, which always speaks with forked tongue, is demanding more sports scalps.

The Cleveland Indians have issued a statement whining that “the recent social unrest… has only underscored the need for us to keep improving as an organization on issues of social justice.”

Remember when the Indians were just known for being cursed with the second-longest championship drought in sports, now they can be cursed for their commitment to social justice.

The curse used to be known as the Curse of Chief Wahoo, but he’s already been purged for political incorrectness. And now the Indians announced that they’re “committed to engaging our community and appropriate stakeholders to determine the best path forward with regard to our team name.” Those stakeholders won’t be their fans or anyone who knows what baseball is. 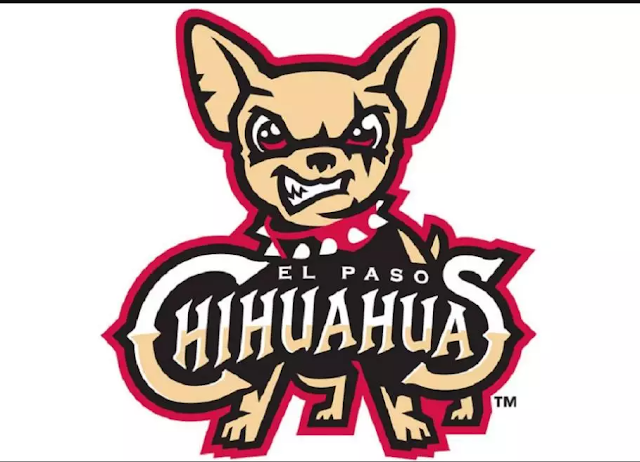 But the purge of Indian names from sports is just getting started.

The Kansas City Star ran a piece declaring that, “It’s time for the Chiefs to defuse the cultural offenses they enable and reflect”. The editorial though quickly goes beyond blasting the Chiefs, to declaring that America is genocidal and that the Declaration of Independence is racist.

Remember when American newspapers didn’t entirely consist of headlines that looked like they were badly translated from Chinese Marxist rants? Maybe it would be easier to rename the Chiefs, the Kansas City Marxists. We could call them the Reds, but that name is taken.

The Atlanta Braves have said that they aren’t changing the name, but will consider getting rid of the tomahawk chop. But the only thing appeasement half-measures accomplish is putting blood in the water. And once social media piranhas smell blood, they’ll never stop until they drink it.

The Black Hawks are currently refusing to change their name, but are promising to, “expand awareness of Black Hawk and the important contributions of all Native American people.”

As if that will protect them from a mob of angry white leftists who couldn’t care less.

The culture war isn’t hitting sports because white lefties, some of whom claim to be Native American activists even though they have the blood quantum level of Elizabeth Warren, care about the feelings of American Indians, but because it gives them the power to terrorize people.

The movement has already moved north of the border to Canadian football where the Edmonton Eskimos announced that, after “an extensive year-long formal research and engagement program with Inuit leaders”, they’re currently keeping the name.

Boston Pizza, among other sponsors, is pulling out because a Canadian pizza chain founded by a Greek immigrant named after something it’s not, doesn’t want to be associated with Eskimos.

The lefty media has already moved beyond Indian names, sensing that well might soon run dry.

They’re “not so far off from being called the Texas Klansmen”, Attiah huffed.

That’s big coming from a Jeff Bezos employee who had tweeted that, “White women are lucky that we are just calling them ‘Karen’s’ and not calling for revenge.”

Maybe the team can move to D.C. and change its name to the Washington Post Racists.

Not that it’s going to stop there.

Statues of George Washington, Thomas Jefferson, and Columbus are under attack. CNN is denouncing Mount Rushmore as a symbol of white supremacy. It’s only a matter of time until the Patriots, the Cowboys, the 76ers, 49ers, the Trailblazers, Nuggets, Spurs, and any names that reference American history, settlement and westward expansion, will also be banned.

That includes the Yankees and the Knicks, whose names are already forgotten national slurs.

The two New York City teams got their names from the slurs that the English settlers used to hurl at the Dutch settlers who wore short pants, or knickerbockers, and the slur John Cheese or Yan Kees, that the Dutch hurled back at the English usurpers. That won’t be the issue for the culture war mob, which doesn’t care about the slurs that different groups of white people called each other, but they both ‘problematically’ reference the European settlement of New York.

Both teams could change their names to those of local Indian tribes, but that’s already off limits.

Some media editorialist will, eventually, link the Cleveland Cavaliers to the Southern cavalier mythos and accuse them of white supremacy. The English Civil War would seem to have little to do with a Cleveland team, but King Charles I was involved in the African slave trade.

“The name Cleveland Cavaliers represents a group of daring fearless men, whose life’s pact was never surrender, no matter what the odds,” the fan who won a contest to name the team wrote.

We’ll see how long that lasts.

The Tampa Bay Buccaneers will come under fire once someone realizes that their namesakes were involved in the slave trade in ways that were far more brutal than anything in Virginia.

And if you’re going to get rid of them, the Pittsburgh Pirates will probably have to go too.

The Minnesota Vikings might seem safe, since the Vikings largely focused on European slaves, but they did deal in at least some African slaves, which would also put them off limits.

What names would still be safe? Birds, animals, colors, and the climate. Just avoid history.

And the safest names will be corporate brands. The Washington Redskins are trying to figure out what to rename their team because FedEx gave the Redskins an ultimatum. They might as well just call them the Washington FedExes to celebrate the new politically correct corporate oligarchy which enforces political discipline through firings, indoctrination, and ad campaigns.

A nation with no history, no mythos, and nothing to take pride in except for the million dollar losers at the local stadium is a lot easier for all sorts of people and organizations to rule over.

The simplest solution might be for every team to change its name to Black Lives Matter.

Dr. Fred Eichelman: Children Today VS. Children in the 1940’s