Baltimore, Cleveland, Denver, Milwaukee, and Pittsburgh are among the cities that have officially declared that racism is a public health crisis. A number of states are also moving in that direction. Senator Sherrod Brown intends to push a similar resolution in the Senate.

The medicalization of racism has been backed by the American Medical Association, whose heads have called on “health institutions and physician organizations to explicitly denounce police violence” and urged “clinics, hospital and healthcare providers to review and reconsider their policies and relationships with law enforcement”.

Considering the already fraught state of emergency rooms in urban areas where the victims and perpetrators of gang violence show up every weekend, that would be catastrophic. It would lead to fewer doctors, fewer ERs, and worse outcomes for black patients in urban areas.

But missing ERs and higher rates of young black men shot in urban areas are the AMA agenda. 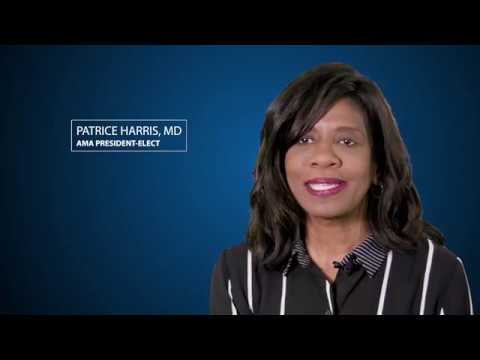 It did not discuss what effect living in an area where people are routinely shot over the weekend has on mental health, or what the effect of shutting down the police and quadrupling the shootings would have on mental health. Not to mention on the physical health of those shot.

But the medicalizers of racism don’t care about the black lives they claimed to be defending.

“The APA believes that all forms of racism and racial discrimination affect mental health and well-being,” the American Psychiatric Association argued.

“Racism is a longstanding public health crisis that impacts both mental and physical health,” the American Nurses Association declared.

“Racism is a public health issue,” the American Academy of Pediatrics tweeted.

Medicalizing racism adds a new dimension to an issue that has become ideologically defining to Democrats and vital to their grip on the political arena. While such claims are medically dubious, the layering of medical jargon over political issues has been routine in the battles over gun control and global warming. The AMA had already declared the Second Amendment a public health crisis and urged that America dismantle its nuclear weapons for “medical” reasons.

And, much like defunding the police, the public health crisis gimmick helps divert public funds to left-leaning organizations so that they can battle a crisis that they lobbied to bring into being.

But the medicalization of racism has more troubling implications for people of all races.

Public health experts have argued that they were right to oppose Reopen protests by conservatives, but support Black Lives Matter riots, because racism is a public health crisis.

As a widely recognized public health crisis, racism events would enjoy a unique status during the coronavirus pandemic by leveraging a real public health crisis against an ideological one. An Oregon county even exempted black people from wearing masks before being forced to retreat. Unofficially, such policies have been widespread in major urban areas, including New York.

Black people have been dying at a higher rate of the coronavirus. The Black Lives Matter rallies and racial exemptions are unlikely to have helped, arguments from public health experts to the contrary. But the medicalization of racism insists that the higher black coronavirus death rate was caused by systemic racism, and mass rallies are actually a way of fighting the virus.

That’s how the medicalization of racism can actually end up killing black people.

We actually don’t know why black men are dying of the virus at a much higher rate, and while there are a variety of medical theories focusing on chronic conditions and Vitamin D levels, the medical field has been bombarded with pseudoscientific claims about redlining and stress caused by racism. The acceptance of social arguments over medical ones can only obstruct the medical research that is necessary to actually understand the problem and offer real solutions.

Initial data tells us that some groups appear to be more vulnerable to the virus than others.

In the UK, Jewish men are twice as likely to die of the virus as Christian men are. That isn’t likely to have anything to do with antisemitism, redlining, or any of the other nonsense.

Undermining actual scientific research with social justice agendas hurts the people that medical research might be able to help. But the AMA, APA, ANA, and Democrats are more concerned with political agendas than the medical challenge of lowering black coronavirus death rates.

Calling racism a public health crisis and assigning blame for any and all problems to white people, will obstruct actual solutions while harming black people for a political agenda.

But the medicalizers of racism are perfectly happy with higher black death rates, whether it’s heart attacks or the coronavirus, because black misery upholds their political power. And the AMA, APA, and ANA choosing a political agenda over black lives is medical malpractice.

Some of the most notoriously corrupt urban areas in the country are just as happy to medicalize racism because it means that more money will flow into the pockets of special interests without improving the health outcomes for black communities in those areas by a single year of life.

These areas have operated for generations by treating black people like a stock they can cash in on by ‘shorting’ them repeatedly because the worse things get, the more money comes in.

Medicalizing racism gives them what they want politically while accomplishing nothing medically.

Declaring racism a public health crisis will amp up black victimhood and white guilt in ways meant to shift money and power further into the pockets and hands of the Democrat Party.

Americans have already seen how a public health crisis can be used to massively erode their constitutional rights. And they’ve seen how false claims of racism can be used to terrorize entire cities, silence dissent, and enact a national agenda. But what happens if you put the two together? That’s the big question mark at the tail end of declaring racism a health crisis.

Opponents of free speech have spent the past decade claiming that ‘hate speech’ causes literal harm. Medical backing for the claim that stress caused by racism is behind the higher death rates and medical conditions among black people is an argument for an end to free speech.

Traditionally, the red line for free speech has been actual harm. If politically incorrect remarks are held to be the medical equivalent of stabbing someone with a knife, the First Amendment disappears with Freedom of Speech and Freedom of the Press as the first casualties, and Freedom of Religion following close behind, as all forms of ‘hate speech’ are medicalized.

The Democrats have built a political movement and now a religion around racism. This ideological cult harms both black and white people. And if its growing inroads into American life are not stopped, it will eliminate not only statues and place names, but the Constitution.