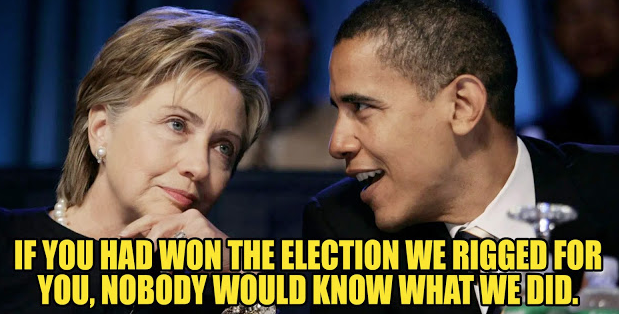 Yes, the going is truly weird as we approach the upcoming 2020 elections. The whole notion of social distance voting is as attractive as wearing a mask. We also have to consider and vote against the socially distant politician. Those same politicians that are distant from the reality that faces the majority of working Americans.

As an American patriot it is my responsibility to vote and, even more importantly, to make sure that my vote is accurately counted.

The Democrat leftists are acting more and more like cornered animals. Prone to bite, twice as hard. I refuse to be frightened by these Pollyanna bullies. Directly, I do not trust mail in ballots. I am more than willing to socially distance myself from others while voting.

I have to do my part in helping to keep Joe Biden out of the Oval Office. Almost equally important to me is showing the Governor of the State where I reside, North Carolina’s Roy Cooper, the exit door out of the Governor’s mansion.

But I am fearful and I have some real concerns. Recently, I received from a North Carolina political action group a voting registration form in my deceased Mother Jean’s name. My Mother was a resident of Virginia where she lived with my brother Jeff. She died there in 2018.  She never lived with me nor was she ever a resident of North Carolina.

In the course of five days I received, in total, three voter registration forms: two in my Mother’s name and one in the name of Jose Ingmire. As far as I know, there are no Jose’s in the current Ingmire lineage.

I can only imagine what my Mother would say about having her name on an unrequested registration form. It would not be a pretty or a polite conversation.

As a concerned citizen, I contacted the North Carolina State Board of Elections in Raleigh. The operator, who never introduced herself, thought that it was no big deal that I received a unsolicited registration form in a deceased person’s name. When I stated I wanted to file a formal complaint, she unprofessionally cold-transferred me to the Investigation Unit.

The Investigator answered, “Hello?”  He also never introduced himself and stated he was quarantined and was conducting his “investigations” in the recesses of his apartment. He took my information, but gave no opportunity for a follow-up with him.

Where I live in North Carolina is composed of various counties surrounding, in my case, the City of Charlotte. All three forms had a postage-paid return envelope for the registration form addressed to be returned to the Mecklenburg County Board of Elections.  Well, if the State Capitol voting officials are lackadaisical, maybe the County will care?

Nope, the County individual also never introduced himself and stated that all political action committees were participating in the same activities. Well, some people work and some merely work towards retirement. These three individuals were obviously part of the latter group.

None of the three had the basic manners or decency to acknowledge how upsetting it may have been to receive a form in my recently deceased Mother’s name.

This cavalier mailing of blank voter registration forms worries me to a large degree. Especially when you consider the lack of any real enforcement of voter I.D laws. That is more worrisome than wasted conversations with incompetent State and Local hacks. With the COVID crisis there is a push to vote by the almost proxy mailing of ballots. I do not trust the veracity or accuracy of the mail in vote. This will undoubtably lead to a stolen election.

Looking at 2020, it is far too easy to read the agenda of the Democrat Party. Former Vice President Joe Biden seeks to look “hip” as he embraces the new socialist agenda of the leftist faction of the Democrat Party. Joe Biden is being co-opted by AOC and her leftist cohorts in the party. He is so desperate for the job of President, he will take a knee before the far left; any time, anywhere.

Joe Biden is a poltroon or a utter coward. Definitely an attribute of the your average bully. Joe Biden behaves like a bully who is a natural poltroon when anybody ever calls him out on his questionable record.

America, are you foolish enough to vote for Joe Biden?

Joe Biden, who was a friend of Senator Robert Byrd who was, in the course of his life, the Exalted Cyclops of the KKK in his region of West Virginia? A man’s character is consistently determined by the quality of his friends.

I wrote about the Byrd/Biden connection in my recent Politichicks article, The Devil of Our Divisions. The article also articulated that Joe Biden, as a Senator, was the author of the Violent Crime Control and Law Enforcement Act of 1994. This bill is more popularly known as the Clinton Crime Bill.  Arguably, a bill that had an element of underlying racism in its application and that actually may have been one of the most racist bills in recent legislative history.

Joe Biden claims that he will bring “Union wage” jobs to America. How are you going to do that, Joe?  The Obama Administration had a record for one of the poorest records of economic recovery since World War II. Have you had an epiphany, Joe, and have you become an “economic guru” in your time in the basement?  The Obama Administration enacted over 20,642 business crippling regulations in 2016 alone. Over 22 billion in new regulatory costs were imposed on Americans that year. The Obama Administration did not build businesses, they attempted to destroy the active business principle of America.

Early in his campaign, Joe Biden stated his slogan was MAMA. An abbreviation for Make America Moral Again. Moral? Like the morality of threatening a Ukrainian Head of State if they don’t fire a prosecutor who is investigating your son’s activities in the Ukraine?

Biden is currently listed as a criminal suspect in a Ukrainian court. Maybe President Trump should just extradite Biden to Ukraine and skip this election farce?

In reflection, the eight years of the Obama Administration was an active criminal syndicate and a betrayal of the American people.

The Obama Administration handled the H1N1 pandemic in a poorly executed manner, paid off Iran for an American traitor, practiced illegal regime changes in North Africa, betrayed four brave Americans in Benghazi, sold part of America’s Uranium rights to the Russians.  A short list among many forms of constitutional malpractice.  Joe Biden was in the heart of this horror and he wants our vote?  I’ll pass.

In my opinion, Joe is morally bankrupt and intellectually challenged. His record in the Senate and as Vice President is full of avarice, greed, incompetence and criminality. His behavior as Vice President should be examined and perhaps prosecuted in a criminal court. Make no mistake, he is unfit for duty, in more ways than one.

Except for perhaps Abraham Lincoln, President Donald Trump has dealt with a level of resistance that has been unprecedented in American history for any President. From a DNC paid for faux Russian dossier to an unconstitutional impeachment process. He has also faced a vastly unfair American mainstream press. An American press that should never be read or watched again considering their lack of basic journalistic integrity.

President Trump has dealt with a United States Congress that is, in turn, both cowardly and criminal.  I am concerned America. Time to clean house in both Houses of Congress.

Will any of the billion dollars given to Black Lives Matter by Bank of America find their way to the Democrat campaign coffers? I have my suspicions. The results of the 2020 Presidential election will determine the future freedom of America. Our eyes must remain wide open.

In recent months, we have been manipulated and divided as a country because of a biological weapon created by a hostile foreign country. We have been manipulated and divided by terrorist groups seeking inappropriate attention as they practice vapid historical negationism and anarchy. Do not let the criminal deep state divide our vote. At long last have we not had enough of this conspiracy of Washington Jackals?

"Hate" Isn't the Way to Unrig the System