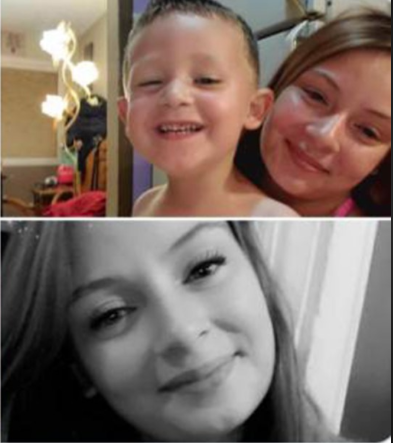 Does anyone believe black lives don’t matter? The left wants us to insist on never saying anyone else’s life matters because by doing so we denigrate the idea that black lives matter.

Apparently, some of them are even willing to kill over it. The family of a young white mom in Indiana found that out when Jessica Doty Whitaker was shot and killed for uttering the politically incorrect phrase that “all lives matter.”

It’s getting crazy out there.

Mayor BillDe Blasiois a Marxist. I’m not exaggerating by the way. He visited the Soviet Union in 1983, went to cheer the Sandinista revolution personally in Nicaragua in 1988, and honeymooned with his wife in Castro’s Cuba in 1994. De Blasio thought it would be fun to paint “BLACK LIVES MATTER” in bright yellow down New York City’s 5th Avenue.

It wasn’t an original idea, he copied what several other mayors have done in their cities. He also told anyone who would dare paint over his “mural” to expect arrest and prosecution. Interesting since burning down a grocery store, or looting a Macy’s on the same block, gets you not even a slap on the wrist. But defacing De Blasio’s art project gets you locked in the slammer.

Don’t misunderstand. I’m not suggesting we shouldn’t celebrate the noble sentiment that black lives matter. What I am saying, however, is that painting black lives matter on the street, when you’re also costing more jobs for minorities, putting up barriers that prevent minorities from starting small businesses, and banning more and better education choices for minority families is not only hypocritical virtue signaling, its repulsive.

Besides, “black lives matter” is not actually what De Blasio means. If it was, he wouldn’t be cutting the NYPD’s budget by $150 billion and making black neighborhoods even more vulnerable to gangs, drugs, and crime.

What De Blasio is actually signaling with his “art” is that he supports the aims of the Marxist leaders of the organization, Black Lives Matter. Incidentally, it’s probably a violation of federal law since the openly Marxist Black Lives Matter also gives their political money to Democrats like De Blasio. In effect, De Blasio created his “mural” with taxpayer’s funds to promote an organization that provides his campaign financial support – a violation of state and federal election laws.

Though I live in Connecticut, I often have business meetings in New York City. While there, I’ve noticed two very different groups of black Americans.

The second group knows what the first group is doing and they’re embarrassed by it. They don’t want to be associated with it. On the street, they’ll smile and kind of give you a look that says, “I’m not part of that other group, and I’m sorry for their bad behavior.” I appreciate it, but feel terrible they believe they must act apologetically. That’s not the way people should live in this country.

The leadership of the organization Black Lives Matter has openly stated they want to destroy capitalism and tear down our society.

That’s the real reason they want to defund the police. They know with fewer police; there will be more looting, more theft, more violence, more murder. They know that with all that violence the pillars holding society up will eventually erode and fall down. I’m talking about the moral pillars of decent conduct, personal responsibility, and concern for others. The leadership of Black Lives Matter knows that most Americans won’t voluntarily turn our country into a socialist dictatorship unless they make conditions so hellish people give up on freedom, and give up on one another.

Biden, and other Democrat leaders, support BLM because they want power. They think such groups will help deliver it to them. They think they can use such groups without eventually turning control over to them. But, if there’s one thing we’ve learned in the last few years, it’s that every time Democrats think they’re using some group to take power, that group takes over their agenda. We’ve seen it with the teachers unions, the radicalized gender identity folks, the public employee unions, the trial lawyers, the Democrat Socialists like Bernie and AOC, and now we’re seeing it with the Marxist Black Lives Matter organization.

Democrat’s thirst for power has blinded them to all the damage being caused by groups like Black Lives Matter, Antifa, Seattle’s CHOP, and, most recently, the Pacific Northwest Youth Liberation Front. Democrats don’t care about the restaurant owners they bankrupt, the shop owners they put out of business, or the working families who depend on those jobs. They certainly don’t care about the taxpayers who will eventually pay to rebuild. They care only about channeling the rage of the mob into electing more Democrats.

Corporations are no better, and no smarter. They think they can escape the condemnation of the woke mobs. What they don’t get is that the mob they believe they’re appeasing with their doing away with Aunt Jemima and the Redskins; with their turning athletic jersey’s into billboards for BLM grievances; and with their playing of the black “National Anthem” won’t satisfy the mob.  The mob are Marxists. They hate you, your businesses, your sports franchises, and your media companies. They want to destroy your corporations, not change them.

The hate, division, and fear that Democrat leaders think they’re channeling into Democrat victory will eventually destroy our country unless we resolve to beat it back.

I’m convinced that only unity will build a better nation. But unity is the opposite of exclaiming one group matters – no matter how big the letters painted on America’s avenues. Only when we stop cowering, and finally proclaim, as Jessica Doty Whitaker did, “all lives matter,” will we begin the real process of healing.  And that’s when we’ll make real progress toward building the country most Americans want. One that lives up to its name, and it’s aspirations.

School Must Re-Open Or Education Dollars Should Follow the Student