“If ignorance is bliss, why ain’t more people happy?”
-Why Come, Dr John

The current American experience is starting to resemble a horror film on an endless loop.  There has been a dark mentoring of the chaos by countless individuals in recent years.  That list of mentors includes former Presidents, current political hacks and a nefarious press.  That list also includes wealthy Americans who want to fundamentally destroy America and who can provide the resources to do so.

I have never seen a time in my life where media and power-hungry politicians could probe people’s emotions and whip them into such a frenzy in order to control and manipulate them on such a grand scale.

One day, it’s fear and panic. The next day, it’s rage, self-loathing, and misplaced guilt. And if one even dares to question, or is noncompliant with the ridiculous “solutions,” there is hell to pay, and there is an army of Karens waiting for them.

I have sat here and watched well-intentioned people be manipulated into believing the most ridiculous lies. It just makes me realize they are trying to keep us distracted from what is really happening. 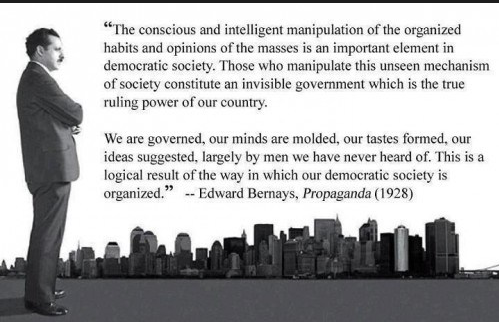 I agree with Sonya. I also have determined that a divided and manipulated populous is an inattentive populous. Politicians and public figures who live consistently in the Church of the Almighty Me are truly lost. They seem to be morally and spiritually bankrupt and are generally evil and corrupt people.  If we truly want our country back we will have to look at that evil directly in it’s cold, jaundiced eye.  Whether those evil components are from internal or external forces, no matter. We must stop turning a blind eye to evil.

In consideration of our current America, I am continuously amazed at the varieties of the manipulations of our people. Many masks of manipulation worn badly. Think about our short journey since March 2019. Here are a few brief points in a growing list:

The Mueller Report: The real Russian collusion story and attached dossier was brought and paid for by the DNC and members of the Obama administration.  It was a  failed attempt to secure the presidency for Hillary Clinton.  This was done in an attempt to violate the 4thAmendment rights of then citizen, Donald J. Trump.  A profoundly dark and evil FISA abuse.  The Mueller report was released in March 2019.  It  was a 30 million dollar waste of our taxpayer money.  As a thinking American, I hope that the Rosenstein report and subsequent hearings will start shedding the light of accountability on the Obama Administration.

The Ukrainian Collusion/Impeachment Circus:  Face it America, Congressman Adam Schiff lied to you and was paid by your tax dollars to do so.

There was no quid pro quo with the Ukrainian government by President Trump. Subsequently, House Speaker Pelosi instituted an unconstitutional process in her attempt to issue two flimsy articles of impeachment against President Trump.  No character nor principles of duty are visible within the consistent and active hypocrisy of Pelosi.  She wears a cracked and deeply disturbed mask

The COVID Pandemic: Ironic, while the two House Articles of Impeachment were being voted on by Congress, a worldwide COVID pandemic was starting.  President Trump denied travel into the United States from China.  For his efforts, Trump was called racist and xenophobic by poisoned poltroons such as Biden and Schumer. President Obama’s “pandemic protocol” was an executive order that was never enacted beyond the paper it was written on.

We need a Federal law governing future pandemic outbreaks as many of our state and municipal leaders have proven themselves to be largely clueless. However, they do wear the mask of incompetence well.

The Murder of George Floyd and Subsequent Riots: On May 25, 2020, George Floyd, a 46 year old Minneapolis Black citizen, died after a white police officer, Derek Chauvin, placed his knee on Floyd’s neck for nine minutes. This was done while Floyd’s hands were handcuffed behind his back. George Floyd repeatedly said to Chauvin and three other officers that he could not breathe. A mask of evil with a badge behind it.

There are reports that the cop and Mr. Floyd worked at the same club. There should be a investigation into what off duty activity the cop was engaged in. We have rogue cops that abused their power and all of them should face the appropriate justice. Of the four cops involved one was white, one was Asian, one was from Somalia, and one cop was black. It didn’t look to be about a lack of racial diversity on the police force. In America, many of these protests have been lead by the designated terrorist organization Antifa and members of the Black Lives Matter movement.

I believe in peaceful protest. It is our Constitutional right. But there is no tenet in the Constitution protecting the practice of active anarchy as practiced by Antifa. One point of violence does not warrant or justify thousands of incidents of violence, destruction of private property and vandalism. I have to ask the question: Who funds groups like Antifa and Black Lives Matter? If you financially support violent groups who incite riots are you not equally culpable?

Additionally, there is no  social distancing among these social dissidents. They are burning the churches we cannot attend. Not that it matters to these thuggish miscreants. 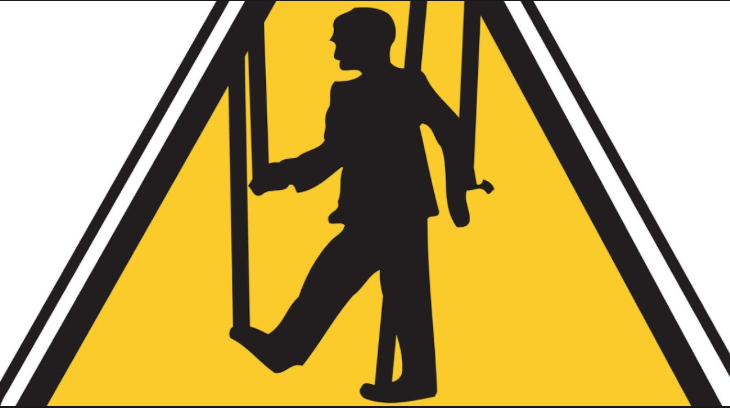 Black Lives Matter has railed against the alleged systemic racism of the members of the American Police Force. I find it to be both ironic that the cities that have suffered the greatest violence and destruction, in the wake of Floyd’s death, actually suffer from systemic liberalism. For it is liberalism, that perpetuates the plantation paternalism of the Democrat Party. In two hundred plus years we have gone from plantations to projects. Consider Joe Biden’s recent comment in an interview about a person not being Black if they don’t vote for him. That makes a solid point for my argument regarding our current plantation paternalism.

All lives matter, Black, Red, Brown, Yellow and White. Police lives matter and private citizens lives matter. No private citizen should have their businesses destroyed to prove a point of anarchy as demonstrated by a violent mob. If you want your life to matter consider acting with an appropriate level of intelligence and respect.

It is quite disturbing that members of the Black Lives Matter organization are actually asking citizens to say a “solidarity pledge” in support for their efforts. Some of our citizens are actually kneeling while saying this pledge. Personally, I do not kneel before any man, woman or child, I only kneel before God.

The death of George Floyd should be mourned appropriately by all citizens who value life. To reiterate, all lives matter. But there is a responsibility that we share as citizens even in the midst of our mourning. We should act as citizens who respect each other’s right to an unencumbered life. If we mourn, it should not be considered through the blindness of violence.

Know who divides you from your fellow citizens and why. They are seeking a destruction of America.